Jenny Lamond has been baking ever since she can remember. As a child, she remembers ‘repurposing’ an old wooden apricot box into a makeshift oven with which to ‘bake’ her mud pies. Not quite achieving the flavour she hoped for, she went on at the mature age of 10 to help at her friends, mum’s bakery – where she also remembers making biscuits and custard squares (real ones this time). Eventually, Jenny (born in Cromwell and grew up in Wanaka) went on a four-year baking apprenticeship where she remembers being in an industry of mostly men (it was all about bread back in the day) and making ‘apprentice of the year’ after graduation. In the 30 years since Jenny remembers spending most of them around ovens perfecting that mud pie, now known as her famous Lamond Chocolate layer cake. 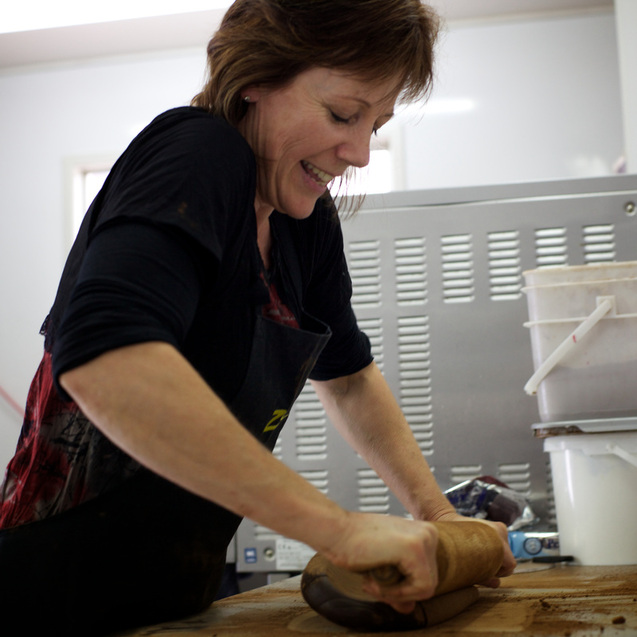 Jenny’s mother-in-law (Mrs. Lamond) passed down the family recipe which Jenny now uses in her chocolate wedding creations. You have to taste this moist dark cake to believe how sumptuous it is. The texture is spongy and rich in chocolaty flavour, and the ganache a simple, yet heavenly mix of pure cream and dark chocolate. The chocolate layer cake is just one of the many recipes Jenny has gleaned over the years from family, friends and the entire world. Her personal recipe journal has hundreds of stories, ideas and ingredient lists that she calls on every day.

After Jenny’s baking apprenticeship she went on to work in a Wanaka bakery before moving to Queenstown in 1990 with her Jetboating husband Mark. Jenny commuted all the way to Arrowtown for her next job at Leibers (now called the Arrowtown Bakery) until after a few years and two kids later, Jenny started looking into running her own business. Instead, she ran into Angela and Nathan Imlach who brainstormed with her about using the Raeward Fresh’s new kitchen as a joint startup. The store was just about to open (back in 2003, formerly as The Mediterranean Market) and Jenny became the founding pastry chef. Win, win. 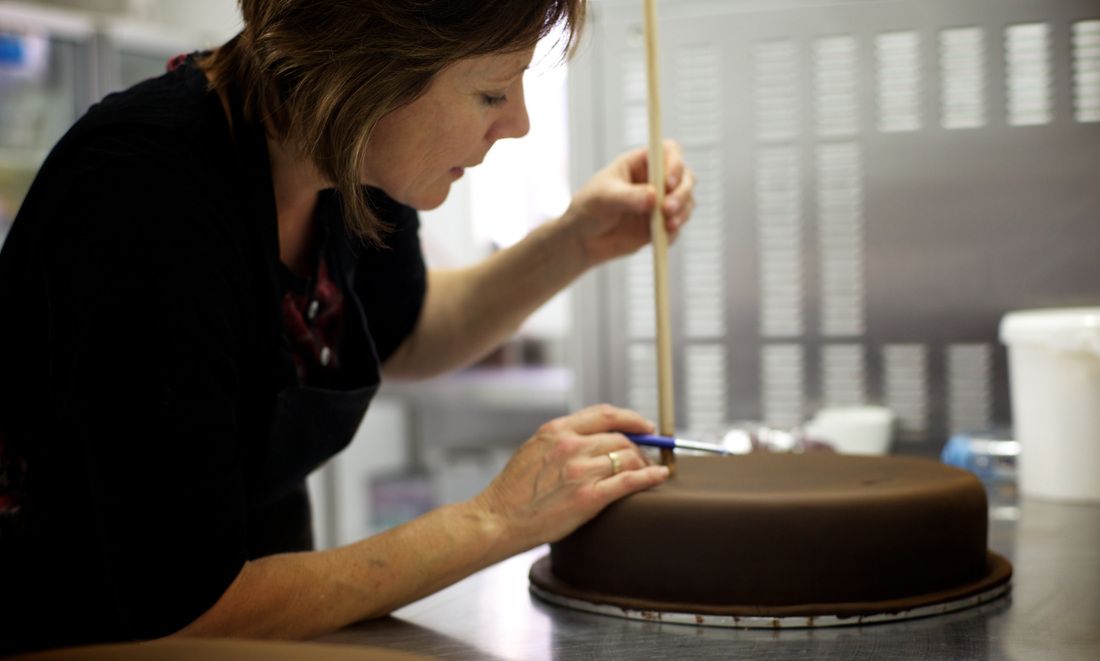 Angela and Jenny have been co-creating together for 10 years now. Jenny regularly creates a wide range of lovely cakes (a fabulous carrot cake, a gin and lime marvel and a lovely lemon syrup cake), decadent pies (a creamy banoffee, a boysenberry cheesecake and lemon meringue) and a line of biscuits that literally fly off the shelves. For her part, Angela constantly suggests ideas for new products which comes from magazines, chats with friends and her own tastes. Along with Rebecca Hunter’s regular birthday and wedding cake consultations, Jenny gets constant feedback to decide what’s coming next in that luscious cabinet. 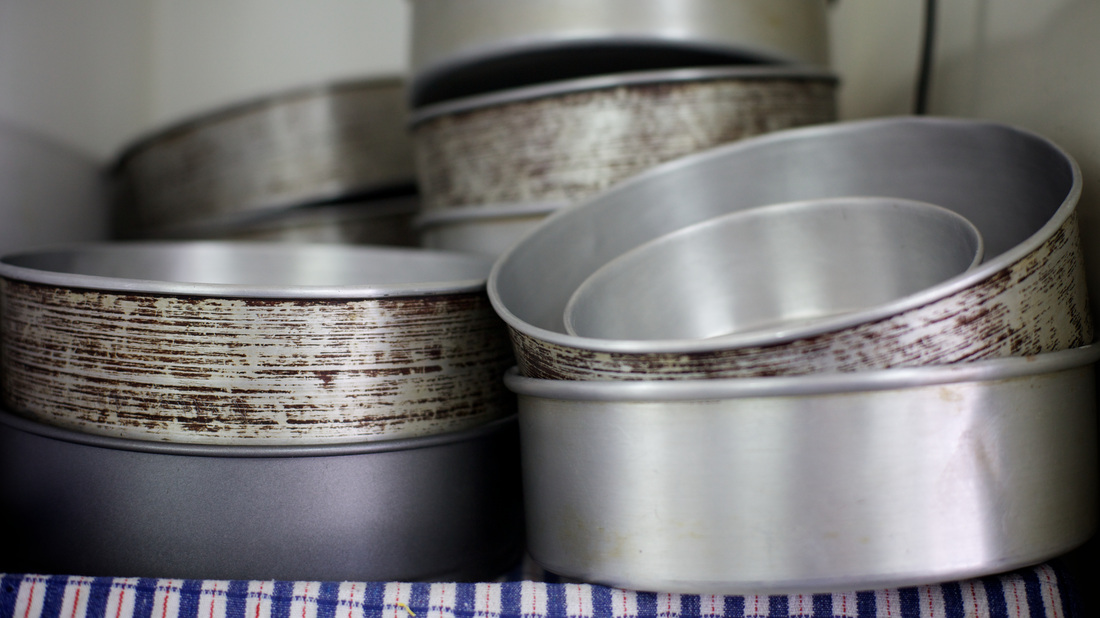 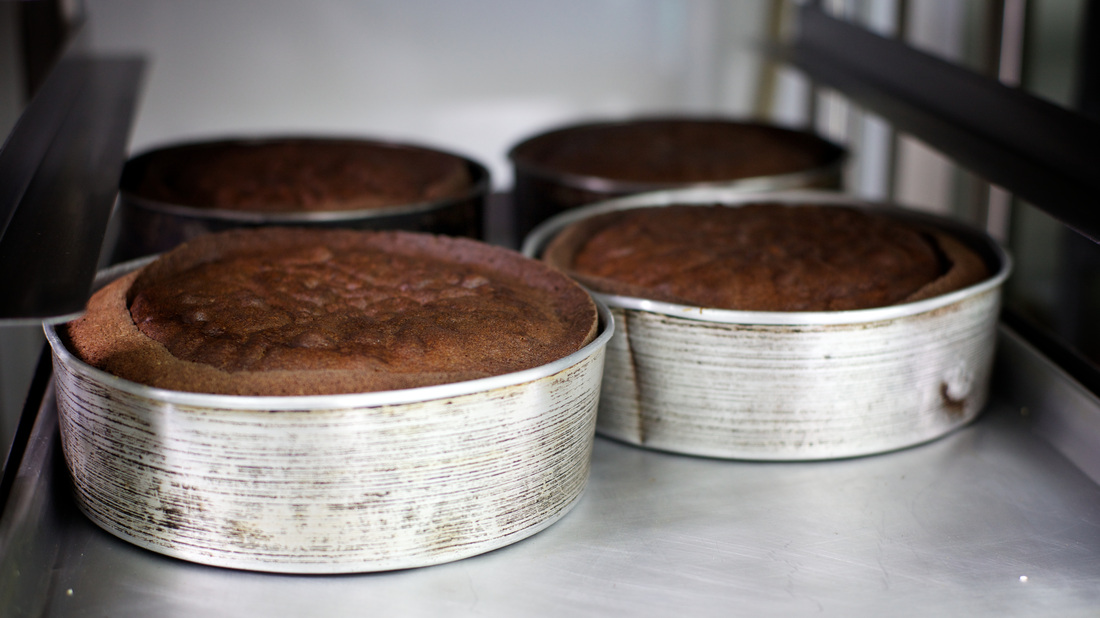 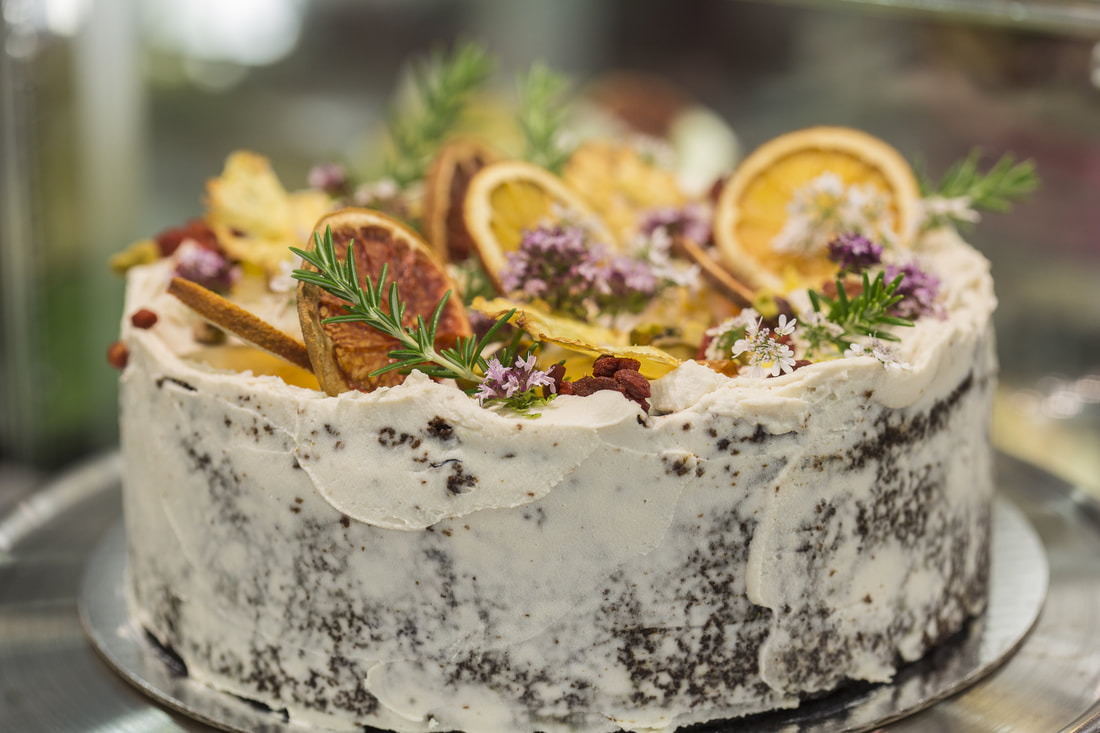 About six years ago, Anouva Settin brought her Brazilian baking skills to Queenstown and joined Jenny in the kitchen. Together, amidst the laughter and brainstorming, these hard working women whip up a huge amount of baked goods every day during their 10 hour shifts. They love it too, which is easy to see as they put together their super fun desserts and elaborate wedding decorations. It’s a pleasure to watch Jenny and Anouva translate their ongoing education (they regularly attend pastry workshops in the region) and their fluid muscle memory into gourmet creations, smoothing on the frostings, piping and primping the decorations atop each cake. At the end of the day, an incredible edible amount of celebration cakes, slices, tarts, truffles, fudges, biscuits and new raw superfood balls shows up in the cafe and on the biscuit shelves. 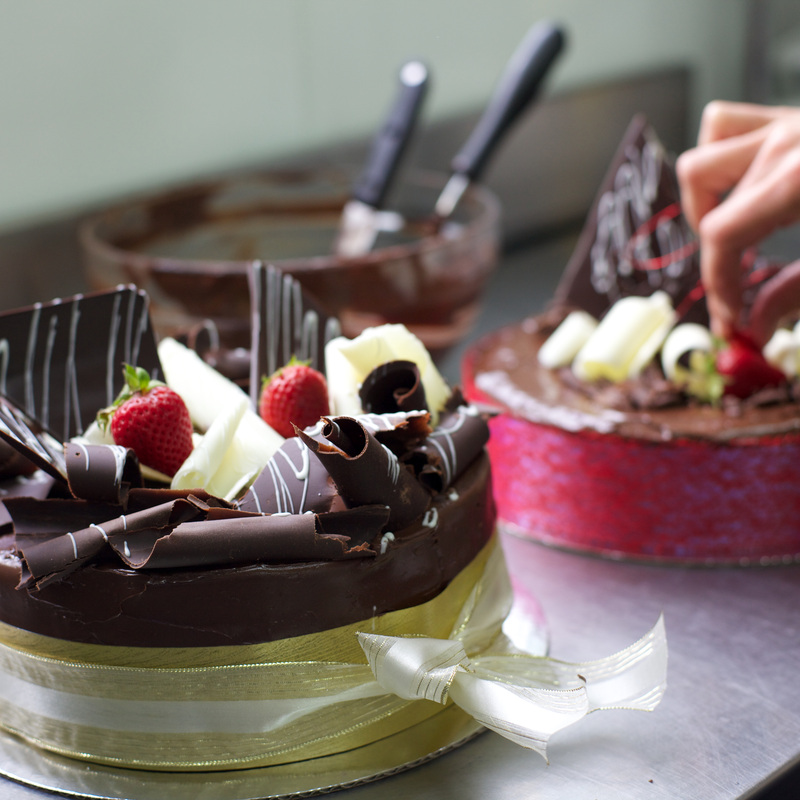 It’s been quite the collaboration over the years and the Mediterranean Market (now Raeward Fresh) 10 year birthday party highlighted the fact with a bang. Jenny and Anouva created a fabulous 10 layer birthday cake to commemorate the event. The cake was a meaningful tribute to the beautiful partnership and the wonderful eye for desserts both Jenny and Anouva bring to the store. Along with lemon syrup and other flavours, the cake also included Jenny’s chocolate mud, baked this time to a delicious perfection. Having traveled extensively around NZ, I can confidently say that Jenny & Anouva’s cake, pie and slice cabinet would stand up to any in the country. Come in and have a look, or even better, a taste for yourself and form your own memories. 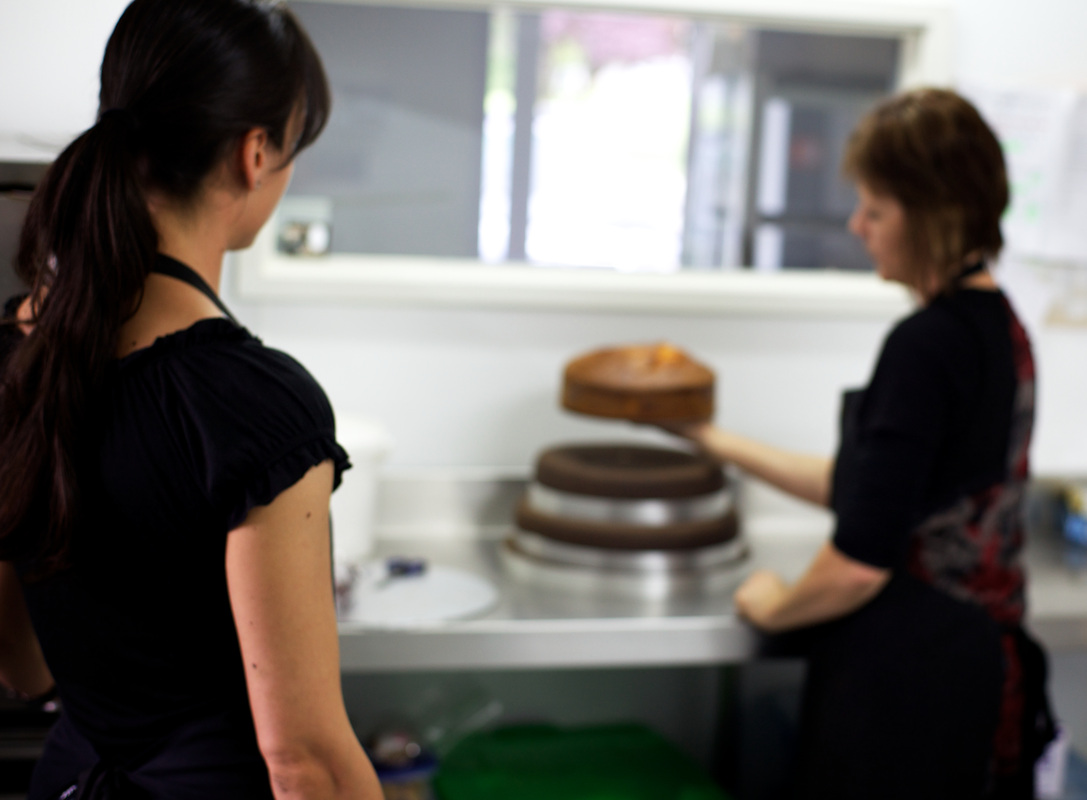 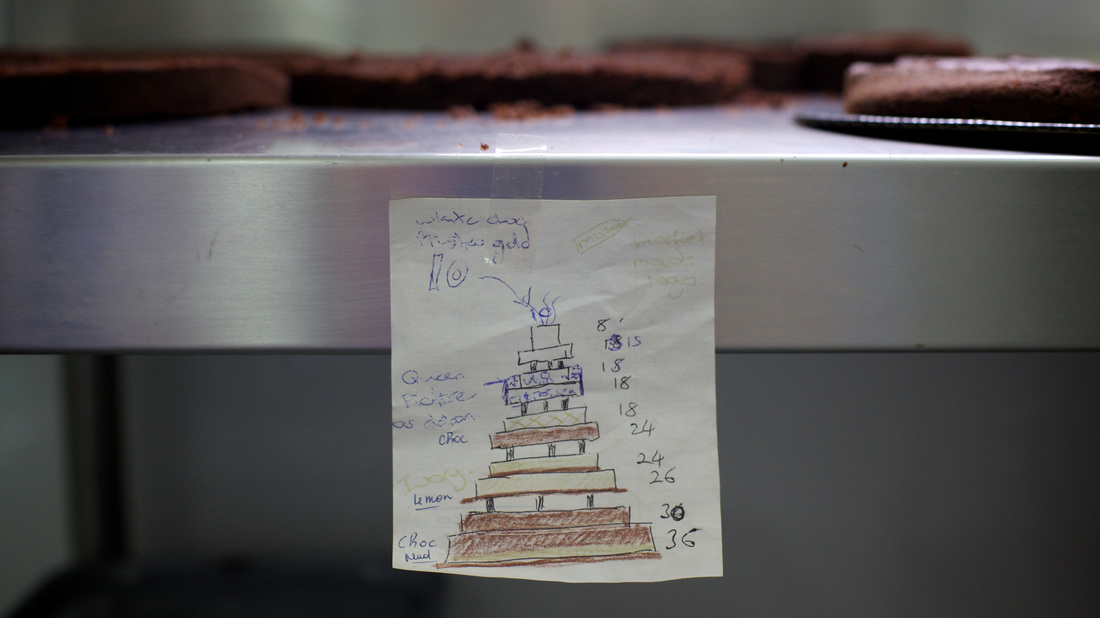 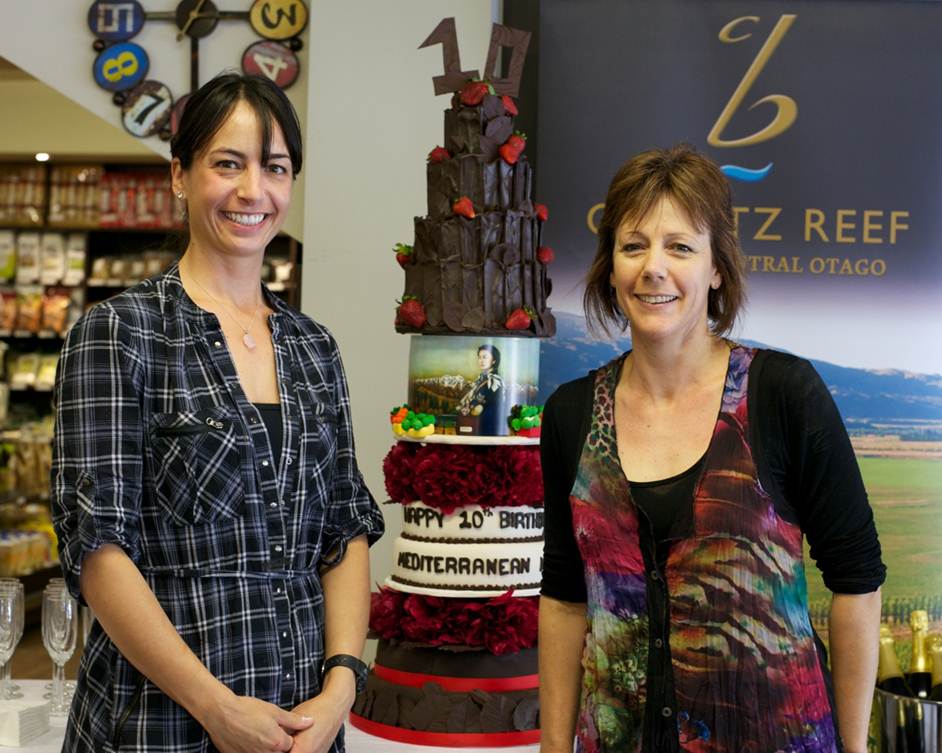 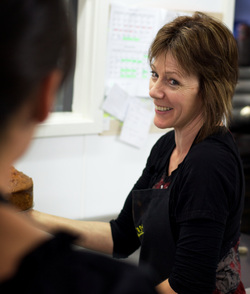 Next week we’ll post one of Jenny’s favourite recipes.