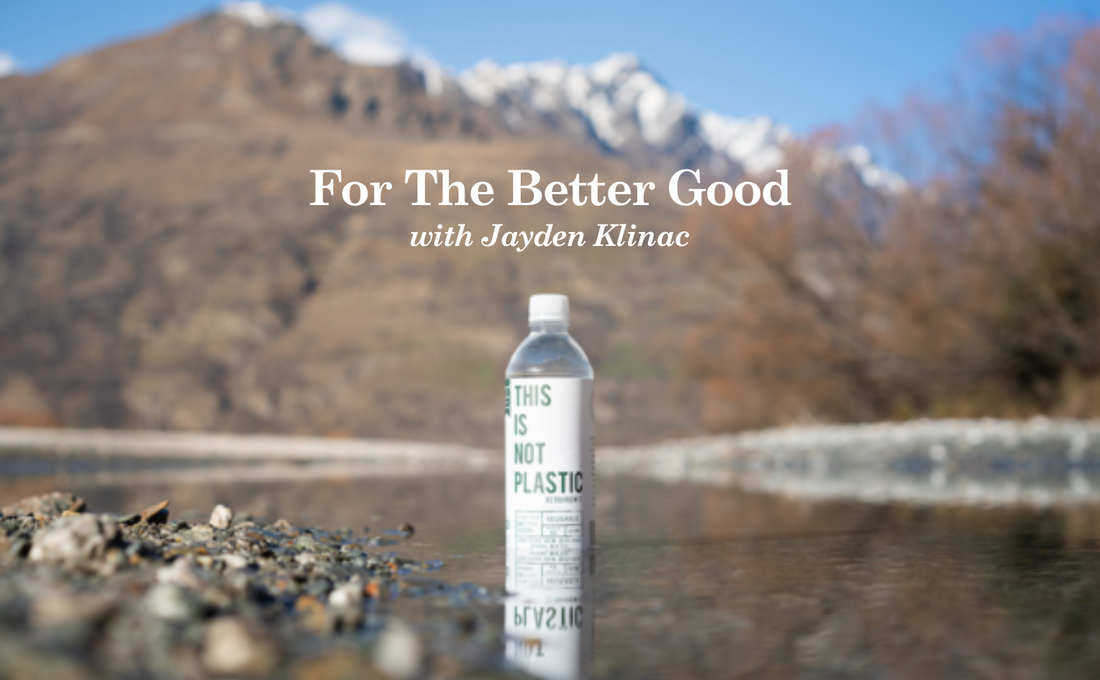 Plastic bottled water can be good for you and the environment.
There, I said it.


To explain my not-very-PC tendencies, we’ll have to delve into a bit of biomimicry – where we learn how to mimic natural processes to remain part of an ecosystem instead of destroying it and thus end up being destroyed by it. For instance, the natural world has a way of striking a balance within itself, even if that means lightning striking and burning down an old growth forest to make room for a new one. The relevant human equivalent is where we extract oil from the earth to produce plastics which then choke said planet with the excess, eventually choking our resources to death. Which means in the end, we die off and the world thrives. So really, one way or the other, the long-term eco game is going to be won by the planet, it’s just a matter of if we’ll be around for the after-party. 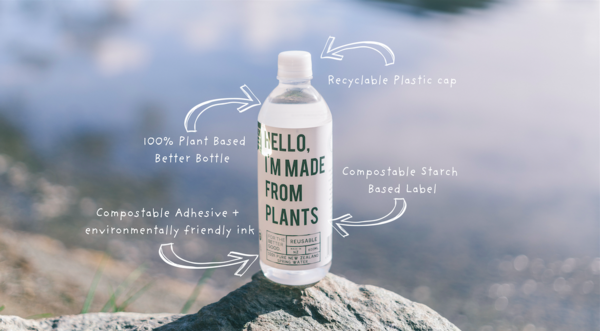 Famed biologist E.O. Wilson once said that if all insect life on the planet was destroyed, all life on earth would end within 50 years. However, if human life was destroyed, the earth would thrive within the same time frame. World 1-0 Humans

So in order to thrive alongside the winning team, we as humans need to find a way to learn from and collaborate with the rest of nature (us being part of that nature, although apparently not integral to it, strange that). When we get out of sync with the stuff we do and make, we have to learn from nature’s balancing act to self correct or go the way of burnt out Moa’s. And speaking of larger than life Kiwi types, I’ve recently come across a young man who is very attuned to this whole plastic v. the world issue and has come up with a very balanced solution. Ironically, he has a company making heaps and heaps of plastic-like, bottled, water! 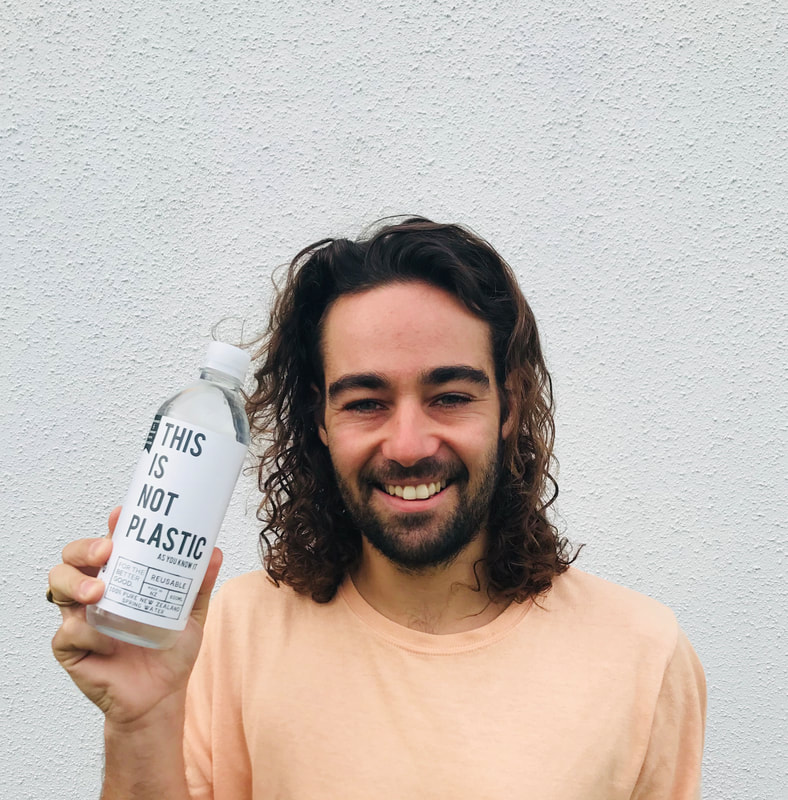 Jayden Klinac grew up in Wellington (heaps of water there, good clue) and as most out of schoolers do, went off to London and Italy absorbing wine / culture, probably in that order, before stumbling back to Uni in NZ. Suffice to say though that even with a degree in marketing and design (with some law thrown into the study mix). It was in his last year of university, living in a flat of 15, that Jayden actually noticed the expired coffee capsules hitting the rubbish bin like expelled shells from a semi-automatic weapon. Something within Jayden clicked – let’s call it that bio-balancing response – and made him think that there must be a better way. 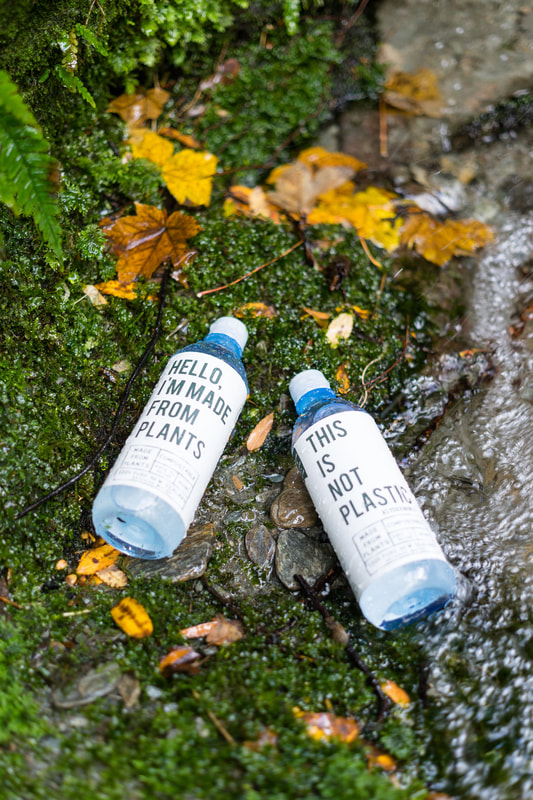 Even as an experienced barista (another necessary kiwi right-of-passage) Jayden knew absolutely nothing about creating compostable capsules but also new that if he could figure it out then the coffee grounds inside could make a nice little nitrogen bomb for the garden and create a kind of virtuous cycle? Pursuing this idea, he came across some folks in France who were already doing this which then inspired him to start Honest Coffee right here in NZ. All good so far but one day though back in Wellie, our intrepid traveler found himself at a service station in need of some water but without his trusty, um, plastic bottle to refill. Having to grab one from the fridge, as all of us have, Jayden was struck once again with the sheer enormity of how many times a day people all over the world were doing just this. And like a Participant Media film with George Clooney or whoever, he saw the entire cycle from oil wars to fracking and extraction to mass production to landfills and plastic islands visible from space – all before the fridge door quietly closed. (I may have made up the film bit, but the other memories are Jayden’s. Honestly)

Thus began a three and a half year process for Jayden, to strike the balancing act with between portable water and the environment. His main assumption based on what Henry Ford once said was that if plastics could be made from hydro-carbons, they must be able to be made from carbohydrates. Plants instead of oil – or better yet, plant waste that could be recycled, reused and composted like all plants. Of course along the way, Jayden had to ask what you may be thinking right now, that couldn’t we just use more recycled plastic or glass instead, and weren’t people already doing more of that? Having asked the question Jayden found studies showing that people who bought reusable oil-based plastic containers for hot and cold drinks only used them 16% of the time. The rest of the time, they would get plastic or paper products and throw them away. So a solution needed to be found.

During some outdoor walks around Wanaka, Jayden was drawn to the natural cycles apparent all around him. Plant life that grew, was consumed and then composted, or recycled according to its kind. He started focusing on corn and cassava starches, sugar cane waste and other plant based materials until he came up with the bottle used today in For The Better Good’s products. Following the biomimicry stream though, Jayden notes that nothing in nature goes to waste and that as things die, they re-purpose. He’s full-on running the business at present but part of Jayden’s ongoing research is working on downstream waste cycles from the timber and other plant based industries where he can extract waste starch to build plastics that fits his present goals, where every bottle FTGG produces could be refilled and reused, recycled up to seven times, and then successfully composted – print label, ink and all. 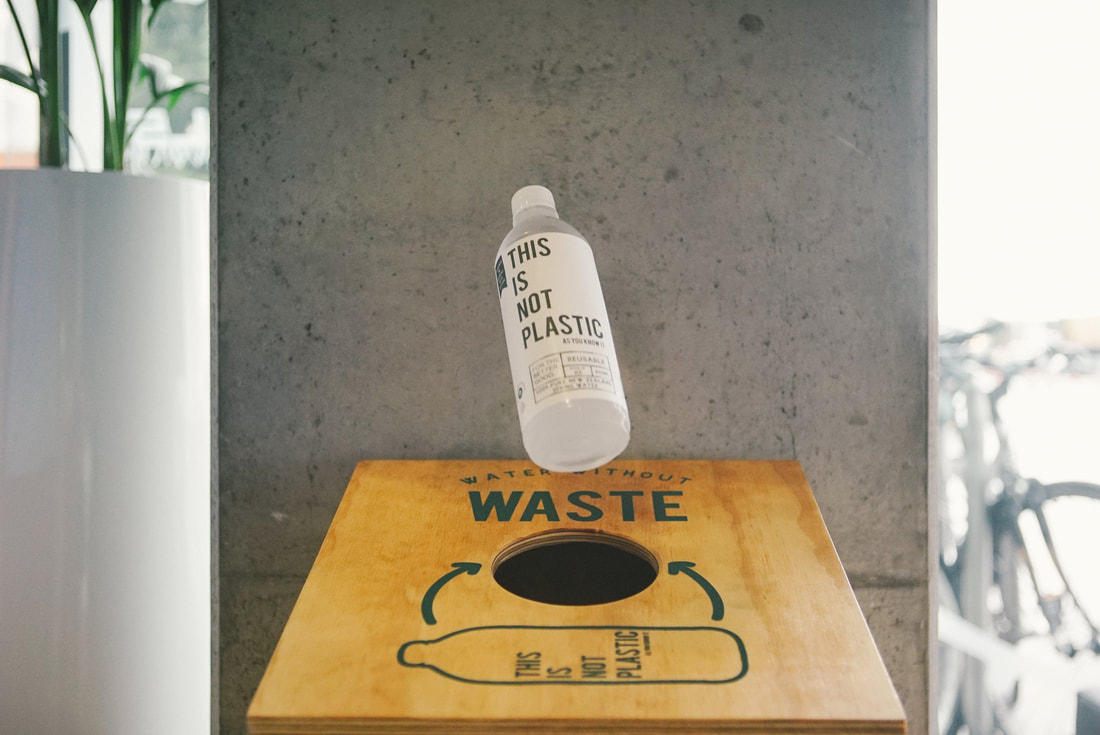 For The Better Good already has 140 refilling stations around the country and places the bottles can be composted dotted around the show. Jayden’s also looking at collabs with other like-minded innovators who are really heading back to nature in such a smart way that it’s kinda like back to the future. And even though FTBG’s water is amazing – abiding at least 80 years picking up beneficial minerals from the Mamaku Plateau and drawn straight from the source at Blue Springs, Putaruru – Jayden says his company is actually about the packaging. To him, the bottle has become the billboard for a way forward, the start of a conversation to any generation. At Raeward Fresh, we love that our producers are taking products to the next level of both quality and sustainability. We encourage you to get into these bottles, refill and reuse them and then bring them back for composting. And, keep your eye out for this young man and many like him who are helping all of us stay on the winning side of life itself.