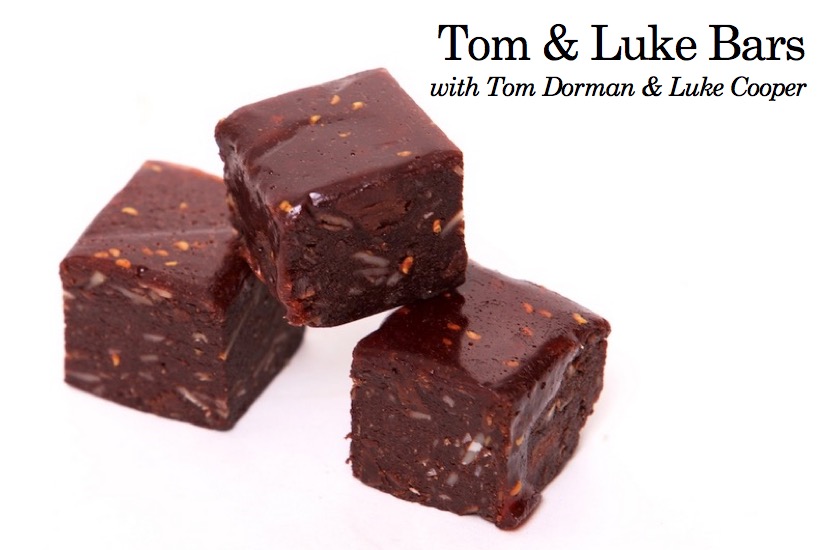 Tom grew up in Wellington where he thinks his first word was “McDonalds”. You would have known him at the time as the fatter kid in class, hanging out with his mates at the tuck shop downing lollies to soothe those primary school blues. Even though Tom’s parents were health conscious and his mum made sure he at least knew the names of his vegetables, Tom was, at the time, a typical kiwi junk food kid. It wasn’t until Tom hit high school – that magical arena for self-awareness – that he started to become aware of his body, especially after joining the rowing team. The physical regime demanded a better kind of nutrition which Tom became aware of, but more importantly, the awesome community of 30 kids and coaches working together towards a common goal became a game changer for Tom and his peers as they sought a better way to live and improve together. Such are the seeds sown in a young man’s life who grows up to be a personal trainer, nutrition expert and food business entrepreneur. 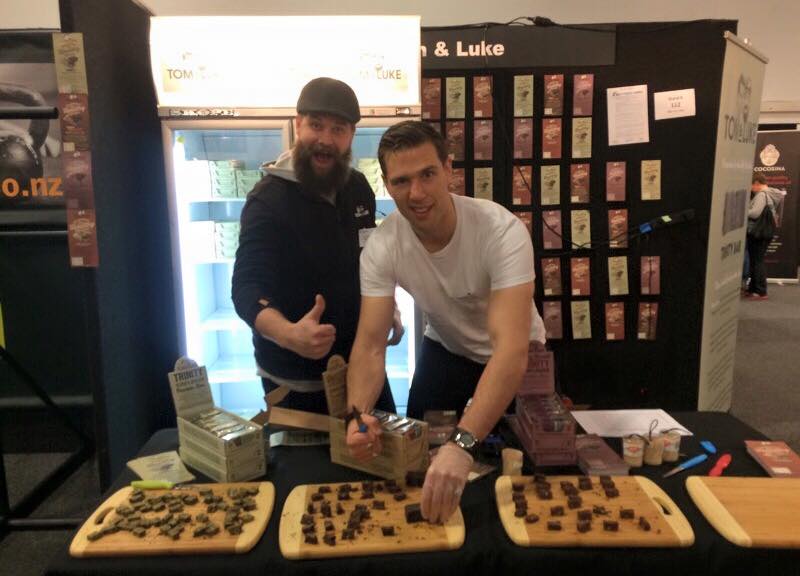 Once Tom got going in his career as a personal trainer, he noticed there was a massive disconnect when it came to fitness and nutrition. Most of his clients wanted to focus on weights and training, but Tom didn’t want to just change peoples diets to bulk up, but rather to help his clients eat properly to develop their bodies across the board. During this time, Tom developed a great radar for nutrient dense foods that brought on the right mix of fats, proteins and the right kind of slow burning carbs. While working at Les Mills Gym in Lower Hutt, Tom would head across the street to Abode Cafe where chef Luke Cooper was making some pretty fabulous caramel slices and GF choc brownies to snack on between sessions. Tom wanted to reduce sugar intake for himself and his clients and asked Luke if they could come up with something for people in the neighborhood together. No ordinary cafe cook, Luke had some killer ideas on how to bring the best of kinds of ingredients together to get this fat / protein / carb ratio right while being delicious at the same time. For the first six months, Tom was the focus / test group but as they nailed the recipes, Tom’s clients and other folk in the neighborhood started getting on board. Tom shared the new snacks with people back at the gym, one of whom was a sharp entrepreneur with skills in the food industry who first advised, then later collaborated with Tom and Luke to take these goodies to market. 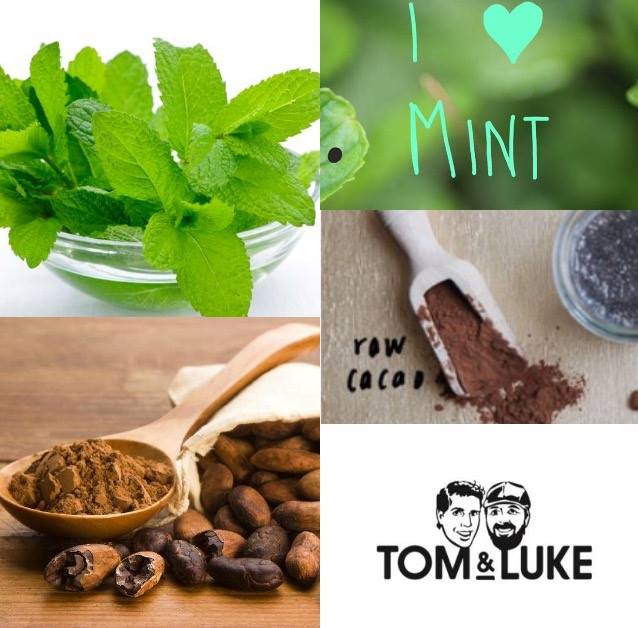 Making the transition from Luke’s cafe kitchen to full-on production was a bit of work for all them. First, it was about getting all the right ingredients and quantities from the right suppliers. Then, came a lot of trial and error, rehydrating the goji berries for instance for the right texture (those puppies can be super chewy right?). Agave was already being used to both aid digestion and to soften other ingredients and then other sweeteners were added to find the right balance with new flavours. Then they had to back off on certain flavours while pumping up others to make chef Luke and chief product taster Tom happy enough to eat these goodies every day. An Apple Computer lead designer (Alan Kay) once said that if a kid can use the thing, it’ll sell like crazy. In a sense, what Tom and Luke were doing was tapping into their inner child food needs to see if it was something, say, a mum might get away with placing into the lunch bag every day… 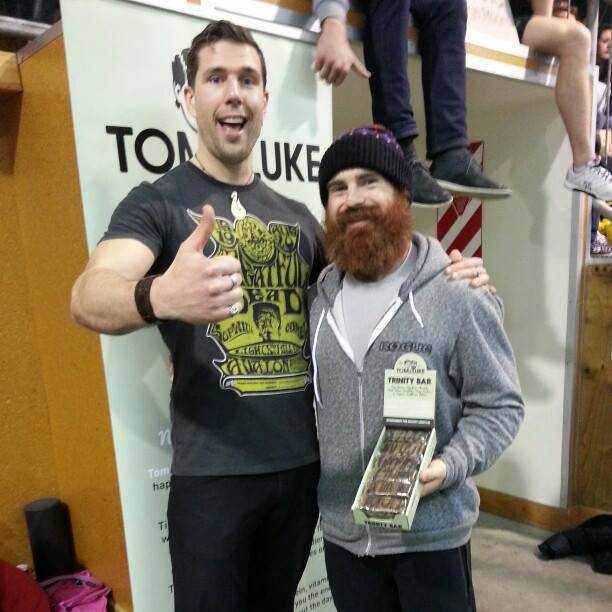 Tom & Luke shared the end results with friends, family and the places they liked to shop. One such place was Common Sense Organics, where they sourced a lot of the main ingredients for their new nutrition / health / sports / snack bars. Common Sense snapped them up as did a few other retailers in the area. What was making the difference, was that on the back end, Tom & Luke bars had some deep nutrition going on while on the front end chef Luke made sure these bars had the flavours, textures and sensations which would make people glad. Then, they had to transition from 300g testing quantities, to say, 7 tonnes of goodies to make a heap of bars, bites and treats under the newly establish brand of Tom & Luke Bars.

Now having a product they all liked, Tom hit the road to share the goodness with other gyms, clients, retailers and farmers markets. His main pitch wasn’t just that these things were really good for foodies, healthies, (is that a term, or a person?), kids and their mums… but that he had a box of “Black Forest Bites”, or “Apple & Cinnamon bars” or GF Spirulina and Whittaker’s 72% Dark Ghana Chocolate bars called “Trinity”. Whoa. Of course, all of these bars were also:
• super high in fibre (10g per bar)
• even higher in protein (20g per bar)
• had the right balance of good fats (sunflower butter at 20g per bar)
• only 6.4g net carbs per bar
• and of course, naturally low in cholesterol
win, win, win, win, win

Being able to have a tasty snack is pretty cool, but packing said snack with stuff like organic sunflower butter, golden pea protein, toasted organic oats and organic chia seeds makes it even better for health and happiness (on top of all the cool of course). Tom & Luke bars, like the world they inhabit, are also adapting and changing according to the needs and desires of their customers. The bites came about for instance, because Tom’s mum (and others) were cutting the bars into pieces to last throughout the day. New flavours are coming on line as well and Tom is always finding new groups of people who are keen to have an amazing snack to fuel their holistic personal development. Tom’s come a long way from the tuck shop to being his own shop on the road selling much healthier and tastier snacks to people. At Raeward Fresh, we’re stoked to be able to share this story, these products and their vision for a healthier personal development for all of us.