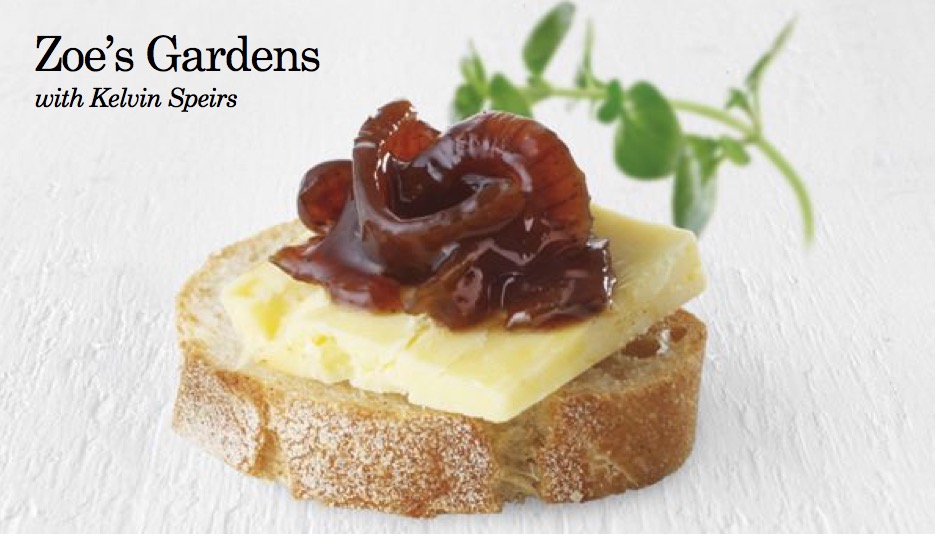 Kelvin Speirs has a knack for managing abundance. Like most gardeners, he has to find creative ways to put a glut of beetroot, or zucchini, or red peppers to good use when they all come ready to harvest at once. Kelvin will trundle off to the Thorndon Markets with some of his fresh produce each week, offer local chefs in the Napier and Hasting region some of his specialty corn salad or baby kale, yet even still he’ll have kilos upon kilos of organically grown tomatoes, red onions and myriad other vegetables looking for good homes. So, Kelvin properly prepares his abundant veg for jarring, adding twists of flavour from the Mediterranean to the Manuwatu. The result is a bevy of fantastic relishes and jams that all come from Kelvin’s own beautifully managed gardens. His latest offerings include:

Growing up in the Manuwatu, Kelvin didn’t have much to do with food besides growing and selling potatoes as a kid. However, after spending 12 years in local council and community development work, Kelvin did start focusing on creating means for the region’s food abundance to connect with the local economy. He developed cooking courses as well as other proposals that would marry, say, the area’s budding wine and market garden businesses to put the Wairarapa on the Kiwi food scene map. After the National Government came to power many of these local plans were either scrapped or shifted to the hub of Wellington, so Kelvin had to find other outlets for his growing community focused connection to food.

Not easily disheartened, Kelvin scaled down his regional food plans into a micro version, starting a bed and breakfast in Greytown that grew lots of interesting veg around the property to share with the guests. Kelvin quickly learnt heaps about gardening situated in such a beautiful growing climate. His gardens thrived and Kelvin decided to move to Hawkes Bay to expand his gardening ventures. Along the way he met a couple of sisters who came from the Mediterranean and who had developed a line of preserves and sauces, but who were struggling to sell their offerings to the Kiwi palette. Kelvin bought the business and started adjusting the recipes to lean more towards New Zealand foodie trends. 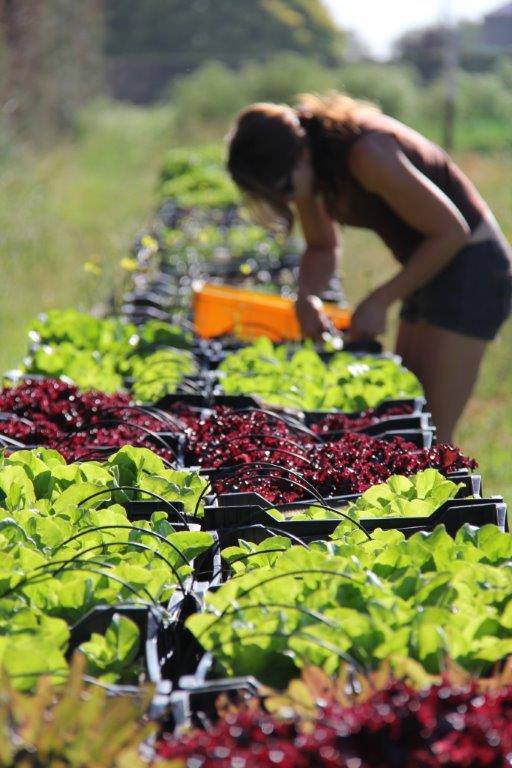 The results are very Kiwi 2015; perfectly grown organic vegetables which maintain their fresh flavours in the jar, paired with Brinjal spices or sweetly caramelised onions, flavour notes which hark of other lands and places but which New Zealanders are increasingly becoming accustomed to. Kelvin created a new brand, Zoe’s Gardens, adding the jams, preserves and relishes to his Farmers Market adventures as well as offering the range to local chefs / foodies. This organic journey from garden to jar to market eventually led to Zoe’s Garden goods being available for us at Raeward Fresh. Kelvin has had to work very hard to keep up with demand. If, for instance, you were to try some of some of his beetroot chutney on a slice of dark bread with cured salmon, you would understand why these jars of deliciousness are selling as quickly as he can make them! 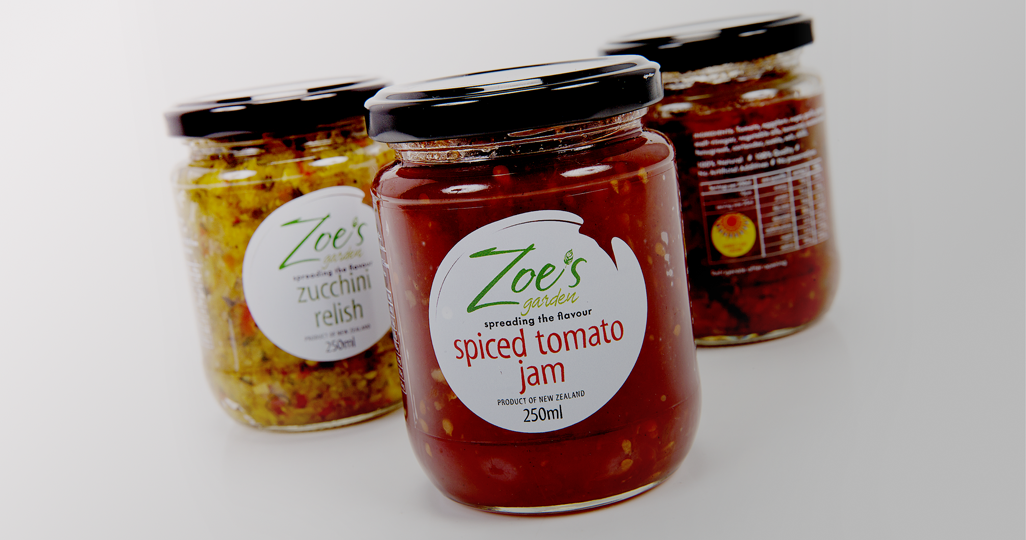 This morning, I tried Zoe’s Garden beetroot relish on a piece of The Breadman’s Casava bread. The relish is a bright fresh red with a bright fresh flavour to match. Kelvin’s pickling techniques tone down the beet’s earthy notes, leaving all the lovely piquant strength of this healthy root veg. I also had some Breadman’s Pumpkin Snackers left over from a weekend do, and tried Zoe’s Garden’s Caramelised Onions straight up on these (since I didn’t have a steak or pork roast to hand over breakfast). The red onions were beautifully sweet and rich, brought to new depths by the combination of mustard seeds, ginger and rosemary in the jar.

It’s cool to see how all of Kelvin’s experiences throughout the years have woven together, making their way into these relishes, jams and chutneys. We’re so glad at Raeward Fresh to share his story in a jar.