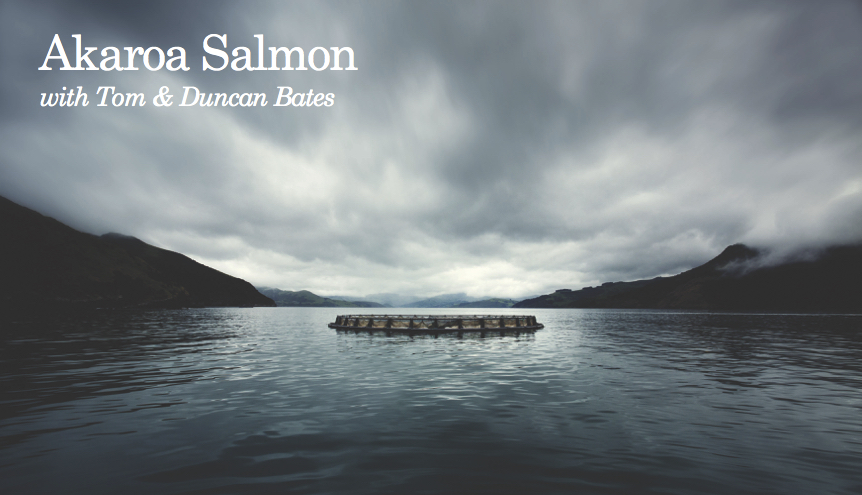 Duncan Bates and his father Tom are classic farmers. They care for their stock, they love the land (and sea) and they have an innate ability to solve problems with very practical solutions. Farming is in their blood and therefore their hearts. In listening to their story, you get the sense that they have a deep affinity with the environment, something shows up in the final flavour of their produce – farming at it’s best. 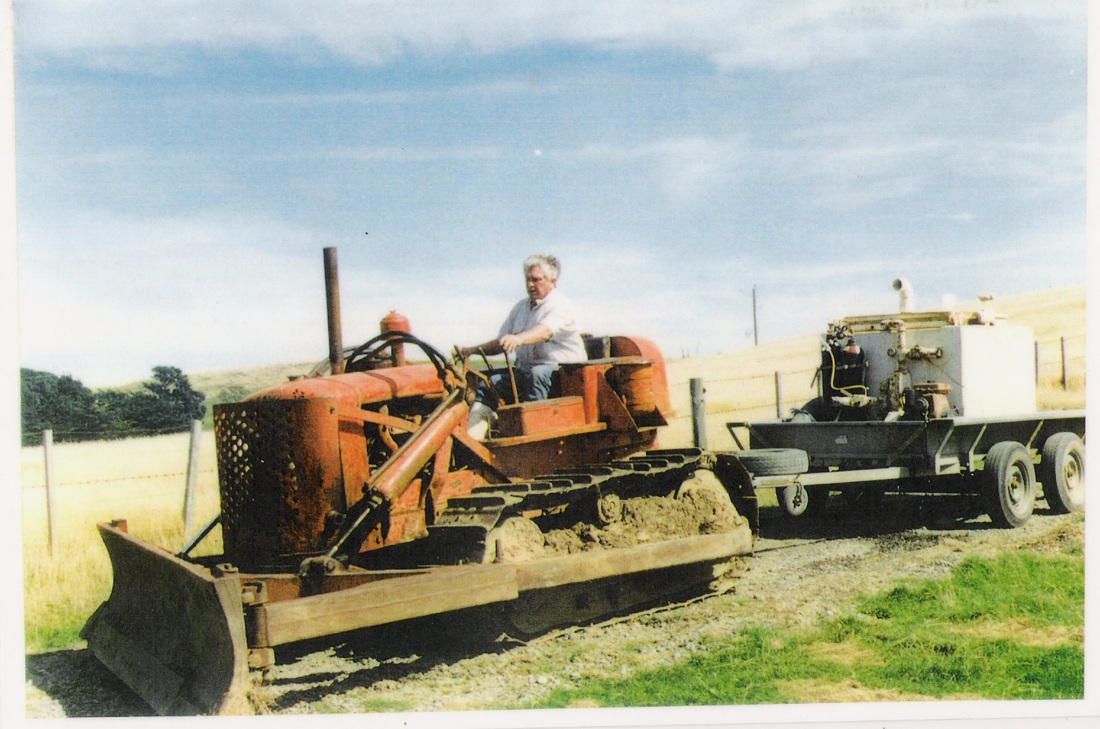 Tom Bates was running sheep and cattle in Canterbury back in the early ’80s when he went on a fishing trip around Stewart Island. The salmon farm in the area intrigued him and his entrepreneurial side got to work doing research to map weather patterns, look for coastal shelter and locate nutrient flows. Tom was further motivated by the fact that land based farming was becoming more and more limited in NZ. Farms were becoming small, low-cost production units (storing and not finishing stock) for larger companies. Tom wanted to diversify and use the families farming skills in a new way. Duncan was just coming out of Uni (Agriculture) at the time and, in the same way that a farmer would identify good pasture, the two of them looked around the coast to see what would suit ocean farming. During the search, they found that Akaroa harbour was nicely protected from southerly winds but the marine infrastructure was in decline and being extremely underutilized. With an intelligent research base coupled with down to earth Kiwi sensibilities, Tom and Duncan formed a marine farming plan which they submitted to the local council.

After lots more learning and even more hard work, Tom and Duncan put 10,000 salmon hatchlings into their Akaraoa facility. The Stewart Island crew were developing a ‘salmon ranch’ just inland from the harbour where they would hatch salmon in the rivers and release them into the ocean, hoping they would follow their migratory path and return as fully wild salmon. They didn’t get the results they were hoping for but they did kindly give the Bates 10,000 hatchlings to start of with. A year later (1987), the council returned to see the development and granted them the second only salmon fishing license in the country at the time. Tom and Duncan had successfully translated their land farming skills to the sea. 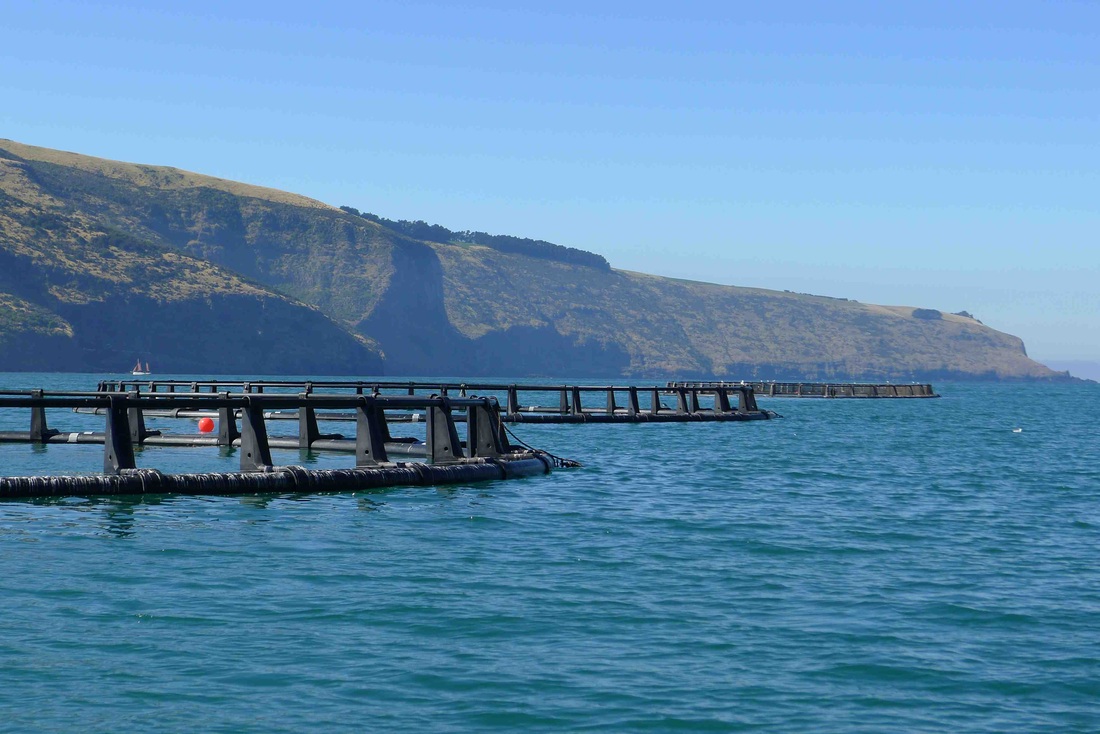 Some of their carry-over farming skills can be seen in managing Akaroa Salmon’s growth. For instance, how do you split of pen of 10,000 hatchings as they grow to maturity? Tom and Duncan looked around to see what other salmon farms were doing as well as taking their own environment into consideration. Ingeniously, they ended up sewing a ‘V’ into the facility so that fish could swim into other pens in the harbour of their own accord as they grew. Another, this time land-based, approach they adapted to the sea was letting the animals live as naturally as possible. Duncan tells me that salmon want to be left alone and not managed too much, and also, that they need as much space as you can give them while eating feed that is the same as in the wild. Accordingly, Akaroa has fewer fish in their pens than most salmon farms and have developed a feed made of high quality fish. Tom and Duncan have created an organic space simply by being practical and paying attention to the ecosystem they farm in, finding systems that suit the environment. The results, in terms of flavour and quality are pretty amazing. Most farmed salmon have an oil content of around 30% and, while the omegas in salmon oil are really healthy, too much of it in a fish can leave an oily after taste and drown out the real flavour qualities. Wild Pacific Salmon in the U.S. West Coast comes in at around 11% oil content and Akaroa Pacific Salmon is 10%. Damn!
As small, specialized producers they decided to find a market connection that best suited their salmon. True to Tom’s love of people, he jumped in the car and started visiting chefs around the country. One of his first stops brought him to a young Simon Gault who was just starting out at the Auckland Viaduct. Simon said to send him some fish and if he liked it, he’d keep ordering – and if not, he’d simply send it back. He kept ordering, as did many other chefs around the country, who are now the primary buyers of Akaroa Salmon. You won’t find Tom and Duncan’s salmon in supermarkets and we feel privileged to have it at Raeward Fresh. Duncan’s criteria for our rare and special retail situation is that the fish is fresh as, meaning it comes out of the harbour and into the store in 24 hours and is ordered regularly to stay that fresh. 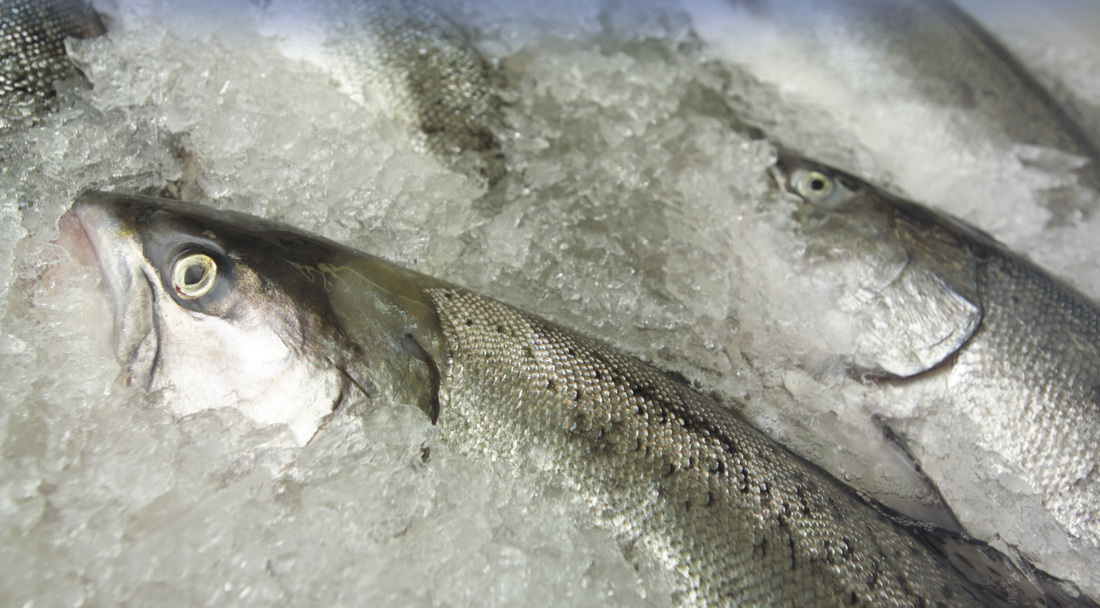 Akaroa has become a vertically integrated business by both ingenuity and necessity. They process 250 tons of salmon a year in such a way that it’s out of the harbour and into restaurants (or our store) within one day. They manage both the fresh and cool-storage chain to ensure speed and quality. Other salmon farmers in the country are doing around 7000 tons per year and, while the product is okay, you can really taste the difference in Akaroa’s artisanal approach. In the 26 years since they started, Duncan has taken over the salmon farm and Tom has sold the sheep and cattle business. They both brainstorm the management and development of the farm, just like they always have, but with a view to keeping the place as natural and as beneficial as possible. Their entire team embraces the story and are glad to keep it humming along. 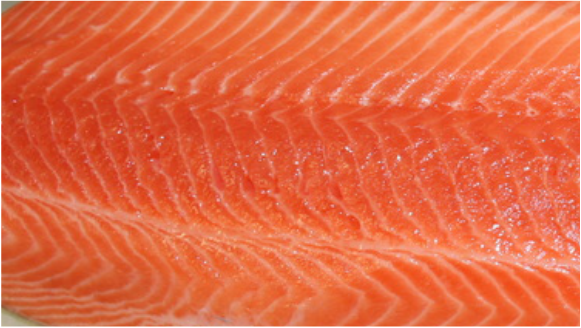 I think the privilege for us as foodies today is that we get to enjoy the level of quality Akaroa is producing in our very own homes. Sure, some people have the skills and time to head out to sea to hook (or mates who will bring over) a fantastic fresh-caught catch, or they can could walk down to their local wharf and buy the catch of the day. For the rest of us however, I’m really glad Tom, Duncan & Co. have put their heart and farming skills into bringing such beautifully raised Pacific Salmon fresh to our tables.
Recipe: Akaroa Salmon with an Asian twist…

Ingredients:
Sauce:
2 x sachets of miso soup paste
2 x tbsp. soy sauce
2 x tbsp. brown sugar
2 x tbsp. sesame oil
2-3tbsp. warm water
Akaroa Salmon
Method:
• Heat oven to 180
• Whisk the ingredients to make your sauce
• Lay the Salmon fillets (or whole side) on baking paper in an oven dish and pour over the sauce.
• Bake for approx 10 mins or until the salmon is cooked through to your liking.
• Serve over rice with the remaining sauce drizzled over and some steamed bok choy.
Note: sauce is enough for 2- 3 portions, just double for more