• Bostock Chickens can be found at Raeward Fresh Queenstown
Ben Bostock runs an organic chicken farm. At first glance, this may not seem that interesting given our our well-greased marketing world of slick, modern grocery stores where every other product flashes the ‘organics’ title. However, when you scratch a little deeper, you’ll find that Bostock Chickens is actually one of only two farms in New Zealand to produce truly pastured, naturally fed birds. When terms like ‘free-range’ and ‘cage free’ get used in advertising these days, it gives us the impression that the chicken (or egg) is organic enough, but when you talk to Ben, you’ll find that it ain’t even close. For Ben, truly organic means the chicken lives in its natural environment eating real food that’s grown in the same place and where the chicken is processed under strict, certifiably organic practices. Bostock Chickens embody what I think is at the heart of the organic movement – going back to the basics to create sustainable well-being. 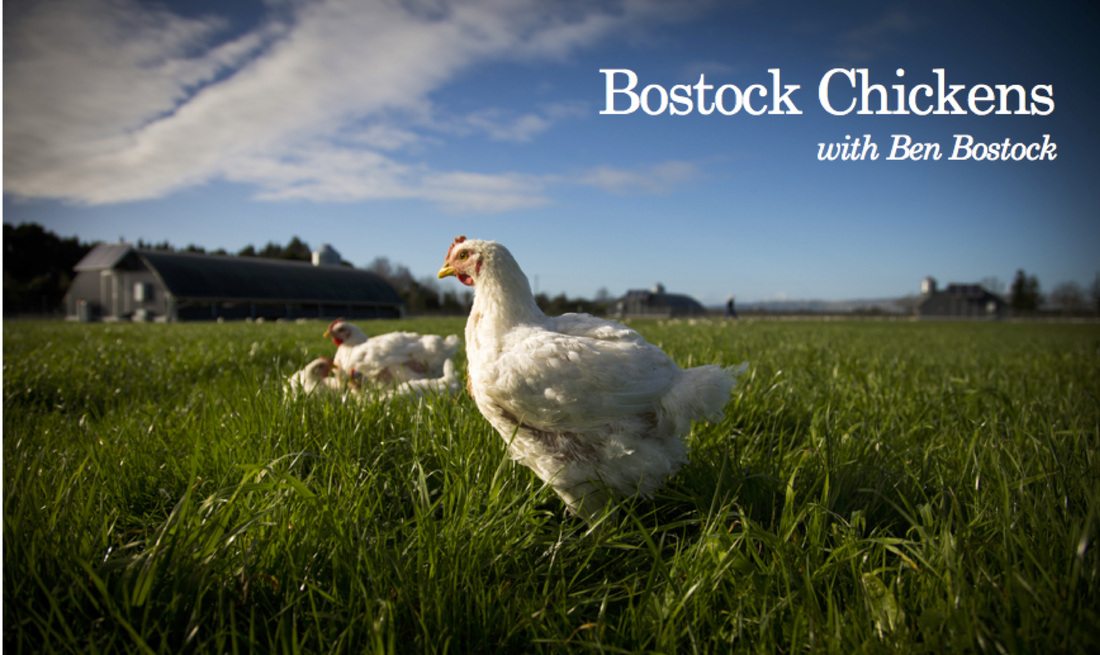 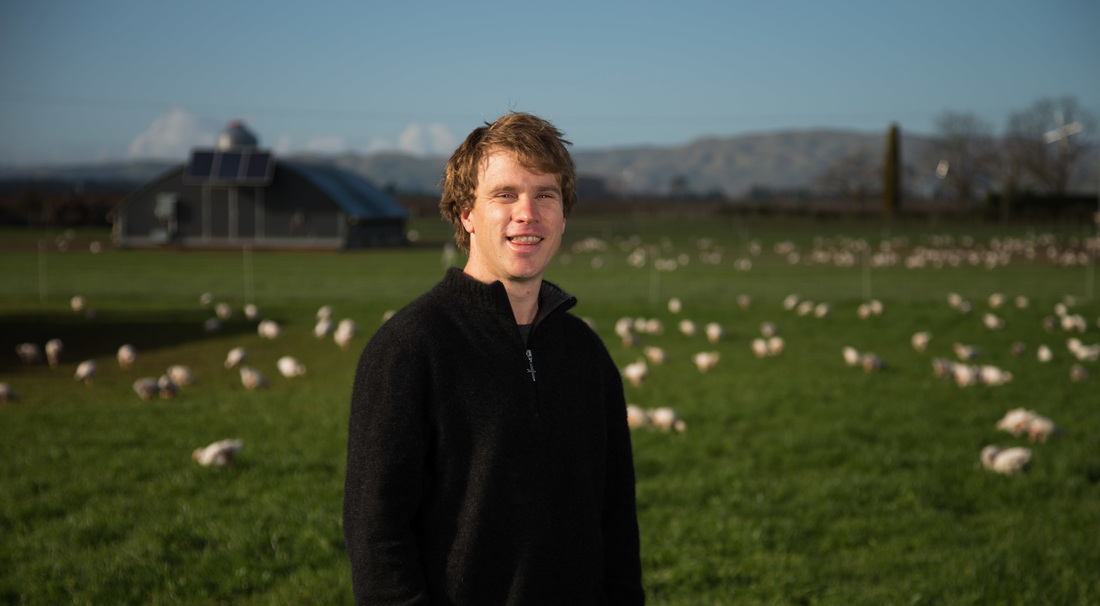 Organic food and practice runs in the Bostock family. Not the trendy nod to being-greener-than-your-Pak-N-Save-neighbors, but a deeply engrained set of values evidenced in their lives and business. Ben tells me that ever since he can remember, the pantry was stocked with organic goods. Back in the ’80s – when it wasn’t even on the social radar – Ben’s mum would be making sure the family ate organic food while his dad ensured their apple orchard in Hastings was strictly organic. Even way back then the family sold their produce to stores in NZ and the U.S. that understood the value of organics. This background prepared Ben to take a unique approach to raising chickens on the very same farm in Hastings that he grew up on. 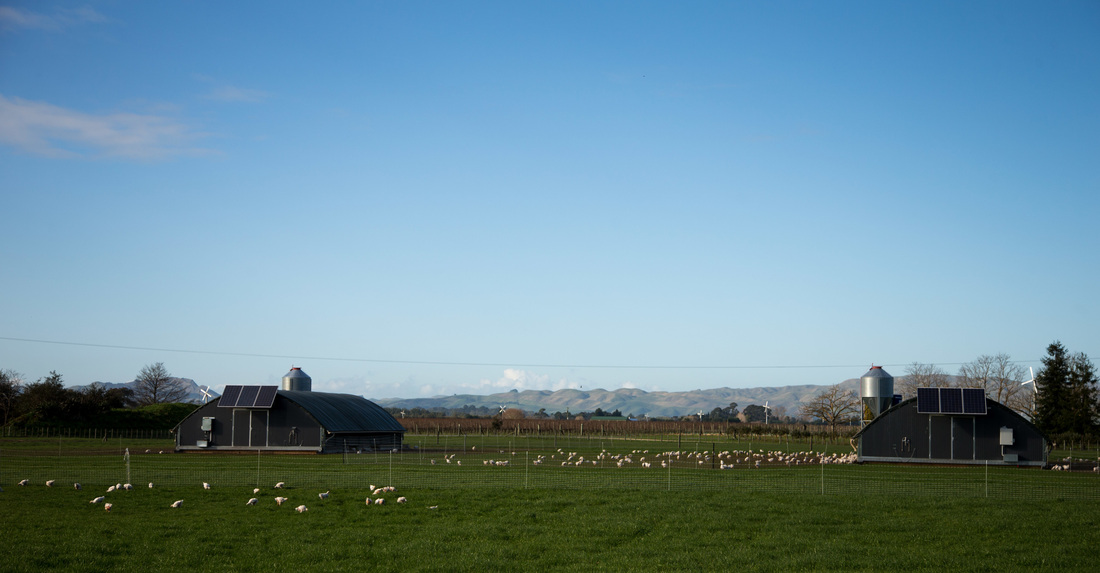 After studying physics and chemistry at Otago University, Ben spent some time traveling through the UK and South America. Returning to NZ, he got a job at a meat trading company to learn how farmers were connecting their products with the rest of the world. He was truly surprised to see how disconnected most farmers were from the larger process of working with their actual customers, especially how their product’s are marketed, where they’re sold, and for how much. It was at this point that Ben decided to start his own business so that he could impact every link in the chain from egg to bag. And, thanks to the ingrained wisdom of his upbringing, he knew that this new business needed to be run in an extraordinary way – extraordinary for New Zealand chicken farming, that is. 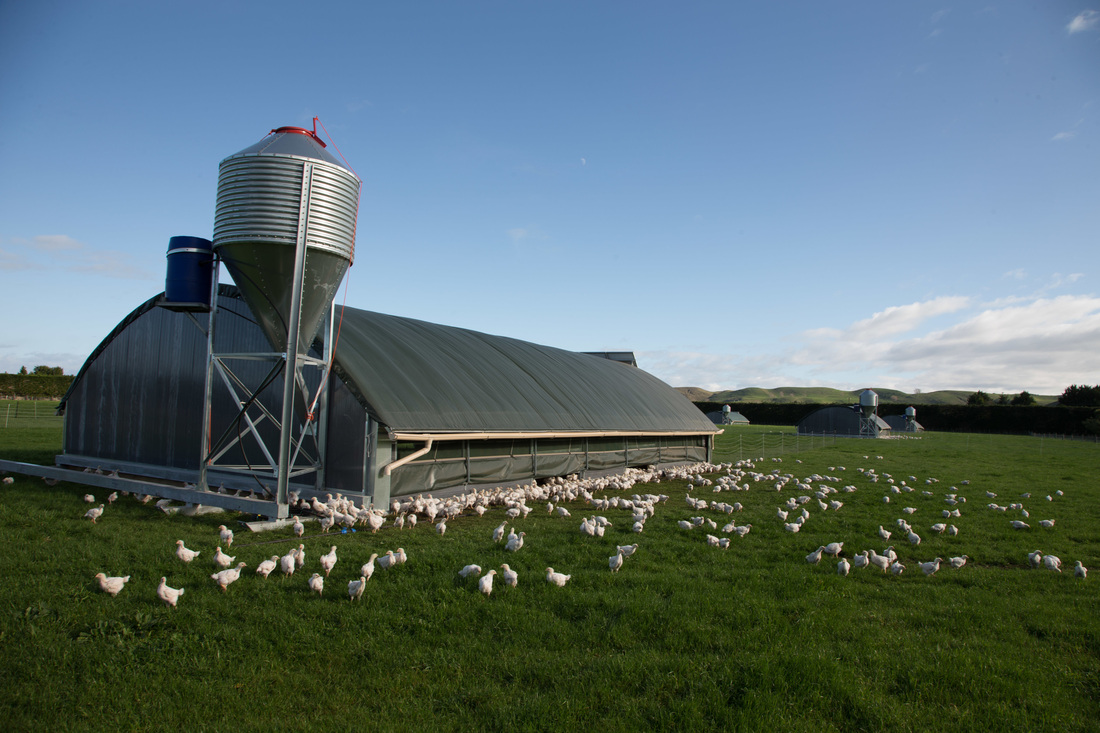 The first scary step was to resign from his secure job. Ben then hopped onto a plane to visit White Oak Farms in the U.S. state of Georgia, the first international destination on his “research list” to check out the best organic farming practices for chooks throughout the world. Next stop – back to Europe to visit organic chicken farms in France. France currently leads the way in both scale of operations and organic practices, so Ben got an education from local farmers in mobile chicken ‘chalets’, feeding practices, and butchery. He visited even more farms in the UK and then, his own business plans set to hatch, he headed back home to get working. Ben’s father bought into the well-rounded idea and together they purchased the chicken chalets, prepared the butchery practices to meet NZ organic standards and started raising his new chooks. 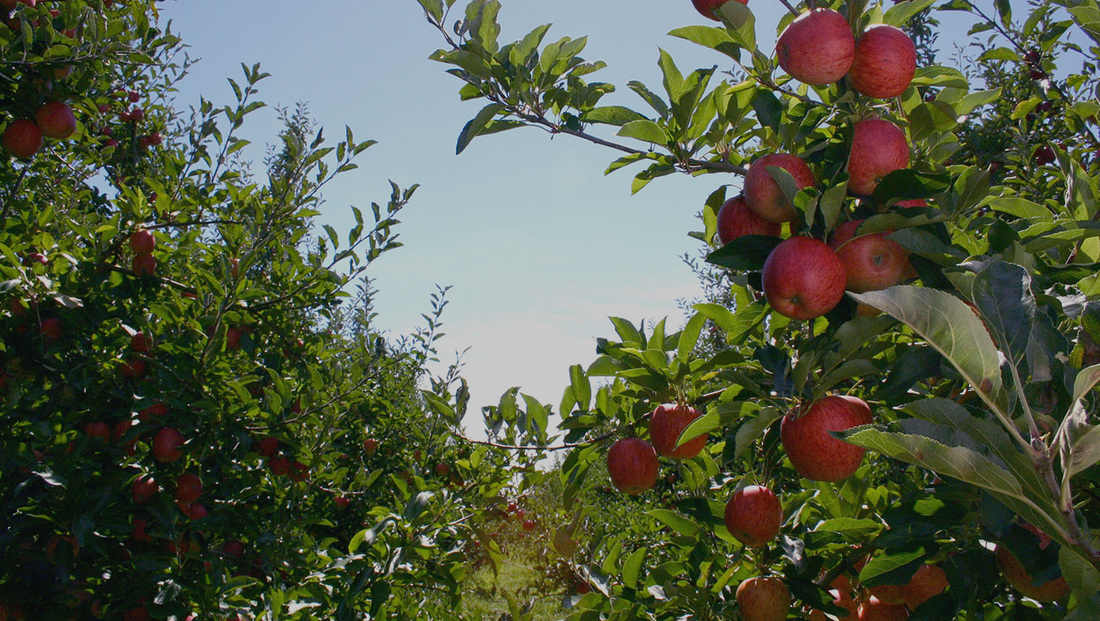 Running a small volume of birds allows Ben to focus on their quality of life. This means the chickens roam free in well established, organically raised, grassy pastures. On top of this, the birds eat Ben’s chook muesli mix. Unlike most chicken mash feeds, it is a substantial combination of whole grains of corn, barley and the apple skins left over from his father’s orchard following their juicing process. That these chickens eat what’s grown in their own environment is just one of many of the organic values Ben has been raised with. That and the complete absence of pesticides, antibiotics, hormones or genetic modifications of any kind attests to the old-school wisdom of Bostock Chickens farming practices. So, if you’re after a healthy chicken with your own health and well-being in mind, Bostock organics is truly the real deal.

In the future Ben is looking to grow his business. Not towards a factory sized approach as many of his competitors have, but rather to get more farming environments, like his father’s orchard, to adopt chickens as a natural and sustainable addition to their existing orchard, or olive grove, or vegetable garden. Ben stands behind the value inherent in the price of his chickens, but would like to scale the business in such a way as to multiply the model and bring the costs down for everyone, while using existing abundance (like those of his of apple skins, or other organic feed sources) to keep food and farming as natural as it was when he was a kid.


At Raeward Fresh Queenstown, we’re pretty excited to be one of the few places in the South Island to carry Bostock Chickens!