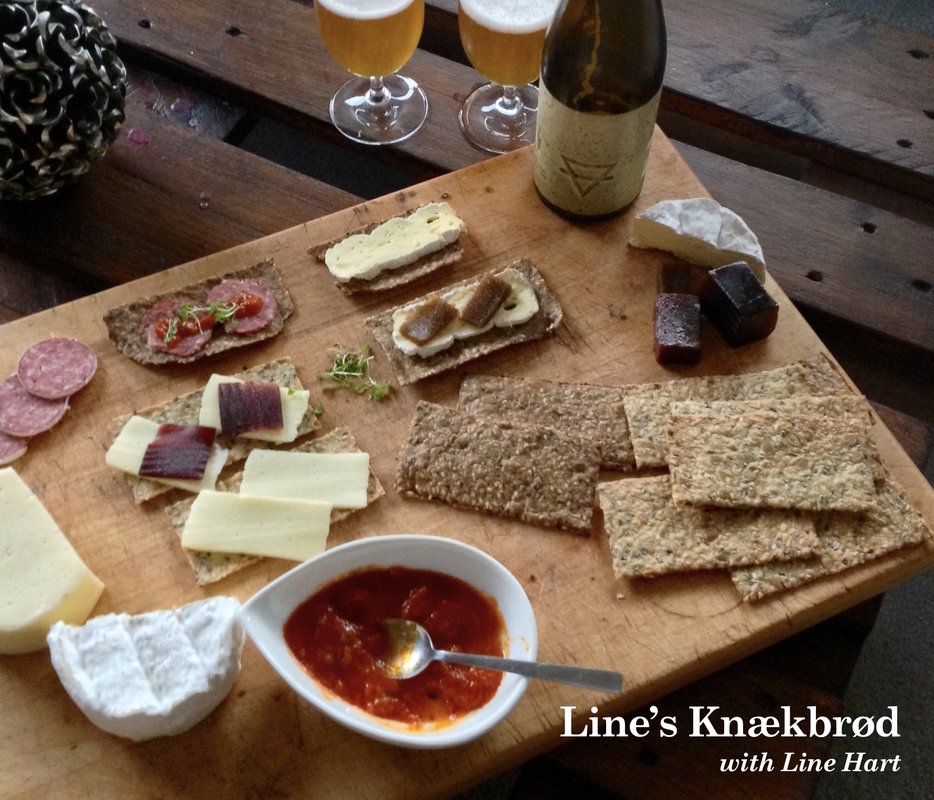 One of the things New Zealand does for people is to create a bit of room to grow. Some fresh air if you will. As relatively small as these two gorgeous islands are, they seem to create heaps of space for people to either build on their diverse past, or, to reinvent themselves. The results, especially in the world of food, becomes something as fresh as the land itself. This is truly the case with Line Hart and her light, airy and delicious Knækbrød (crackers, but not, but yeah). Line has found the space in NZ to reinvent a traditional Scandinavian food, taking it to new places in terms of flavour, texture and use. At Raeward Fresh, we like to think we’re creating a kind of daily farmers market where these products – representations of the place we live in – can be celebrated and shared with our communities and we’re stoked Line is one of those ‘farmers’. 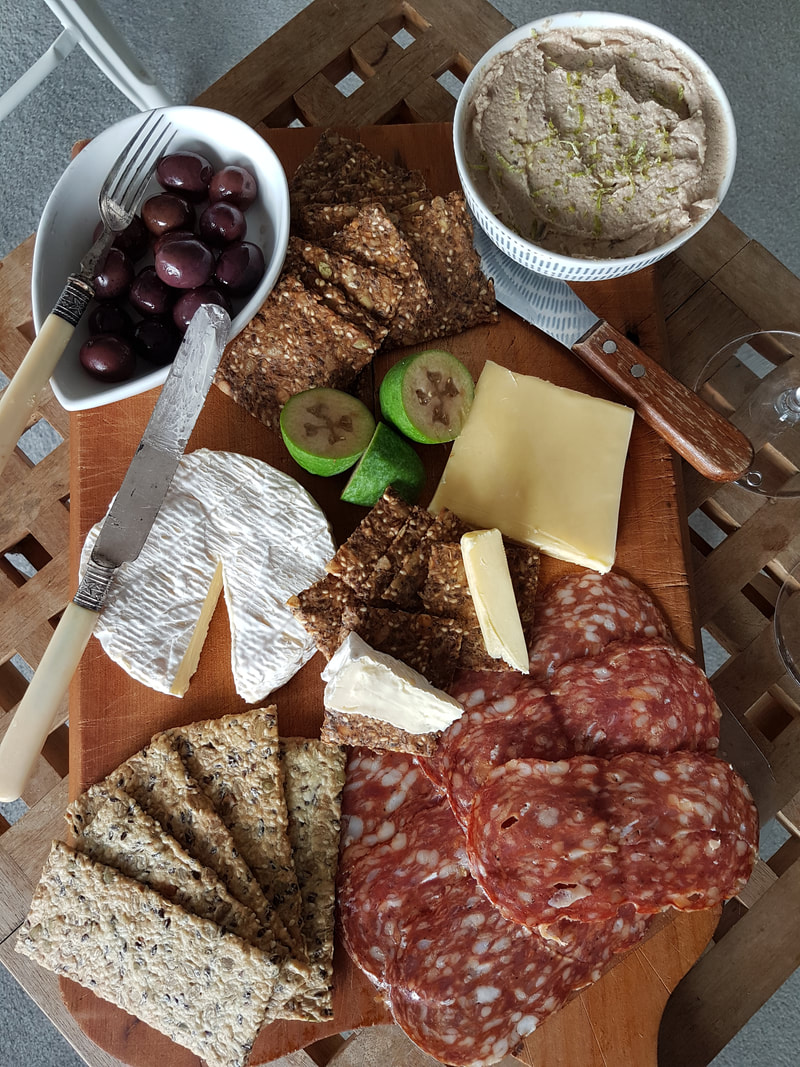 Line (pronounced “lee-ner”) Hart grew up in Denmark where food was (and still kinda is) pretty straightforward. Until the weekend that is, when as Line says, people let their hair down (the long blond kind I imagine) and get baking. Line still remembers wonderful weekends in the kitchen with her grandmother which probably inspired her next move coming out of school, working in fine dining restaurants. During the daily menu conversations, Line was prepped on all the ingredients used, the pairing, and what customers would be experiencing. These connections went deep and would later form the basis of her own pairings in Aotearoa using local beers, harvested sea salts and herbs among other things. 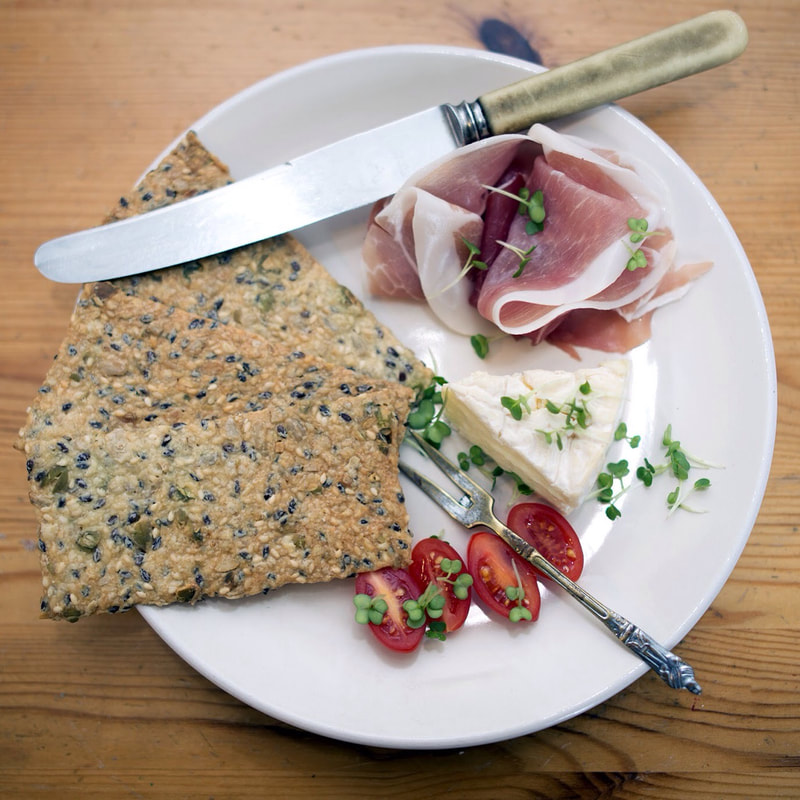 ​After an apple picking visit to NZ in her 20’s, which blew Line away, and then a longer stint in the UK, she settled back in NZ with her family and started making all the things she loved from back home but couldn’t find here (rye bread, marzipan…). During one visit from her mother, the two decided to make the traditional crisp breads from the old country. By old, I mean Scandinavians have been making these ‘hard breads’ for their long winters ever since 500 AD. Having lived in this fresh as country for a while though, Line naturally started to let her own hair down in the switching up of ingredients. To the befuddlement of her mother, Line took a more modern approach and made a seed based cracker to which she added – of all things un-Danish – cumin. Since living in NZ, Line has loved seeing how international ingredients find their way into foods here, the general cultural openness and resulting fusion in the culinary scene. These influences, combined with her own great sense of pairing has led to some stunning ideas.
To give you a better idea of how all this works in the making of a deceptively delicious item such as a Danish hard bread, Line has combined these old-world cracker making techniques (Line rolls all her Knækbrød by hand) with spent grain, for instance, from Hallertau’s #3 Copper Tart Red Ale to create an award winning product. As in, the Cuisine Artisan Awards 2017 Supreme Winner kind of product! Another great kiwi pairing is Line’s Rosemary Knækbrød with Hauraki sea salt, the product of a new collaboration with Greg Beattie who has worked for years in developing a commercial hand harvested sea salt flake from the Hauraki Gulf. 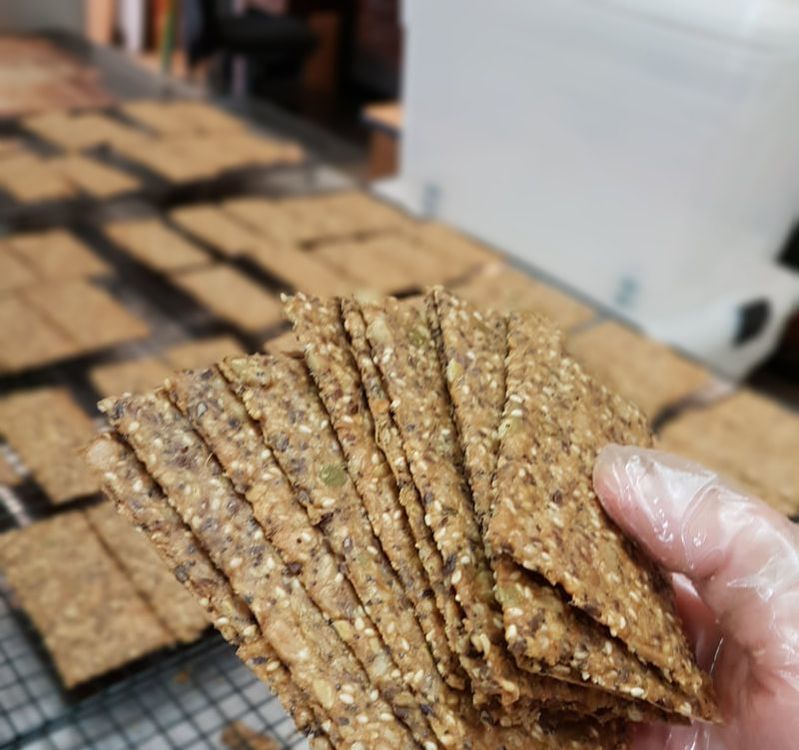 ​To bring this all home though, I think it’s important to think about crackers themselves. Like white bread, Kiwi’s have always appreciated the basics in life, to which we add our whitebait – or like in the film Boy, butter on some days and crayfish on others! Same with crackers, we have all kinds of white crackers for which to put our stunning Akaroa salmon on, or home made rocket pesto and feta. But just like those crusty European sourdoughs which have finally made their way into our bread boxes, so too are European crackers – like those from Bonnie’s Oatcakes. Most of us though, have never had sweet brown cheeses or dill soaked Norwegian salmon on large dry rye knekkebrød. So there’s no real bench mark here. But if you for instance, take one of Line’s Danish Beer Crackers and place a thin slice of cured salmon on top, you will be entering the NZ of the 21st century where all good things come together. Same with her Cumin Crackerbread paired with feta and pesto – amazing. I promise you that the light, crips nutty flavour of the cracker itself will be such a delightful experience, that you won’t know what to do with that typical packet of white crackery stuff in the pantry. And maybe that’s one of the gifts of living in God’s Own, that we continually appreciate both the past and the future afresh each and every day. 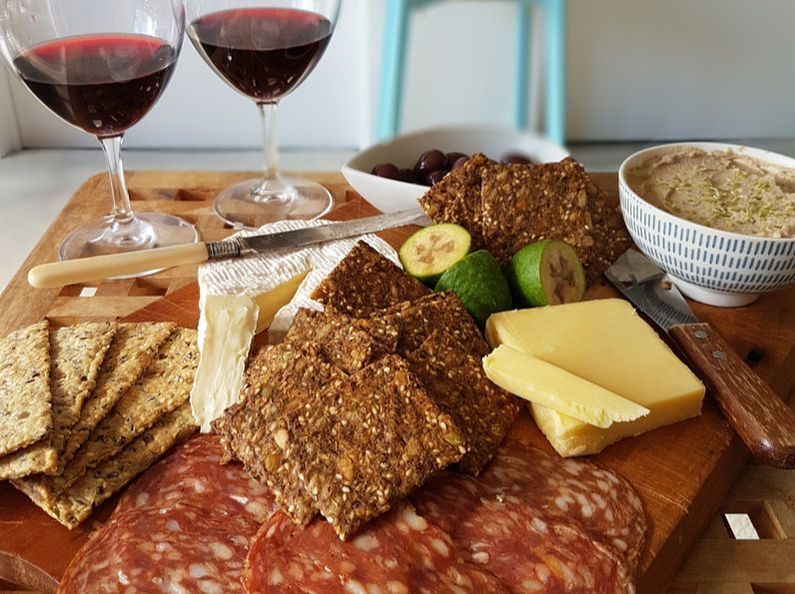