(2020 update: Provisions was sold the Benjer Gold in 2019 who is still making all the same goodies in the same Cromwell location)
Originally harking from Hawkes Bay, Jane Shaw grew up accustomed to the bounty of New Zealand produce. Well-rounded farmers markets providing a direct farm-to-table link for locals have been a part of that region for years, showcasing the interesting ways growers found to pair and extend their offerings into innovative gourmet products. So, when Jane moved down to the Queenstown Lakes district, she was surprised that so few people were really capitalizing on the abundance of this region’s produce, such as the amazing Pinot crop for instance, or pairing local cherries with other Otago-grown ingredients. This opportunity fired up Jane’s creative, entrepreneurial spirit. She’d been cooking her way around the world for a while before coming to work for Destination Queenstown (in marketing and sales), an experience that gave her exposure to a broader look at the region – who was visiting and where they were coming from (places like The Rocks Farmers Market in Sydney). This, in turn, inspired Jane to enhance the region’s produce offering by starting a thriving farmers market and developing tasty new combinations of South Island ingredients. The results: the Central Otago Farmers’ Market as well as the condiments business Provisions. 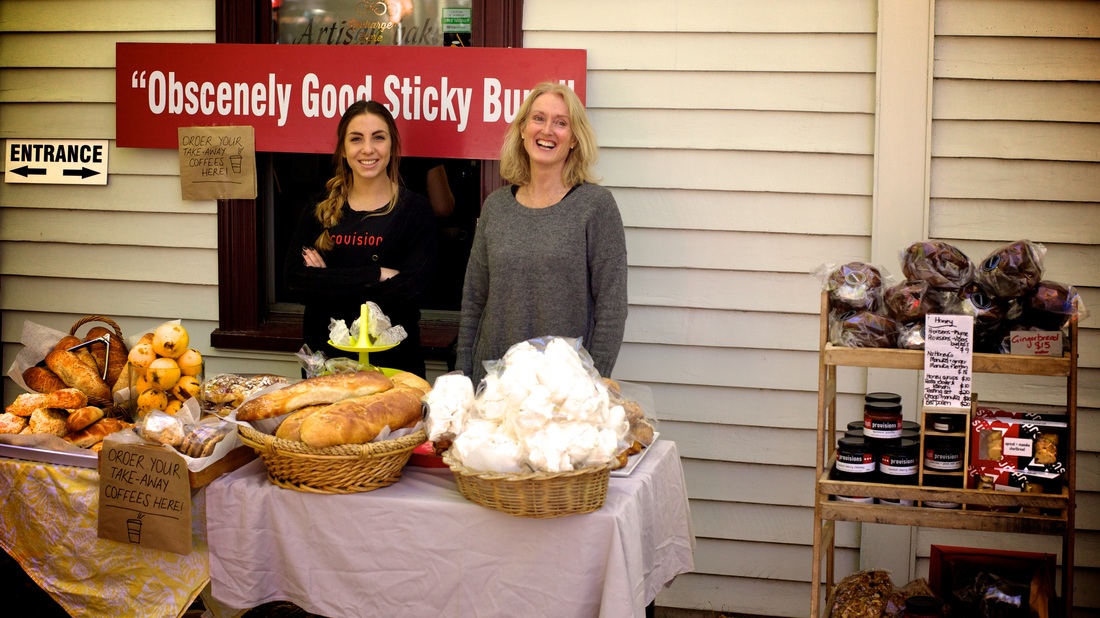 Starting up the regions finest farmers market gave Jane exposure to a cool bunch of eccentric and talented growers, men and women who had wrestled an impressive array of crops out of the outwardly barren landscape. Greengage plums and Clutha Sun Apricots were presented to the public along side Lapin cherries, gorgeously plump White Pearl nectarines and, of course, some of New Zealand’s best wines. These items soon became the core ingredients for Provision’s jams, chutneys, jellies, vinegars and sauces. The farmers market became the melting pot for Jane’s preserves. 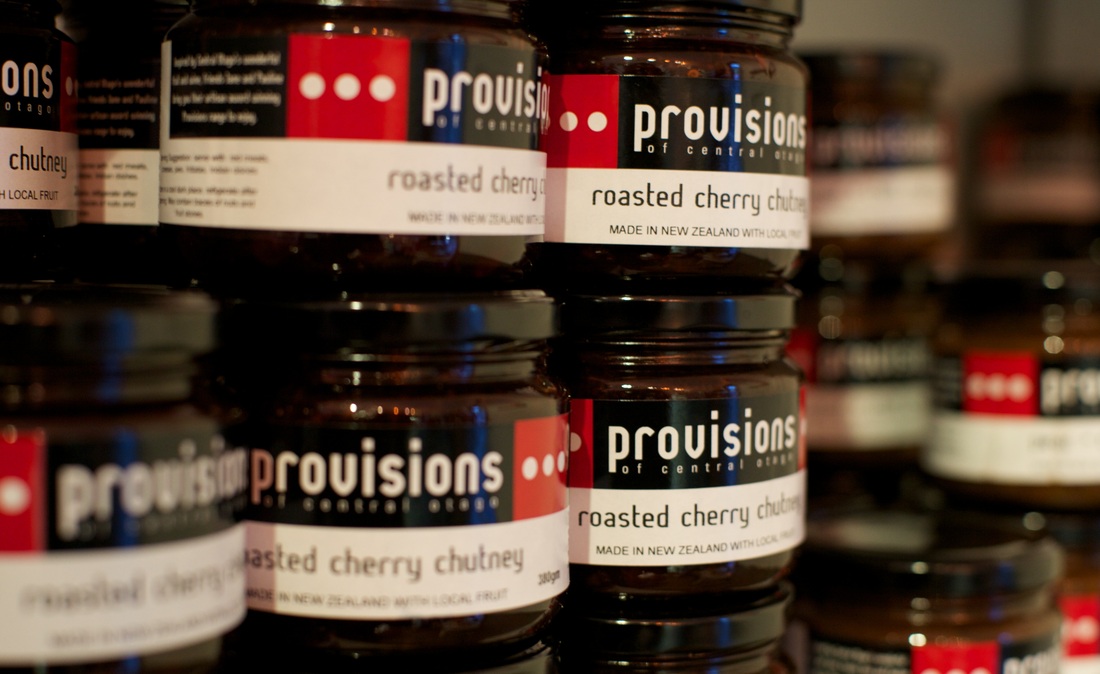 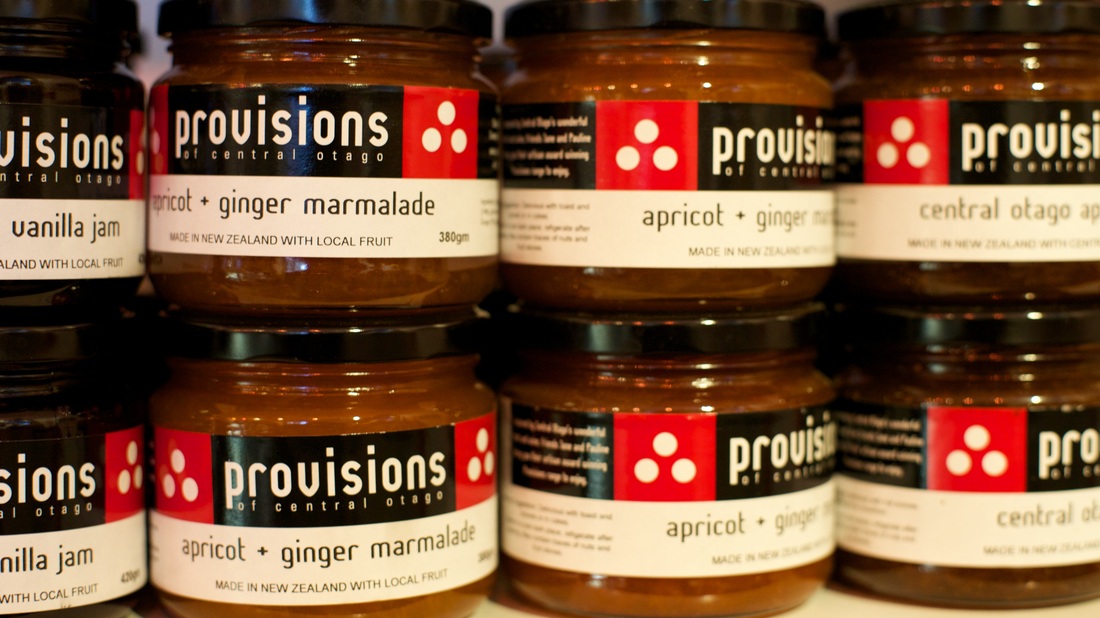 A natural collaborator and instigator, Jane insists that coming up with fruity ideas like her Plum Paste and Star Anise jam or her Apricot Ginger Marmalade was the easy part. These ideas – and, looking at Provisions product line, there are heaps of them – came naturally for this cook-come-entrepreneur. The hard part was developing a business in the midst of the regions bursting orchards, in a newly developing NZ food culture. But, like many people who’ve come to call Central Otago home, Jane loved the possibilities of the almost naive food scene and saw what it was becoming. Provisions, then, was the next move. Jane came up with the original brand one day while looking at some of the old buildings in Cromwell where “Provisions” was literally written on one of the ancient walls. This matched her intuitive sensibility that her new business should be a mix of the old and the new, where the historical pioneers of the district would have taken their local abundance and pickled, jammed and otherwise jarred up their produce for a long winter or a long trek through the hills. 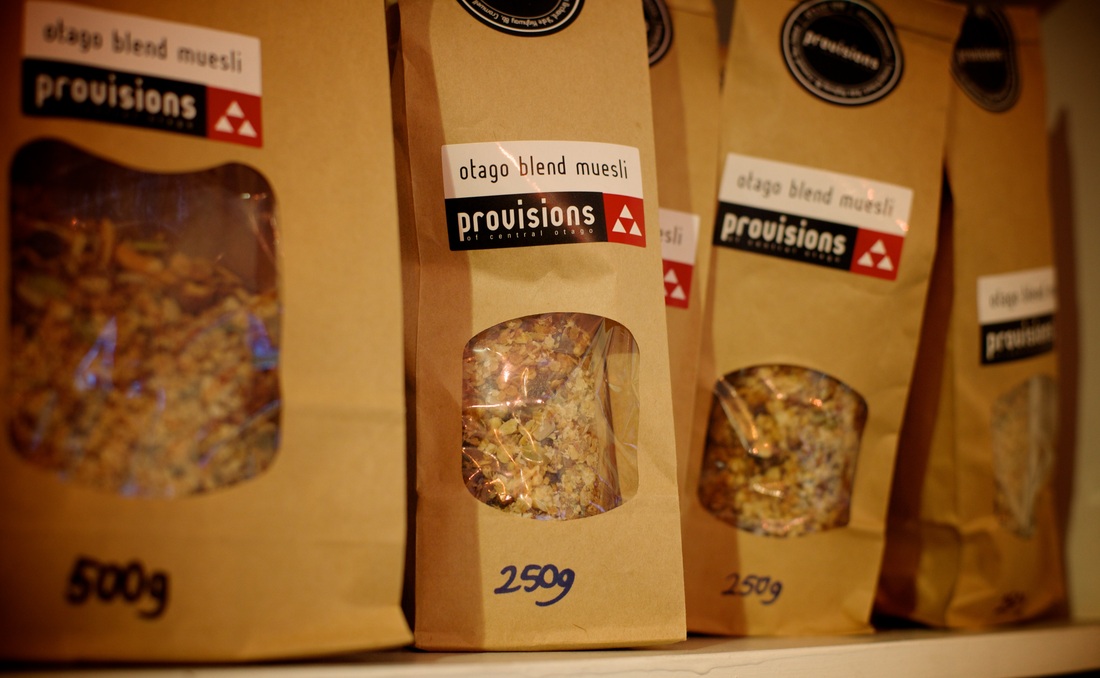 The new side of this coin came from Jane’s adventurous attitude towards life. Like the trailblazers before her, experimentation and the constant search for better ways to make a zingy jam or a rich mustard spurred her on. Jane loves roasted anything so when her nectarine jam wasn’t quite coming out like she wanted, she decided to roast the stonefruit making the now hugely popular Roasted Nectarine Chutney packed with lemon, rosemary, cumin and fennel flavours, all caramelized during roasting. Provisions went on to develop a Sweet Apple Jelly made with rosemary, fresh chilies and chili flakes, along with other wonders like the Strawberry and Green Peppercorn jam. Each new product became an extension of Central Otago’s own bounty and Jane’s flare for mixing spices, traditional cooking styles and pushing flavour boundaries – all the while, honouring the core features of a good pinot or a fresh apple.
Once Provisions found their way into local stores, Jane wanted to find a way to present her jams and chutneys as though they were coming out of her own beautiful kitchen. She started a cafe in Arrowtown (also called Provisions) and The Boat Shed near Frankton. These lovely cozy spots give Jane a platform to share her love for baking combined with the fruits of her preserving skills. You’ll find the best sticky buns I’ve ever tasted or great glazed ham sandwiches lashed with Provisions’ Wild Thyme Mustard and Plum & Sumac Relish or Provisions Maple Glazed Ham with poached eggs, hollandaise and that stunning Roasted Cherry Chutney on the side. In fact, if you want some great recipe ideas to use Provisions’ gear with, pop into the Raeward Fresh cafe or to Provisions in Arrowtown to see what you can make with these goodies at home yourself. 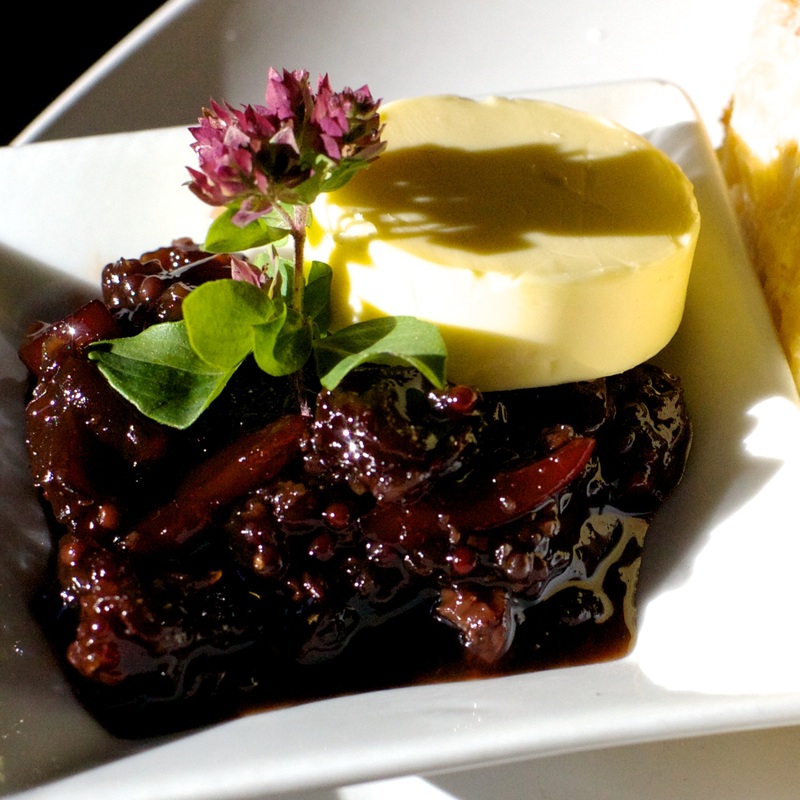 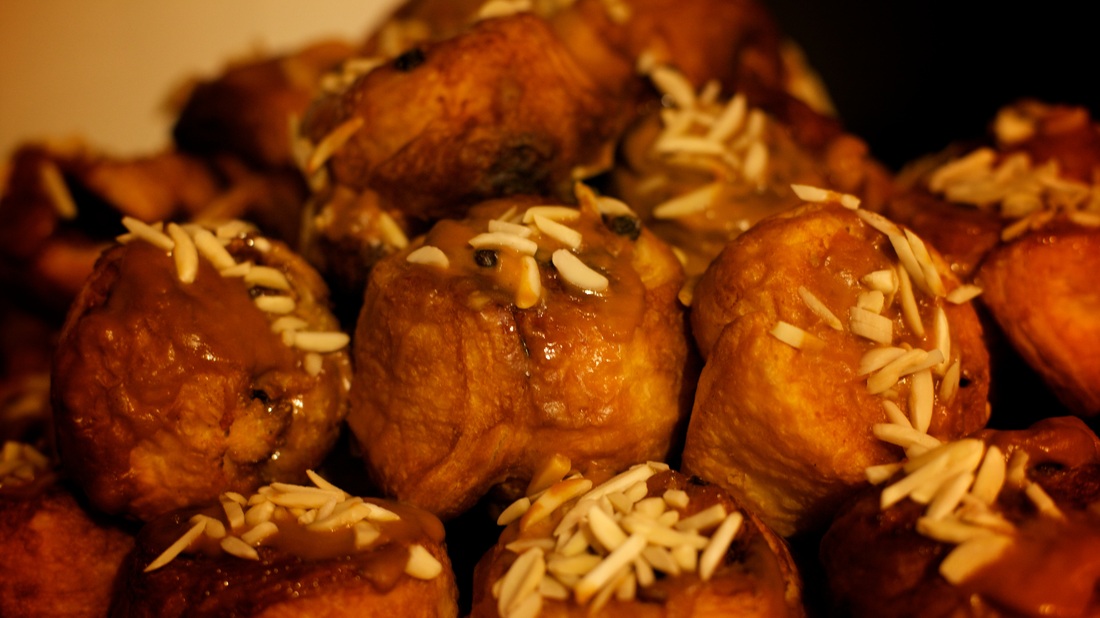 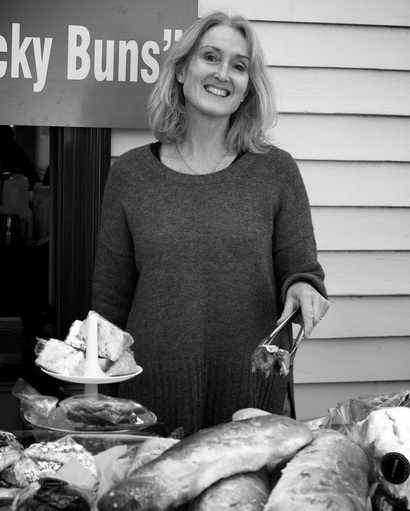 Like Raeward Fresh, most restaurants around the region are now using Provisions Cherry Vanilla Jam, or their sensational Cherries in Pinot Noir Syrup. The old idea of heading to the town market and storing up provisions for the winter – or these days, for your 4-star restaurant kitchen – is making a comeback thanks to Jane (and her talented, hard working crew).