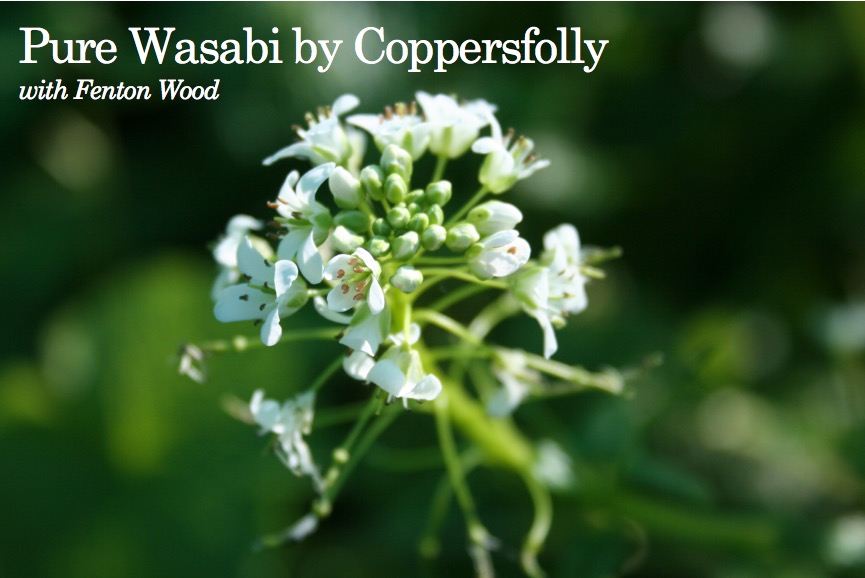 It always amazes me how New Zealand can adopt a wide range of diverse crops and grow them, in many cases, as good as or better than where they originally came from. Our hazelnuts for instance, often do better here than their European cousins. Our pine nuts don’t suffer from the same pests as in Europe or Asia. Our carefully chosen and cultivated walnuts, stone fruit, fresh herbs and many other foods thrive in God’s own country in such a way as we often then re-export back to the places of origin. And now, thanks to the hard work and ingenuity of Fenton Wood, you can add Wasabi to that long list. 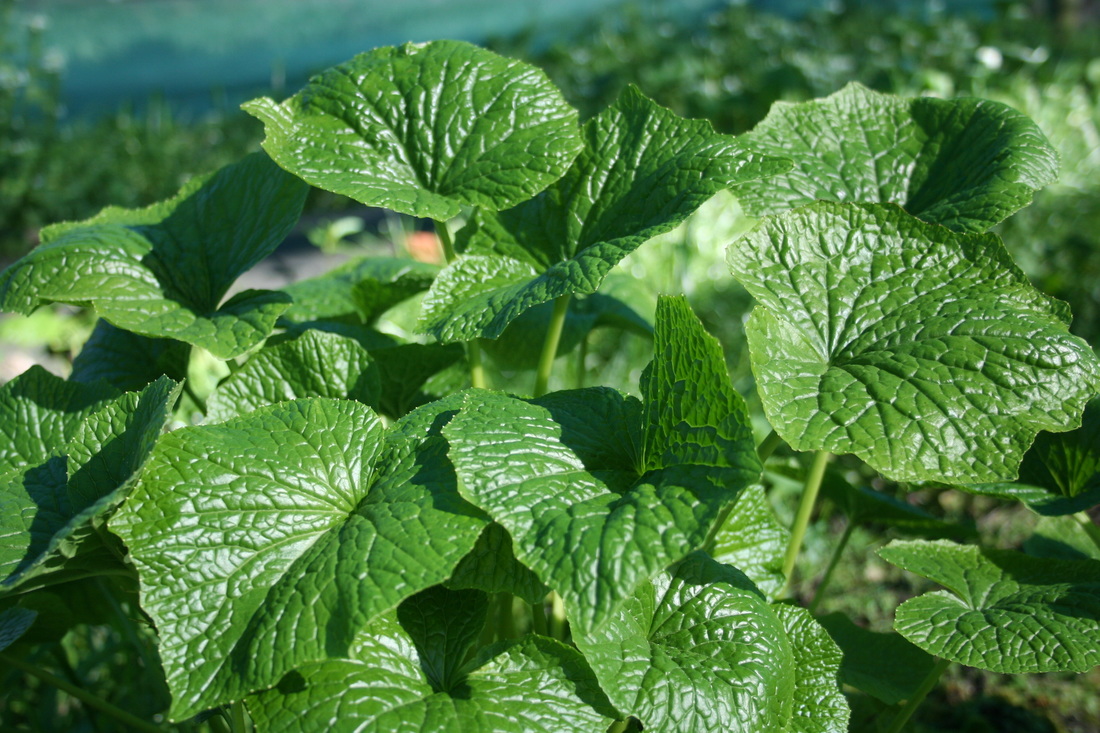 That’s right. That obscure hard to grow rhizome which usually thrives in the cold alpine streams of mountainous Japan is now thriving in and around the South Island of New Zealand. Duh. It’s not only thriving here but New Zealand, as far as Mr. Wood knows, is the only place where pure wasabi paste is made in the entire world, including Japan. No preservatives, no horseradish, no additives, no chems, just pure wasabi root quickly grated and jared moments after being plucking out of the rich Canterbury soil in which it thrives. The pungent quality of wasabi will start to dissipate after around 20 minutes from being harvested so Fenton & co have to work fast to make sure all the flavour and quality of the root stays in tact, placing it glass jars only where the fantastic antibacterial nature of real wasabi keeps it clean and fresh without the need for preservatives. Also, the glass stops the ITCs leaching out whereas plastic doesn’t.

Most of us Philistines will have no idea what real wasabi is about. We either like or don’t like that pea green paste which has passed as wasabi for decades at our local sushi joint or super market. A product, I must say, which has zero wasabi root in the tube. The real thing is impossible to import and even if you’re well travelled, you’ve probably never even had the opportunity to get anywhere near it. There are still places in Japan though, which will break out the freshly picked root and grate it directly onto your plate using a shark skin. The flavour is crisp, pungent – but not the burning kind, and fresh as. In fact, it’s exactly this kind of rare experience where hard to find ingredients meet classic techniques that Fenton is re-creating. 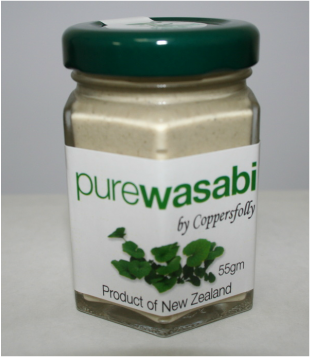 After 35 years in law enforcement, Fenton Wood decided to buy 25 acres outside on Christchurch in Taitapu and grow something different. He chose to get into wasabi, of course, when someone asked him to grow it for their wasabi oil venture. The venture didn’t work out but the wasabi was thriving so Fenton and (now deceased) wife Barbara figured out how to figure it all out. After years of help from the kind fellows at the Food Sciences Dept. of Lincoln University, trial and error, and according to Fenton, “poverty”, he worked out how to coax this cold loving plant (snow, frosts, no worries) into multiplication. Once he developed the best tissue cultures for reproduction, he then found the best places around the South Island to grow the magic (as in health benefits and flavour) root. I’m not gonna give away any secrets here, but one of these places has one of the worlds largest natural springs right next to a salmon farm around the north west tip of the Marlborough Sounds. Wasabi needs the freshest of waters well fed by local fish life. Perfect environment, pure wasabi. And so that’s the name of Fenton’s company (Pure Wasabi by Coppersfolly) of over 15 years in the making. 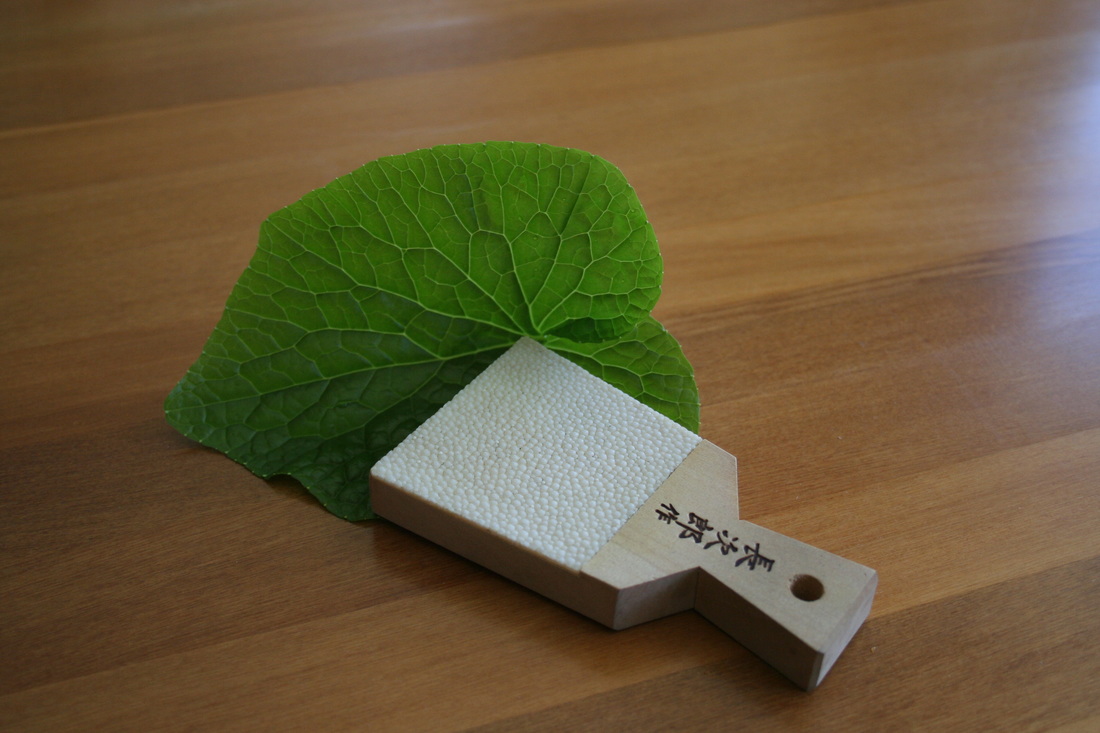 From a foodies point of view, the real deal wasabi is actually an incredibly diverse food or condiment. You can thinly spread pure wasabi paste on a ham sandwich giving it that mustard kick or on a great steak instead of horse radish. It goes well with seafood of course, or in dressings where you’d want a very fresh spicy twist. From a health perspective, what researchers at Lincoln University found (as is becoming typical when looking closer at a lot of these more traditional or ancient foods) was that the isothiocyanates (ITCs) in wasabi have a dramatic effect on platelet aggregation, keeping your blood from clotting, and being ten times more effective than taking a small aspirin each day as many people do for their hearts. The list goes on which you can read more about here but suffice to say that such a rare and beautiful food such as wasabi is well worth having in the pantry for all kinds of reasons. And therefore, well worth us stocking it at Raeward Fresh where you can get the best that New Zealand has to offer. Thank you Japan, thank you Fenton Wood.