On most mornings of the week Morgan Maw gets on her bicycle and rides a few minutes through Eden Terrace to Bonnie Goods’ kitchen. She’ll turn on the ovens, heave a large bag of Otago oats onto the counter, and mix up a batch of dough. Morgan will take her substantial rolling pin and level out the oaty stuff until she’s content with the thickness. She’ll then mark out and hand cut hundreds of wee rectangles, placing them gently onto a baking tray and into the oven until they’re just the right texture of softness and crunch. The lovely Morgan Maw is making Bonnie Oat Cakes.
Oat cakes? 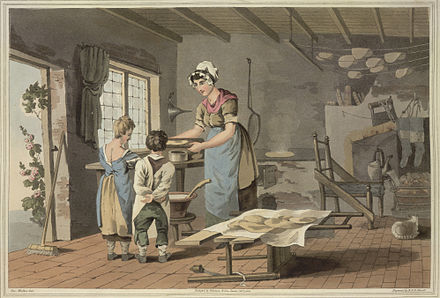 Yep, oat cakes, and here’s why:
Morgan grew up in Taranaki where, like most Kiwi kids, she spent her days mucking around at the beach, baking through Ladies, A Plate and the Edmonds cookbook, as well as generally tinkering around her Dad’s workshop making things. And, like most kiwi kids, Morgan did not grow up eating oatcakes. Instead, she had an active mind that leaned towards crafting and an entrepreneurial streak that got her making jewelry. After leaving school, she began working with Craig Macfarlane at one of his Ozone cafes in New Plymouth. Morgan was inspired by Craig’s energy and innovation and went on to Uni in Wellington to study communication and marketing. 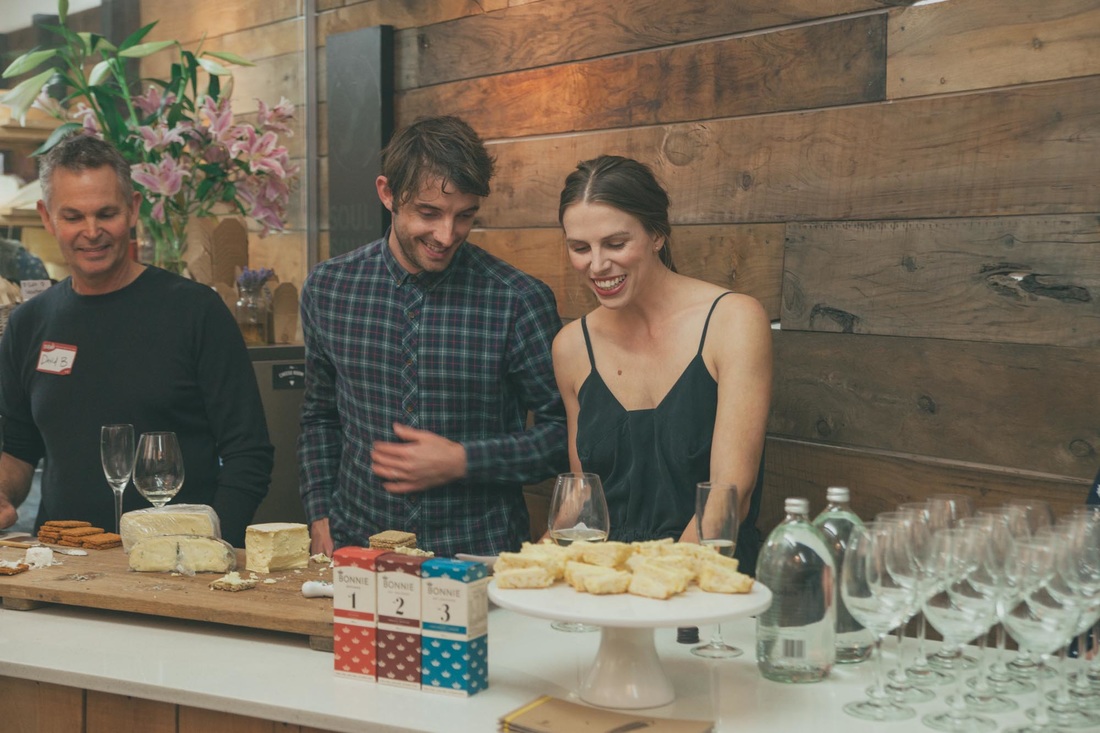 In her second year, Morgan met her now partner Nic and, after graduation, the two went to the travel agency and asked where the cheapest tickets to Europe would land them. Rome. No oat cakes here yet either. They travelled Europe (like most Kiwi kids) and ended up in the UK. London seemed too hectic and a friend of Nic’s was running a hostel in Edinburgh… so Scotland it was. And guess what they eat in Scotland? 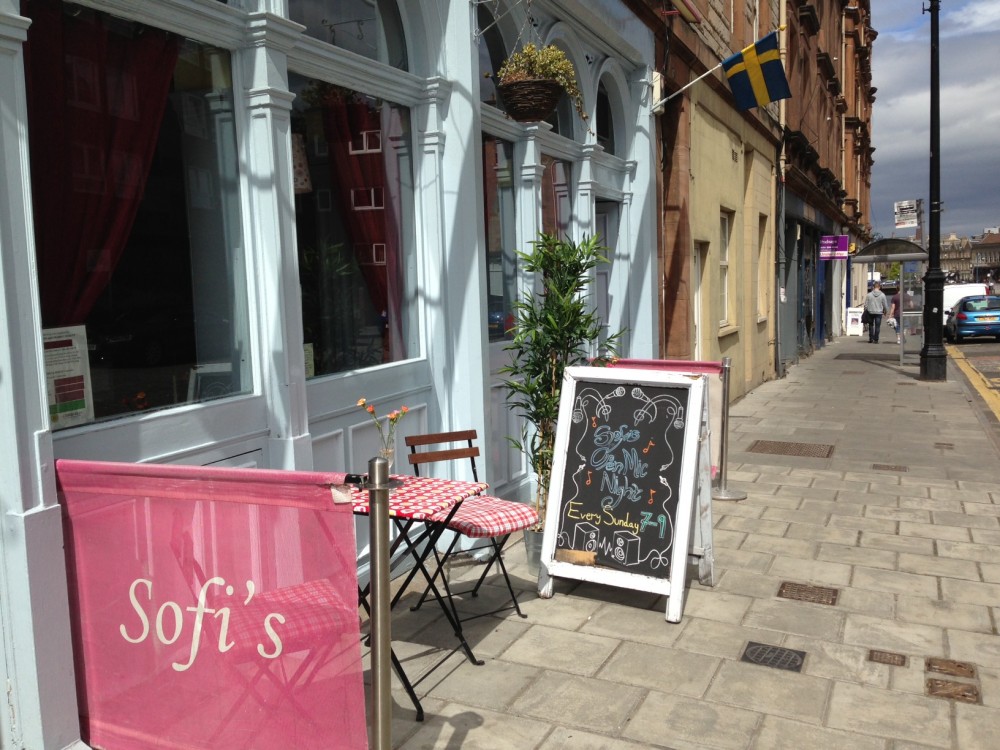 Nic got a job in marketing and Morgan got an admin job at Standard Life, which she says felt exactly as the company’s name implies. In her free time Morgan happened upon the Baking Club at Sofi’s (their brother pub Joseph Pearce is this writers’ favourite in the UK) and got creating alongside some of Edinburgh’s best – you guessed it – oat cake makers. Along with an appreciation of great whiskey, Morgan learned the subtleties of the perfect oat cake. Namely, that a great oat cake must compliment the manchego cheese or duck pate (or in Fix & Fogg’s case, peanut butter) and not over or under power it. There must be a certain saltiness (Morgan uses Marlborough sea salt) but not so much that it’s too savory. And, there must be a crunch that speaks of heartiness but not dryness. Morgan learned all these things and came back to NZ to try her hand at, of course, fashion design.

Didn’t work out. And here’s why.
When Morgan returned home to help cater for her brother’s 21st, she decided to buy some oatcakes and couldn’t find any. Hmmm. She made some herself and found her family both bemused and pleased at this foreign fare. Hmmm. She didn’t like the jobs she was getting along the way and it came down to making a decision. Morgan thought back to her time with Craig (who now mentors the couple) working at the New Plymouth cafe and how since childhood, she really wanted to run her own business. And so, like many of our amazing producers at Raeward Fresh, Morgan and Nic decided to risk ‘the secure life’ and become entrepreneurial bakers.

Morgan at work making and sharing her hand crafted oatcakes. There’s a lovely video of her at work on Bonnie Goods website which you can see here.
Bonnie Goods Oatcakes were born in November 2013 starting off with an ‘Original’ flavor and then a ‘Linseed’ edition (with linseed sourced from Nic’s uncles farm in Canterbury) was added soon after. Recently, Morgan has made a smoked paprika oatcake to round out (or, rather, square up) the offering. I’ve tried each of these with Mandy’s horseradish, Taste of Provence duck pate, a mix of cheeses, honey & Fix & Fogg peanut butter and they’re all wonderful. Especially Bonnie’s smoked paprika oatcake. There’s something rich and comforting about this reddish oatcake, the colour reminiscent of Central Otago hills during a long slow summer sunset. It’s like nothing you’ve ever had in a cracker or snack and topping it off with a bit of brie or a mouthful of manchego creates a beautiful oatcake experience. Knowing just a bit about Morgan and Nic, I’m sure we’re going to see more innovation, craft and deliciousness come from these two exceptional Kiwi kids. 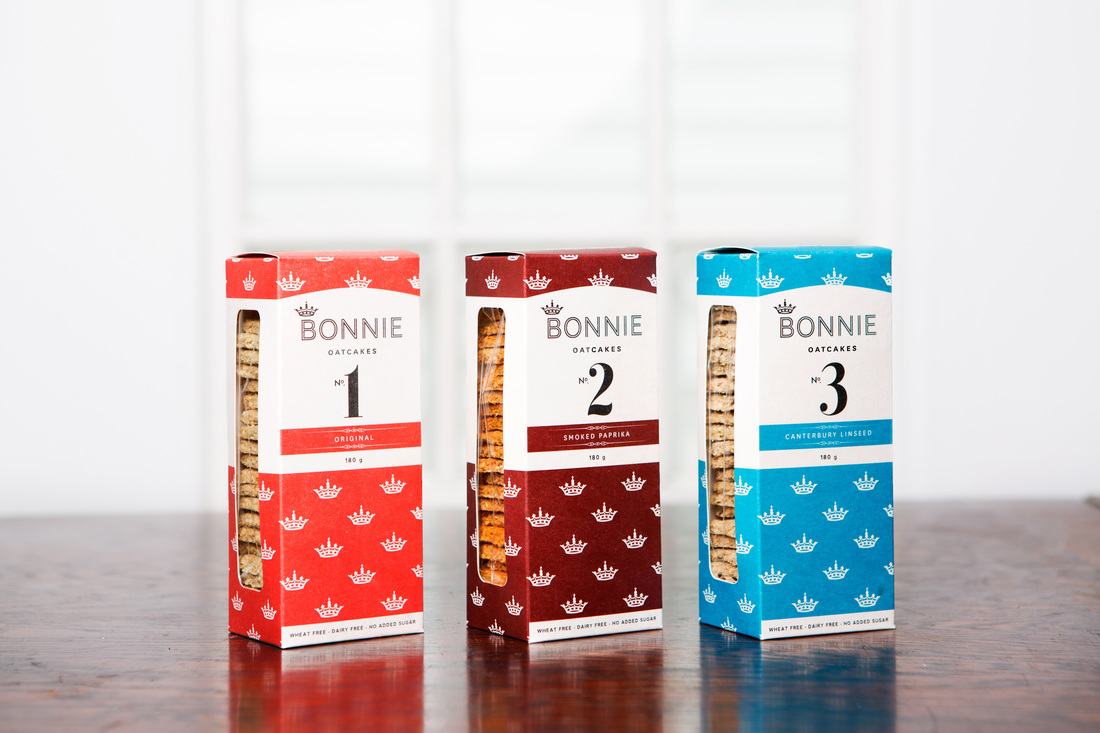 The Recipe for this week’s blog…
…is to check out the deli counters at Raeward Fresh and pair Bonnie Oatcakes with your favourite Stilton and Zoe’s garden relish. Or, a creamy French Camembert and Provisions Cherry Almond preserves. You can go sweet or savoury with these hearty healthy oatcakes which me and my neighbours have been thoroughly enjoying. 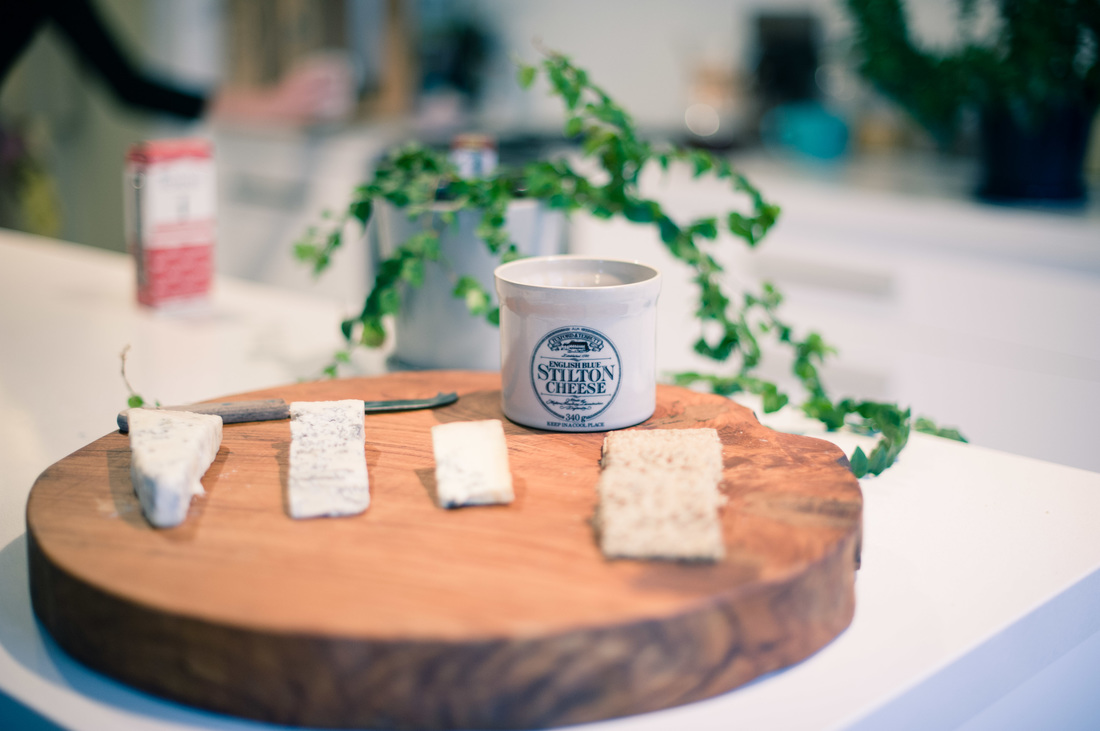