If you’ve been to France, and bought a roll of butter, and slathered a bit on a baguette, then you’ll understand what I’m about to say. There are simple pleasures in life which are so wonderful precisely because of the complexity of care and skill that has gone into the making of those pleasures. That roll of butter for instance, would have been made with artisanal skills (from grass, to cow, to cream, to créme fraîche, to buttermilk, to butter) that nurtured flavour throughout the entire process. Same with the baguette. And so, when we unroll the butter and slice it onto the bread, we are enjoying something so simple and yet so beautifully complex. 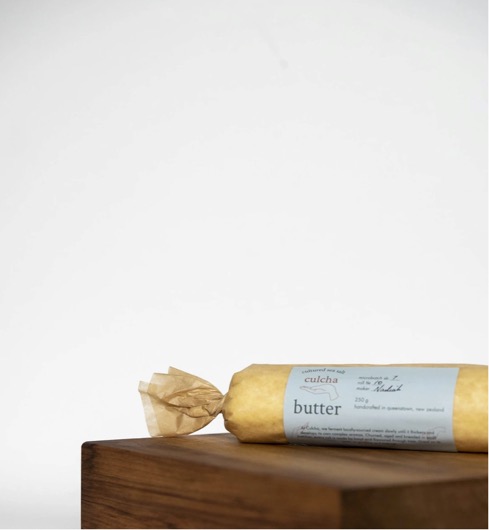 This is exactly how I felt with Culcha butter. This cultured, unsalted butter not only took me back to my days in Paris, but took me further into levels of flavour and complexity that I’ve honestly never experienced with any other butter. All the basics were in place; grass fed Canterbury cows, fresh cream, and someone who obviously knows how to make butter. But there is so much more going on. The cultures, ageing and development of this butter needs to be likened more to the cheese making process than to your typical NZ butter. Someone is taking their butter very seriously here.

That someone is Nadiah Zainal. Nadiah trained at the Cordon Bleu in Paris where she learned how to use French butter in the making of pastries, but it was working at Amisfield that she first began experimenting with the making of butter herself. Her natural sense of design and creativity has since taken her butter making to new levels. For instance, Nadiah uses four different types of lactic bacteria — which are also used in making brie or blue cheese — which not only add an amazing depth to the butter’s flavour, but also allow it to change and age over time. Nadiah also uses sea salts or local Queenstown honey to build on these cultured foundations. 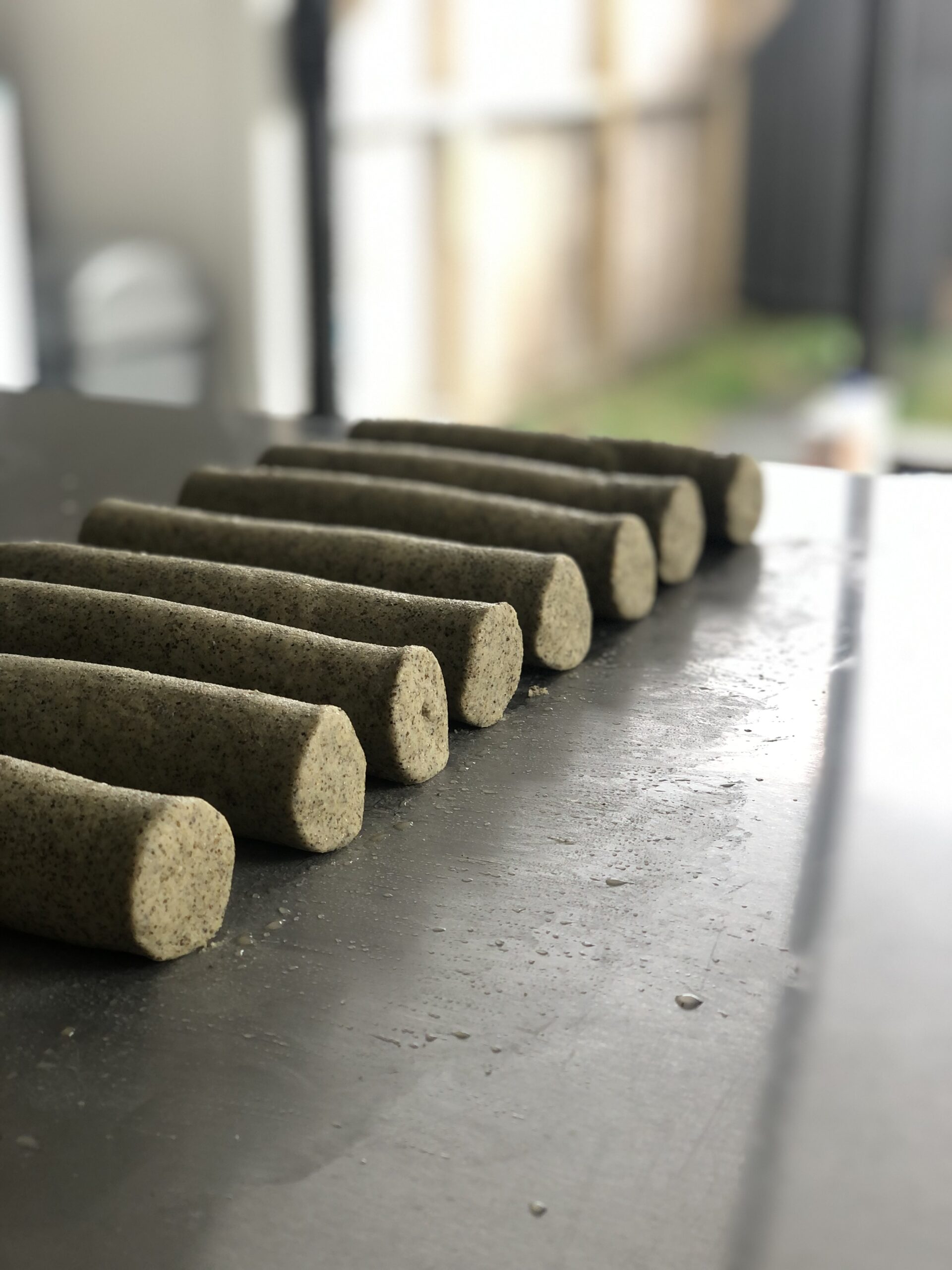 This is why Culcha butter is such an amazing simple pleasure. It has all the core qualities of a great French roll of butter, but it develops fantastic flavours over time. In fact, it’s so rich and delicious, that you only need a tiny bit to make your bread come alive, or that basted steak, or asparagus… So value for money, it is totally worth it. And this is another simple pleasure, to be able to buy something that may cost a bit more, but it goes further, tastes better, and is actually healthier. If you’ve never tried this butter, I recommend that you get a great piece of bread, take a slice of Culcha, and enjoy the moment.