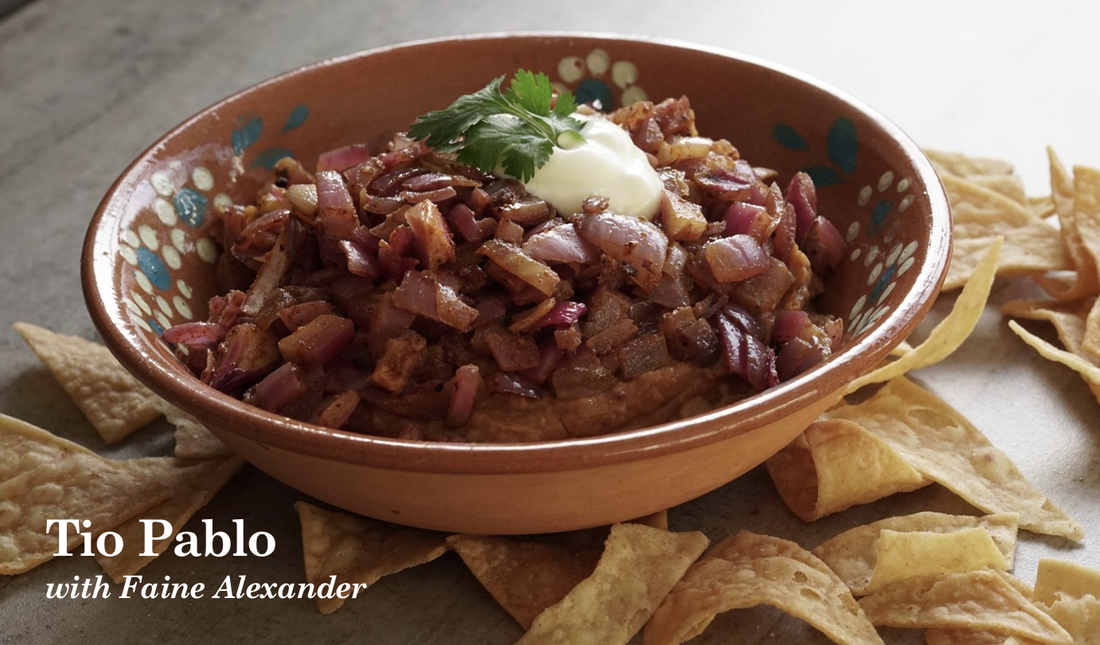 For heaps of New Zealanders who have traveled abroad over the years and tasted amazing Mexican food, coming home to a lack of great ingredients has been more than a bit disappointing. In fact, having grown up in California and lived in Mexico, I was a bit shocked with my first exposure to Mexican food in Auckland a while back where white bread had been used in the place of tortilla’s. Things changed – albeit very very slowly – until one day I saw that beautiful, familiar little orange can on my Raeward Fresh shelf with the face of La Morena smiling back, offering her smokey Chipotle’s and changing NZ life forever. Sometime later, I started to see masa (corn flour used to make tortillas and tamales), dried ancho poblano chilies and then, decent corn tortillas on the shelves. What angels were at work here and why were we being so blessed despite our use of second rate salsa’s with our “cheese flavoured” (Ay, caramba!) corn chips?

Apparently, Faine Alexander (the angel in question) has been working behind the scenes for quite a while now, gathering some of the most authentic and delicious Mexican ingredients in order to deliver them to a country who has seen the light. Her ability to bridge the distance between the best of Mexican ingredients and the curious foodies of NZ is extraordinary so I spent some time with her recently, trying to understand why and how she’s done it via her company – Tio Pablo. 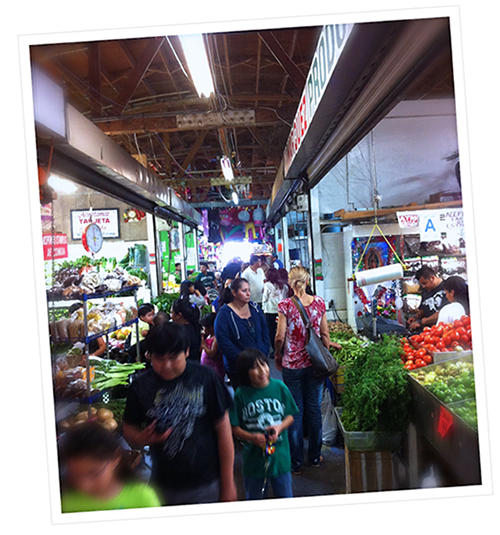 Faine grew up in Walnut Creek, California, a town in a state rich in Mexican culture and cuisine. She grew up pouring over gourmet Mexican cookbooks and loved their broad ranging recipes, food she could try out at any given strip mall in town where mom and pop shops would be serving some of the best Mexican foods around, recreating Oaxacan or Yucatan specialties. She later married a Mexican American who’s beloved uncle Paul (Pablo) would eventually become her Kiwi companies name sake. When the couple moved to NZ for work, Faine longed for a decent tortilla among other things so she decided to start making her own. She bought an old tortilla machine and started production for what would eventually hit the local markets and then grocery stores. The machine wasn’t great but Faine was convinced it was the way of the future (bringing some of Mexico’s food heritage to NZ) so she mortgaged the house and went to Pico Rivera in order to buy a tortilla maker (as you do) and started producing heaps!

​​Along the way, Faine dove deeper and deeper with family and friends to discover what really makes for authentic Mexican cuisine. For instance, she found that there was a distinct Mexican Oregano which came from lemon verbena (Aloysia citrodora family) and gave a rich flavour to salsas among other things. Also, the use of Amaranth, used by the Aztecs for centuries, was largely forgotten and was due for a comeback. As these lessons kept flowing, so did the number of products Faine and Tio Pablo introduced. As more great ingredients hit these shores, the Tio Pablo crew started making an impressive array of foods that you could simply break out for a killer snack (as I write, I’m munching on their amazing Totopitos- simply the best corn chips I’ve had in the country – dipped in Tio Pablo’s Salsa de Pepita) or add to proper breakfast of Heuvos Rancheros (using Tio Pablo’s proper corn tortillas and salsa verde), or, spice up your next fish taco lunch with their Mayan Gold spice mix.
The thing Faine is doing so brilliantly here is providing deeply thought through foods which use solid, authentic ingredients our Mexican brothers (and their mothers) would smile upon. She’s doing the research and the hard work of getting the good stuff into the country, and, she’s making it available to the rest of us! Now, we’ve all seen Mexican food supplies growing like tomatillos on our store shelves. Kits and packs of taco shells (warning, you won’t find ‘taco shells’ in Mexico) with spice mixes, cans of black beans and even the odd dried chilies etc. These are okay as far as quality and flavour (mostly), but are a kind of disservice to authentic Mexican cuisine which is actually super varied, ancient and amazingly delicious when done right. 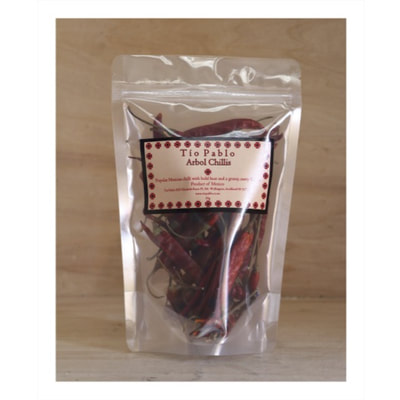 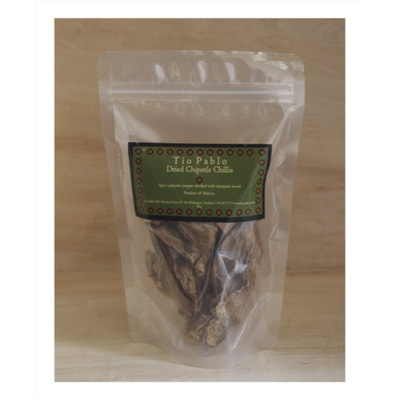 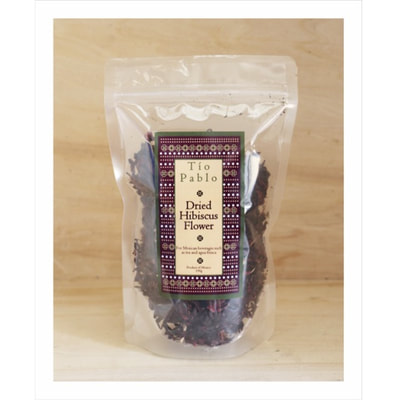 Take for instance, the making of a mole , a staple in Mexican sauces. These rich, often dark sauces, are a bit of an art form in Mexico (check out Chef Enrique Olvera on Netflix’s Chef’s Table). They form the basis of many dishes or are added onto many more producing a kind of Mexican Umami. To achieve the well rounded flavour profiles, you HAVE to have the right chillies at the heart of your mole. Guess who has the best in the country? Yep, dried Guajillo chillis, Habanero if you dare, chilpotle of course, Arbol (one of my favourites), Morita… the list goes on. Tio Pablo has taken these ingredients so seriously that anyone in the country now has a shot at producing excellent Mexican mole or for that matter, the broader cuisine. I for one think this is quite a thing. Not just because I grew up in California and need my fix, well, maybe, but because one of the things New Zealanders shine at is starting with the best of what other countries produce and then to take it to a whole other level, like the fellas at Taco Medic down here in Queenstown who use Tio Pablo’s outstanding masa (now with blue corn, yea boyyy) in their own hand made fantastic tacos. 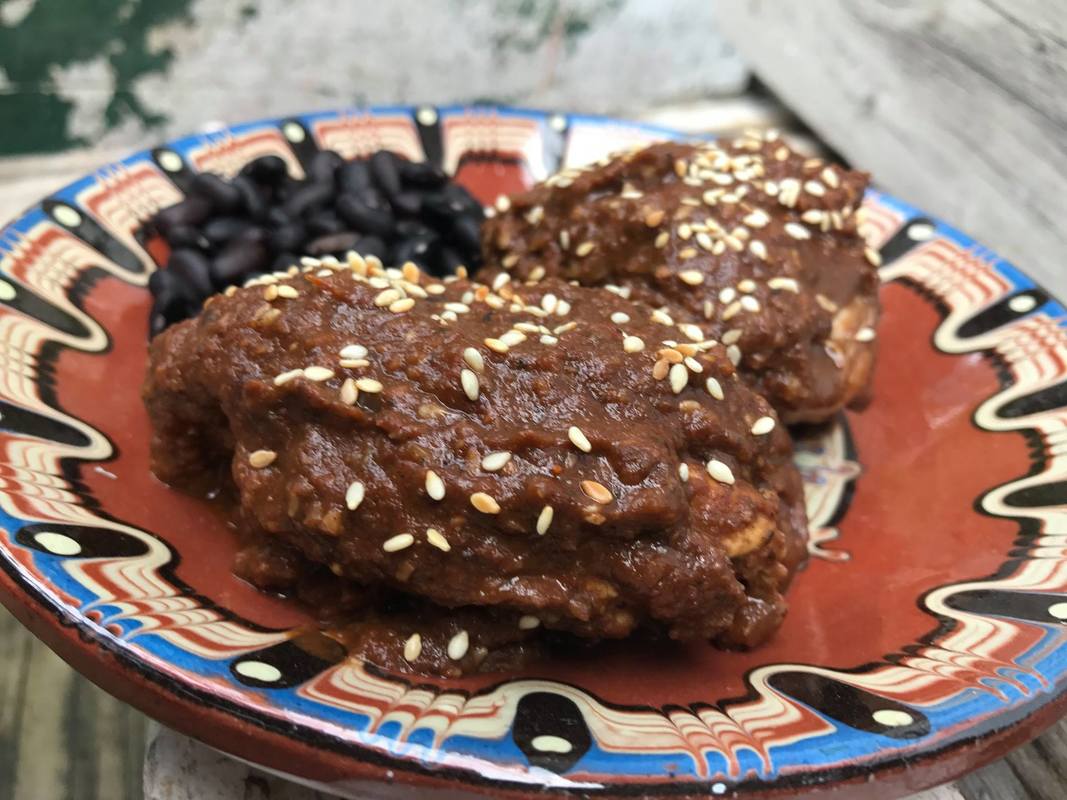 This is what Faine and crew do at Tio Pablo, honouring their roots and bringing the best of Mexico and NZ together. Have a look at their impressive recipe list first and then head into the store to grab some of these ingredients, snacks and meals for yourself.

This one will get you started on your first Mole! http://tiopablo.co.nz/chicken-mole/