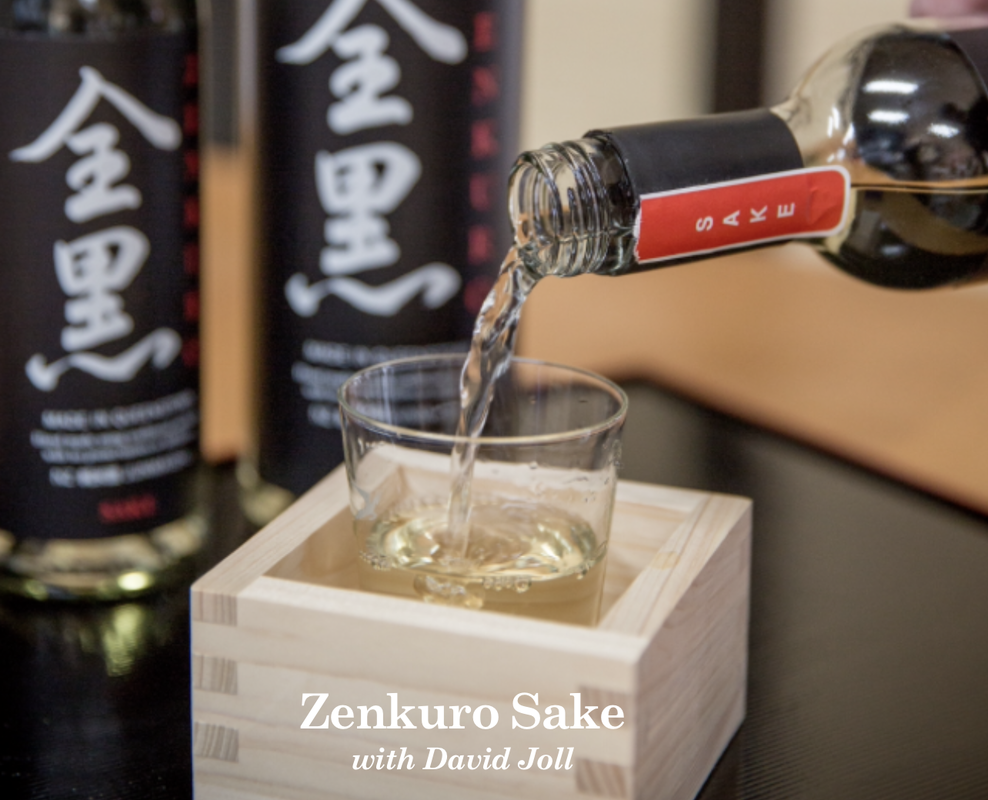 One of the main themes that has run through this blog is how New Zealanders (and new New Zealanders) have been able to travel the world and bring something marvelous back home – contextualizing it for kiwi culture by adding their own particular twist. For the most part these innovators have reinvented known European foods from delicate oat cakes to fine chocolates. Every now and then they have formed bridges between more diverse cultures by creating say, NZ made masa (for tortillas) or a Goan / Christchurch take on chutney. But never in my relatively long life have I come across someone who has so deftly embraced another land and successfully brought back a complex and rich part of their culture – keeping in tact every aspect of it’s long traditions while being MADE IN NZ.

David Joll is an extraordinary soul. Raised in Whanganui where Tui, DB or Lion beers largely defined the extent of cultural extravagance, David jumped at the chance to go on a high school exchange program to Japan. At a time where most people were heading west to the US, David went very very east. (Actually, very very North of Whanganui that is). While there he was taken with the culture and in particular, saw how stunning and well curated the food was. Especially when it came to alcohol and dining. Back home, drinking / eating culture hadn’t quite come together while in Japan, the taking of sake with your meal was a well considered part of the overall experience. As with tea, the Japanese had made an art of celebrating the various accompaniments of food and drink around the table and sake (a fermented rice based alcoholic drink) was a central part of this. 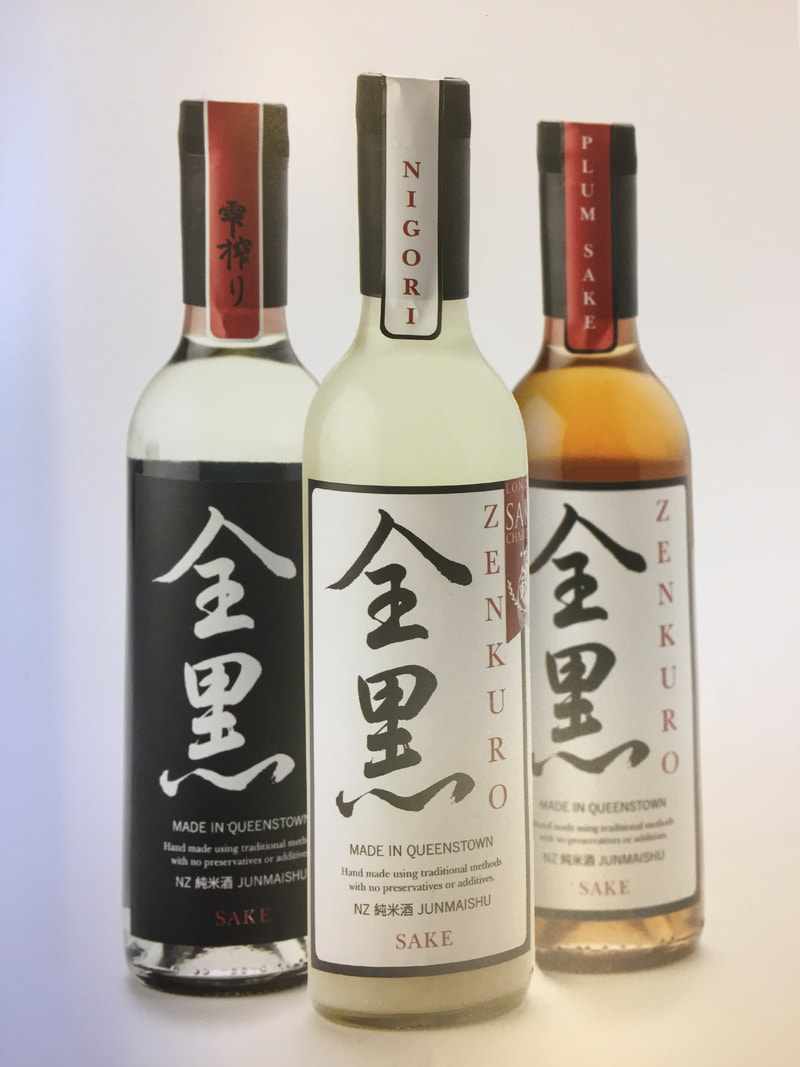 After the high school experience, David decided to study Japanese at Uni in Auckland. After completing his degree he did two years post grad study at Uni in Japan, staying on afterwards to work there. It was during this time that David discovered Ginjo for himself, a very high quality sake making a comeback after years where the industrialization of the method had become the norm. Traditionally, sake is fermented over a painstakingly long process where there alcohol and sugars naturally form while being monitored daily for temperature and development. What had become the rational production process by then though was a quickly produced sake where distilled alcohol was added to the drink. Traditional sake breweries “kura’s” were still in practice but as is the case around the world, mass production in the second half of the last century was killing off a craft and a product that not only had deep roots in the forming and maintaining of the culture, but was an integral part of it’s benefits to  health.

For instance, traditional sake is naturally brewed in the way that say Méthode Cider is. No additives, naturally occurring yeasts brewing in the purest water you can find. When David did return to NZ after 22 years he had a longing to bring something of his experience and wonder home with him. Eventually, together with the support of his wife and long term mates and business partners, he chose to find a way to brew traditional premium sake. In the beginning, he thought they would set everything up and hire an experienced brew master to make the sake. However, once he’d gone back to Japan to learn all the methods, took classes and got certified, travelled the world to learn from other producers, together, they decided that David was actually the best guy for the job.

David and his forming team chose Queenstown to start NZ’s first and only sake brewery. Aside from a specially milled rice that still comes from a sort of “contrôlée” in Japan, the other most important ingredient in an outstanding sake is the water which can be as distinctive in the final product as the rice that’s used or the method of fermentation / pressing. Lake Wakatipu water happens to fit the bill of being very pure, soft and super cold – all elements that make for a distinct flavor that is traditionally Japanese, but as judges around the world have found, also distinctively New Zealand.

To achieve this kind of recognition (for instance, winning a Gold and Silver Medal at the World Sake Challenge in London hosted by the International Sake Sommelier Association)  there is something extraordinary happening. Producing sake at this level requires an old soul, a Japanese one at that, who understands not only the nuances of the process, but has the patience and character to love the drink into being. David is that kind of guy. Whether he’s wrapping blankets around the fermenting pot to get just the right tenth of a degree in temperature or deftly balancing the cloudy (lees in the sake) and clear mixes to get a flavor profile that delights his inner Sensei, there is something going on here that few people can achieve. 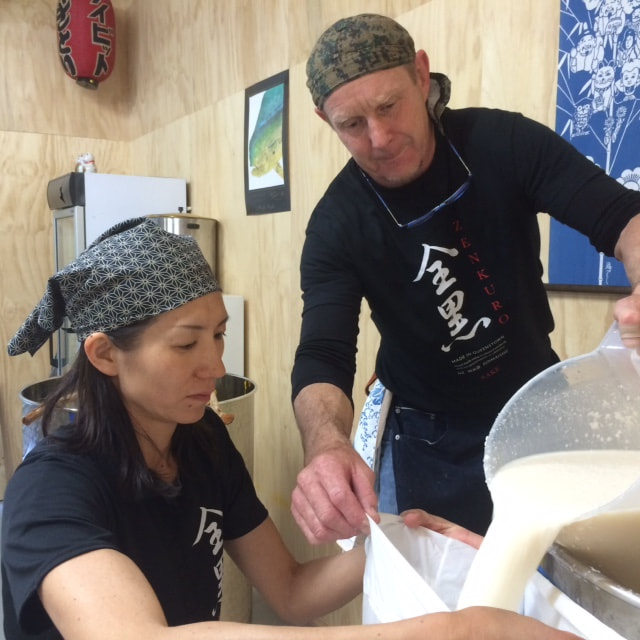 Most of us can travel and appreciate the wonders of other cultures. Some of us can bring that back home and whip up some decent huevos rancheros. In my opinion though, David Joll has gone deep into another place and embodied it back in NZ through his sake. In some cases, host cultures can be offended or even mock efforts such as these (I don’t want to point at anyone in particular but tu sais de qui je parle.). In David’s case, he has earned only praise from abroad and for good reason. He is demur, attentive, respectful and yet deeply intelligent and passionate about his craft. It’s these inner qualities, I think, which truly qualifies him to be the NZ ambassador of sake that he has become.

I could say much more about Zenkuro’s (translated means All Black) processes and products (five and growing). I could mention numerous recipes that sake pairs well with or could be used for as a fine ingredient in other dishes. I could give you my personal opinion about the quality of David’s sake. But you would do better to head into Raeward Fresh and grab a bottle of this hand made limited quantity sake yourself, take it home and have a taste with your next meal. Warmed to 48˚ or chilled – start your own cross-cultural culinary adventure and let David know how it’s going.