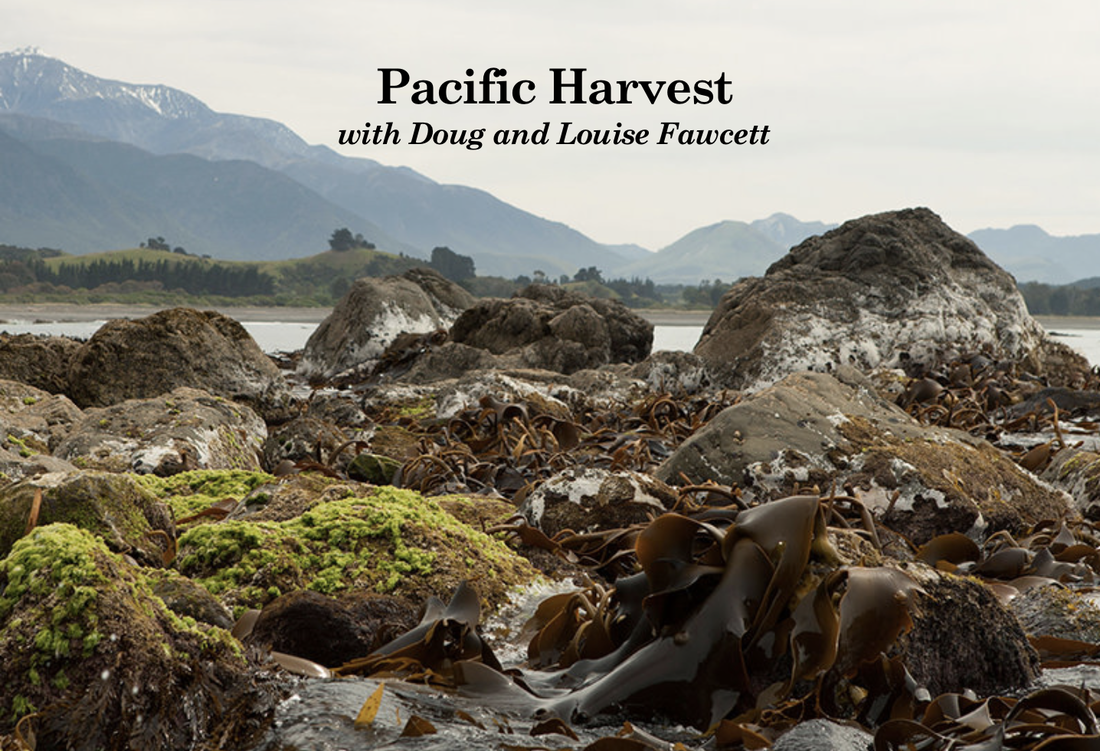 In general, seaweed as a food has gotten a bad rap. To start with, the name sea ‘weed’ implies it’s not edible or is an overgrown menace to it’s environment. Not true, Secondly, it has been relegated to a certain cuisine or to one type of food (sushi) even though it has grown and been used by coastal cultures all over the world for centuries. Finally and because of the first two points, most people don’t really know it’s nutritional value or the range of it’s uses as an ingredient and so it sits on the shelves of (primarily) Asian food stores unappreciated by most of us. That is, until the early year 2000s when Doug and Louise Fawcett decided to get into promoting seaweed as an ingredient for health & innovative cuisine. 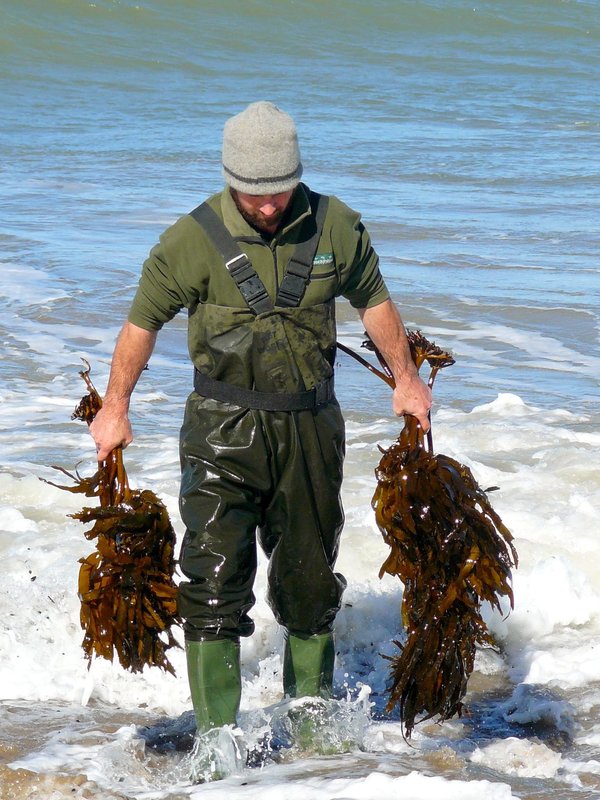 Years before all the TV chefs started talking about umami and the flavor profiles of a good dashi, NorthIslander Doug and his Canadian partner Louise decided they wanted to get out of the IT business and work with a food that is both healthy & innovative. In 2002, they set a goal of making seaweed an integral part of the western diet for both its culinary & wellness benefits and promoted it to Chefs and heath-focused customers. Over the years, they have expanded the range in NZ and have also developed relationships all over the world to import unique plants that are not available here in order to create a wide range of products that broaden the spectrum of use for food and for wellness. Pacific Harvest won the 2004 Matua Valley Wines & Cuisine magazine Innovation & Excellence Award for their new range of seaweed products. 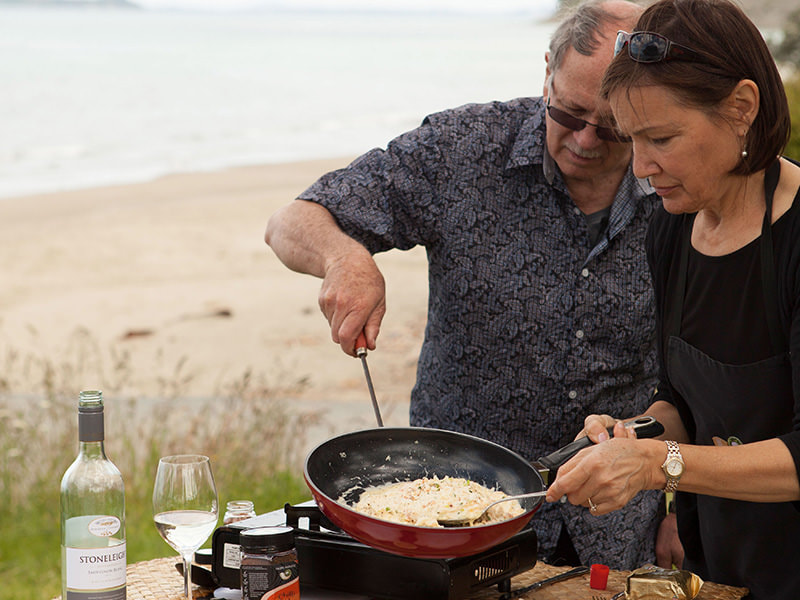 Bottom line – seaweed is not only a vegetable, it’s one of the worlds original superfoods. Expanding from six to ten times it’s dried size and with up to 20 times the mineral value of kale and other dark green veg, and has a wide spectrum of minerals which our bodies need and can’t get from land sourced vegetables here in NZ. In fact, Louise tells me that when our bodies crave salt, what we really are craving is a range of minerals – including iodine and selenium – which are all included in this sea vegetable*. If we can’t get this kind of food and satisfy those basic cravings, we replace it with heaps of salt, which lacks the broader base of minerals we require like magnesium, zinc, potassium etc. all of which are in seaweeds. 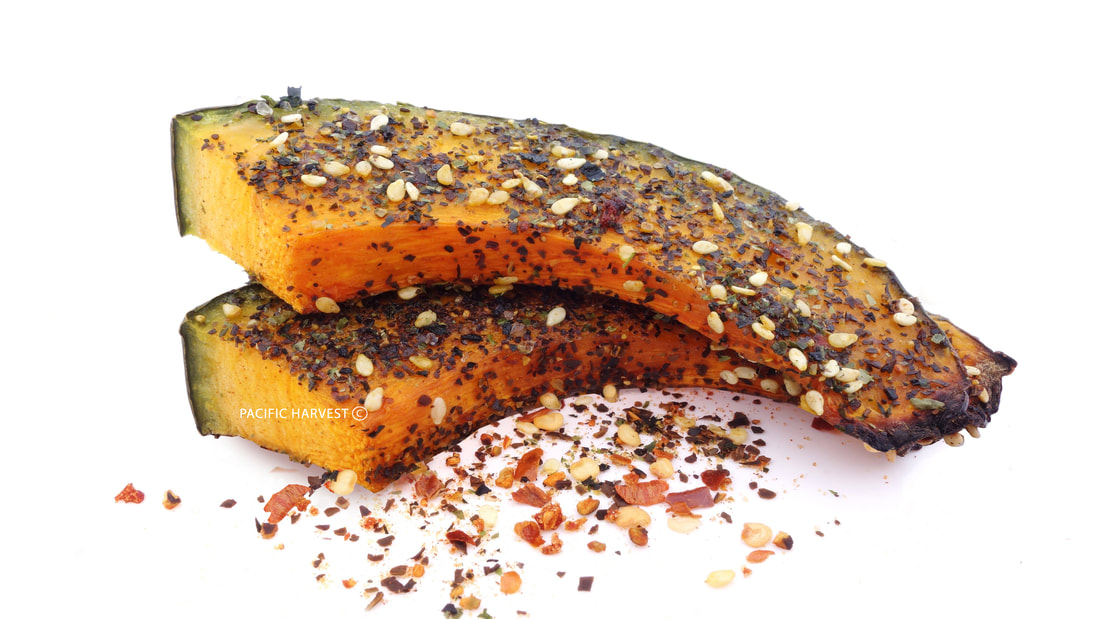 On top of all this, Doug and Louise really want to help people understand the culinary value of sea vegetables in everyday kiwi cuisine. To that end, they’ve created a range of products which can be used as seasonings in soups, salads or on meats as well as beautifully sourced and meticulously prepared (hand harvested, cleaned and tested) seaweeds which can be an ingredient in it’s own right. Their web site has a huge list of recipes that will blow away the average concepts of using seaweed in everyday cooking.

The idea here isn’t to change your diet but rather learn to add seaweed to your current meals,  to consider this superfood with a fresh look at an old ideas. For instance, I grow a lot of kale in the garden and love cooking it down as a soup with the fantastic sausages made by our local butcher David at the Raeward Fresh in Queenstown. Over a couple of hours, the sausages and kale make a kind of unique stock which flavours everything‘s perfectly. Then, I started adding Pacific Harvest Garlic Furikake seasonings (a mix of sesame and and various seaweeds) and it took the dish to a whole new level. Instead of pushing it in the direction of Japanese food like I expected, it actually formed a flavor profile I had not expected. The flavors got brighter and deeper at the same time.

You’d have to experience this for yourself to see what I mean. I suggest you head to your local Raeward Fresh and grab a few of these products from Agar to Dulse to Kombu (and much more) and try them in your own recipes. There’s something uniquely kiwi* about most of these seaweeds (some are imported) which has been forgotten. This ‘other seafood’ is something Pacific Harvest is bringing back to light – which is, that embedded in our shores is a food our body craves, needs and happens to be super delicious.