The human tongue can detect fine particles down to about 20 microns. That’s 20 millionths of a meter, or very very fine. Which is why certain chocolates for instance, taste grainy whilst others are super smooth. Typically, a manufacturer more interested in bulk sales will not conch & grind the cacao beans down to a fine size and not bother getting the sugar content or grain size down as well – resulting in a sandy tasting overly sweet chocolate where you can’t really taste the actual cacao itself. Think poorly made espresso – where you get the idea that coffee – or chocolate in this case – is involved, but you haven’t really experienced the bean itself. Those though who are very interested in sharing the complex and dynamic flavours of chocolate take extreme care to reduce their ground cacao beans to around 12 microns, and do the same with whatever sugars’ added. The results, along with a host of other crafty processes, will release a delightful combination of flavours and experiences, especially highlighting the cacao’s provenance and even it’s terroir. 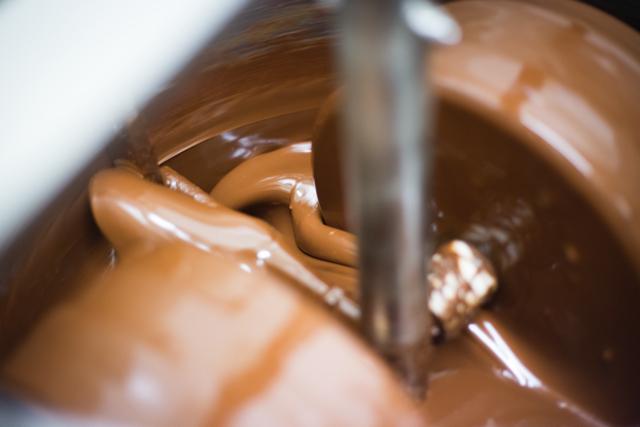 Now, there aren’t heaps of people in NZ making chocolate like this. We’ve interviewed a couple in this blog, and more and more people are having a go around the world. But I recently came across an ex-fisherman from Nelson who for some compelling twists of fate and adventure, completely gets this whole fine-micron-craft-production-cacao-provenance deal. His name is Karl Hogarth and he makes an outstanding bean to bar range of chocolates. To introduce them to you, I’ll start off with what I tasted in each brilliantly produced and packaged bar:
• Akesson Estate, Trinitario – Madagascar: oak, prune, sour cherry, pinot noir, caramel
• Conacado, Trinitario – Dominican Republic: malt, raison, toffee, fresh apricot
• Gran Blanco, Criollo cacao beans – Peru: dried nectarine, raw almond, coffee, yogurt
• Carenero Superior, Trinitario cacao – Venezuela: rich cacao, tobacco, walnut, chestnut, lemon

It amazes me to not only find a world class chocolate like this in little ole NZ, but that it came from a man of the sea. If you take great wine for instance, it’s typically produced by the net knowledge of generations of vintners who refine their skills over the land and flora until they nail it, weather permitting. So how is it that a fisherman from the sunny northern south can turn his hand to the land, find outstanding cacao around the world and alchemy it into smooth as silk chocolate like this? I had to ask.
Karl grew up by the sea in Nelson where having left school at 15, took to fishing vessels where he spent the next 20 years catching Orange Roughy etc. As regards food, Karl tells me his mum was a stellar cook and he would often call on her for recipes to help him feed the lads when it was his turn in the galley. Like most kiwi’s Karl also grew up with an appreciation for honest, quality ingredients with which to work with both at sea and on the land. After this long stint fishing, Karl went back to uni to study (marketing and commercial law) and then went on his OE to South and Central America. It was there in Guatemala that Karl tasted chocolate like he’d never before. It was a fudge-like mixture of panela and cacao, dark and amazing, and it made Karl think about how different chocolate, made well, could actually be. The other outstanding experience in South America was meeting his wife in Argentina where the couple decided to live for a while before returning to NZ. 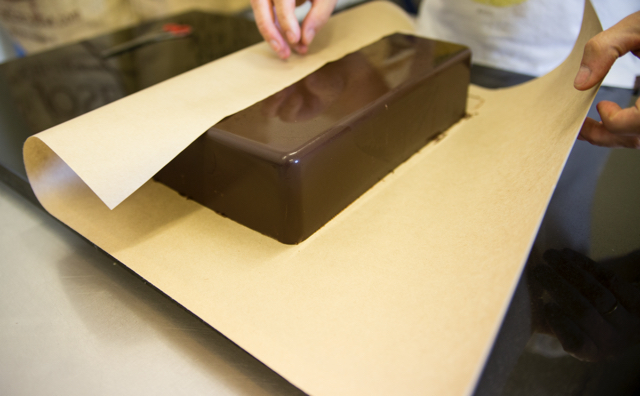 Once Karl returned to Nelson, his education in chocolate began in earnest. He studied techniques from around the world and learned that not only do you not need a huge factory (think; Willy Wonka) to produce a great bar, but that the more focused and refined you are in your process, the more the bean shines through. Of course, there were the typical No. 8 Wire approaches to production, like when Karl would for instance, start his day out back in a dressing gown and swimming goggles – hairdryer and large metal bowl in hand – winnowing the freshly roasted cacao nibs in the Nelson breeze while la esposa complained of the constant chocolate smells indoors. Undeterred (but a kind husband nevertheless) Karl continued on with the many iterations of machines for production, or designs to nail the moulds and packaging… all of which brought him closer and closer to re-producing that amazing experience in Guatemala, where you could actually taste how special the cacao bean really was.

This lead to sourcing the most amazing cacao beans the world had to offer. A steep learning curve in itself, Karl is mastering the art of forming co-equal relationships with farms and estates around the world where he can obtain in particular, trinitario and criollo cacao. Karl has tasted the provenance and terroir of these beans first hand and is committed to sharing these unique flavours with the rest of us in his production process beautifully outlined here. I will point out in this blog though, that his maturing process is brilliant. After all the sourcing, roasting, conching and grinding, temping and forming of his chocolate, Karl then ages (from 4 to 12 weeks) each bean specific batch to allow the flavours to fully develop. This is the mark of an artisan, to patiently cooperate with the ingredients in order to bring out their best, which is exactly what Hogarth Chocolate is about in my opinion. To know this for yourself, I suggest popping into Raeward Fresh, grab a couple of these bars and sit down with a great flat white, or a Central Otago Pinot Noir. Break off a small piece of say, the Carenero Superior and let it dance on your tongue for a minute until your body temperature re-temps the chocolate. Then let your mouth tell you about the highlands of Venezuela, about sour cherries and apple pipe tobacco and how good it is to be alive in the days of craftsmen like Karl. 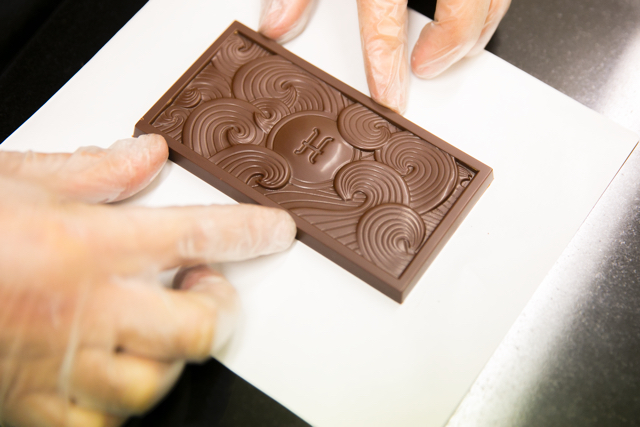