Craig Jackson is quite a character. A quintessentially Kiwi character in many regards but, this being 2015, he’s one of the well travelled, highly skilled, creative and entrepreneurial breed of quintessential Kiwi’s. At 52 years old Craig is making a career transition into the kind of job you dream of having as a kid. Here’s how it happened… 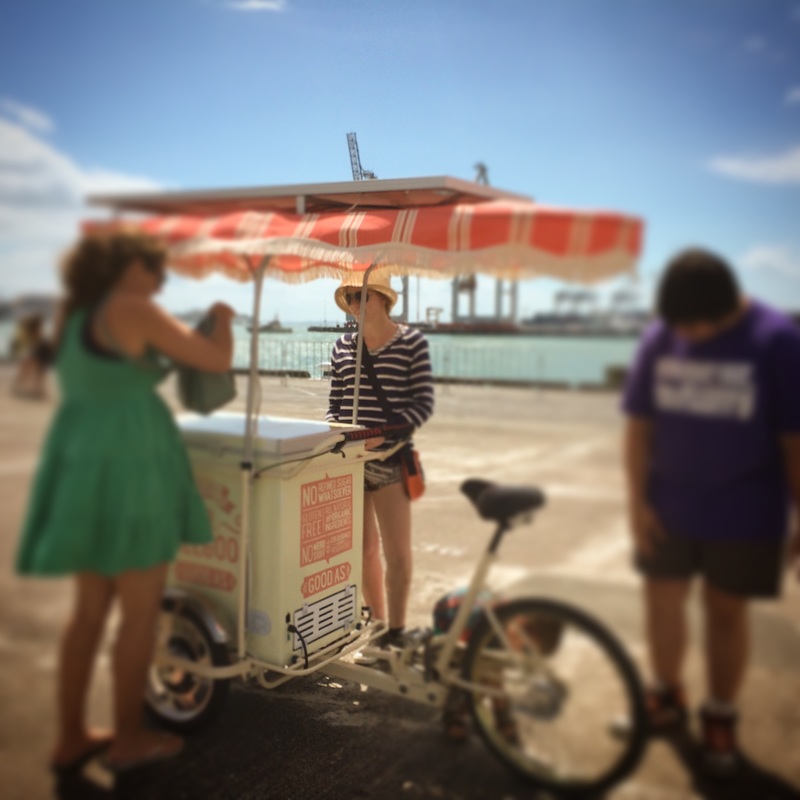 Craig worked in the film industry (mostly as an editor) for 25 years before he got tired of selling other people’s stuff. He learnt heaps in advertising boardrooms around the country, especially about peoples needs and wants, and he watched NZ food culture transform from the time of his childhood, this island nation morphing into an amazing country packed with food entrepreneurs championed by an eager and increasingly informed public at farmers markets, small stores and larger retail venues. He observed that something was calling out the pioneering character and substance of Kiwi ingenuity in the agricultural and culinary scene over the last 20 years, and Craig also felt this shift within himself. Perhaps it was triggered during his first adventurous sushi experience in 1980s Auckland or on one of the many trips he took overseas where he would come across stunning cafes or restaurants? Or, maybe like many people, this “knowing” simply lay dormant until Craig could take the space to sit down and figure out what was in his own heart.

So, upon leaving the film & TV industry (where his wife Melanie still works as a director) Craig knew he wanted to do something with food. He wanted to do something that made the most of New Zealander’s love for wholesome ingredients and had a hunch that he’d find a niche with a new twist on an old theme. He began by experimenting with kefir – a healthy, fermented milk drink made with ‘kefir’ grains – and tested numerous varieties on his family. The experimentation went well, but the process stalled when he couldn’t figure out how to get it fresh to people due to shelf life issues with his live cultures. On the night he finally gave up on his kefir trials, Craig found an old popsicle making machine online (googling his way out of grief) and thought, “Yeah, that could work.” He got immediate and joyful encouragement from his kids who were way over kefir testing. Craig bought the machine, plonked it on the kitchen table and started playing with various ingredient combinations. His business plan: It’s gotta be fun and stay that way if I’m to stay in business. (Actually, Craig wrote up a proper business plan based on core values he’d learnt during his time in film – namely, stay nimble, smart, creative, and have fun. He coincidentally received an email from ANZ asking for submissions for their business plan competition so tossed them his. He got 3rd place out of 400 submissions). 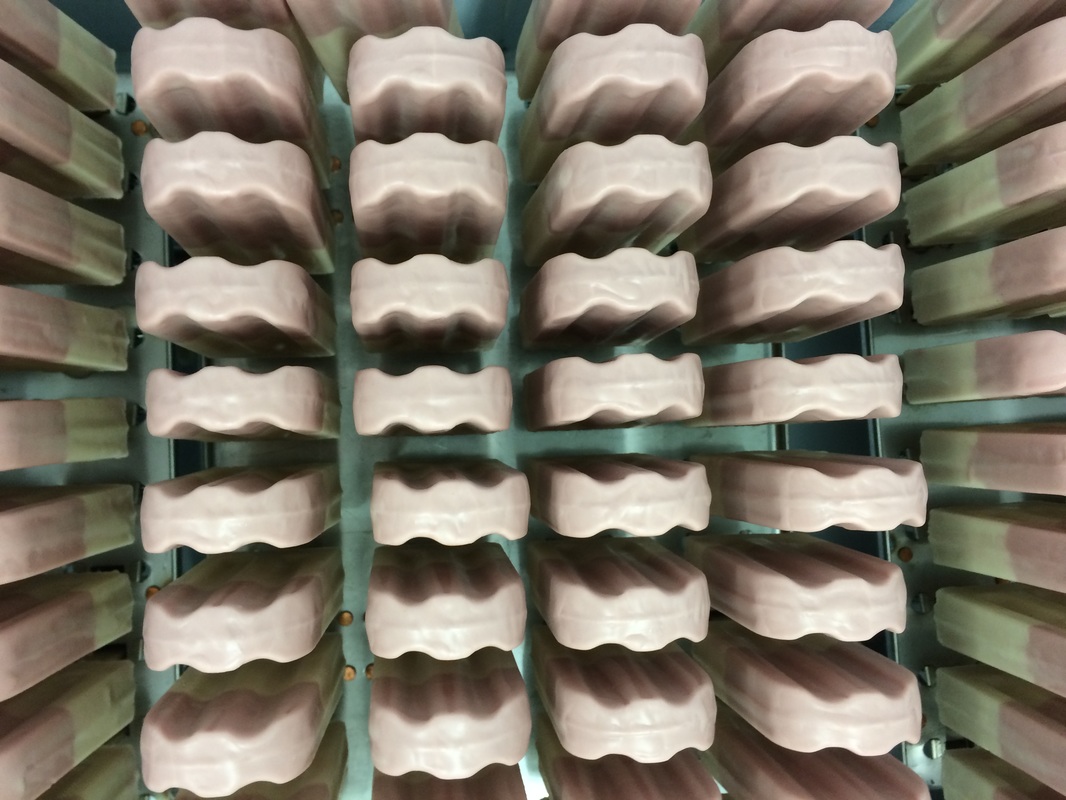 A Flat White ice block made from freshly brewed coffee and good ole kiwi milk, sweetened using organic coconut sugar? Is that not quintessentially modern Kiwi? Or Granny Smith Apple with lime and mint? Feels like it’s been around for ages and yet it’s as hip as ice blocks get, especially the Salted Caramel and Apple – awesome. All these ideas forged in a kitchen a few kilometres north of Auckland on a ten acre block. The old horse stable on their property is now the proper commercial kitchen/factory/headquarters of Dr Feelgood Handcrafted Frozen Pops. The name came from Melanie who one day just said “Dr. Feelgood”. That easy, that cool. 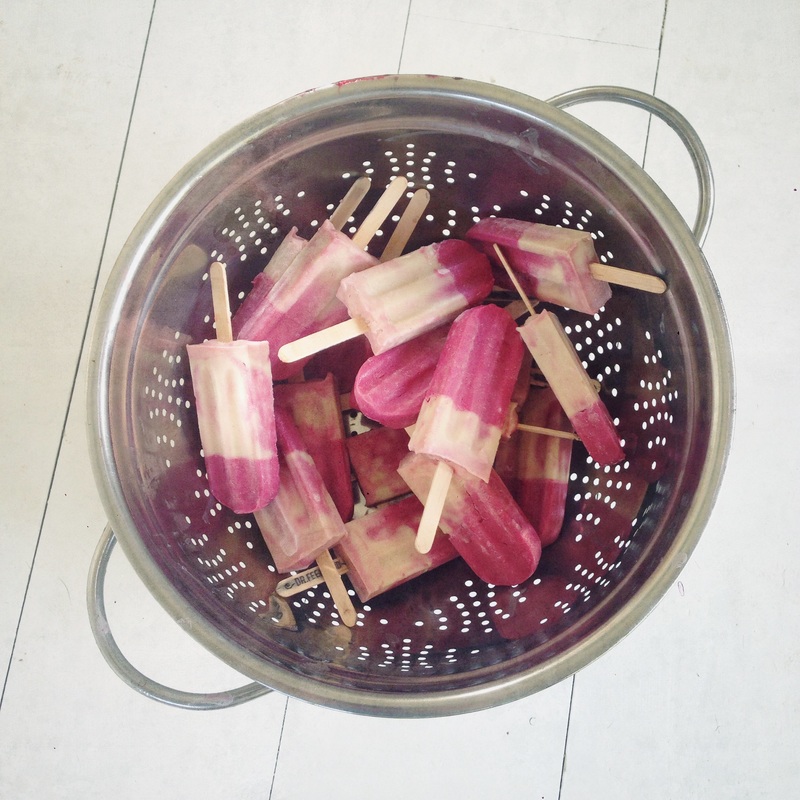 Craig spent this past year getting flavours and techniques perfected. He connected with some brilliant NZ food companies to help him sort out ingredients and ramp up to market-level production. Next, he went to work on the brand. Craig and Melanie did a lot of the groundwork and a friend of theirs, Todd Young, at Saatchi & Saatchi Sydney, did the finishing design work. They didn’t want to create plastic bags which don’t biodegrade, so they went with Interpac to create a zero waste cardboard box. With that sorted, Craig thought he’d begin selling in Auckland and then see how far his ice blocks would go. Instead, he happened to have some extra product when he went to Wellington for the ANZ business plan competition. Moore Wilson and other stores in the area loved them. Since then it’s been a constant stream of, in Craig’s own words, “Every bastard said yes!” – in contrast to the title of Jeff Ross’ biography about vodka brand 41˚ Below, Every Bastard Said No.

It’s been way fun for Craig so far. Solar powered bicycle ice block stands and showing up at events with a freezer full of pops. Keeping up with demand has meant some hiring, but basically, it’s harvesting mint on the property and then into the old stable to make another batch of Raspberry Lime and Coconut, or Chocolate made with Raw Cacao (not cocoa), or Lemon with Manuka Honey & Ginger (a great winter ice block for those sore throats). At the end of the day, for Craig, it’s about creating guilt free treats that feel very, very good. At Raeward Fresh, we think the way Craig has combined new Kiwi cool with outstanding flavour combos is sweet as indeed. We’re all for championing his new adventure in handcrafted goodness. 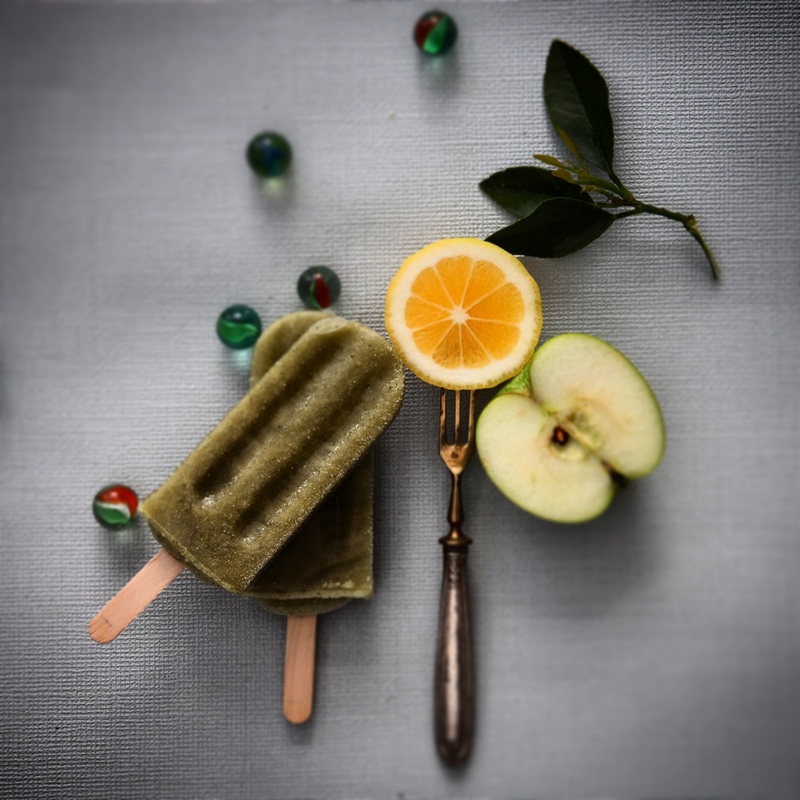