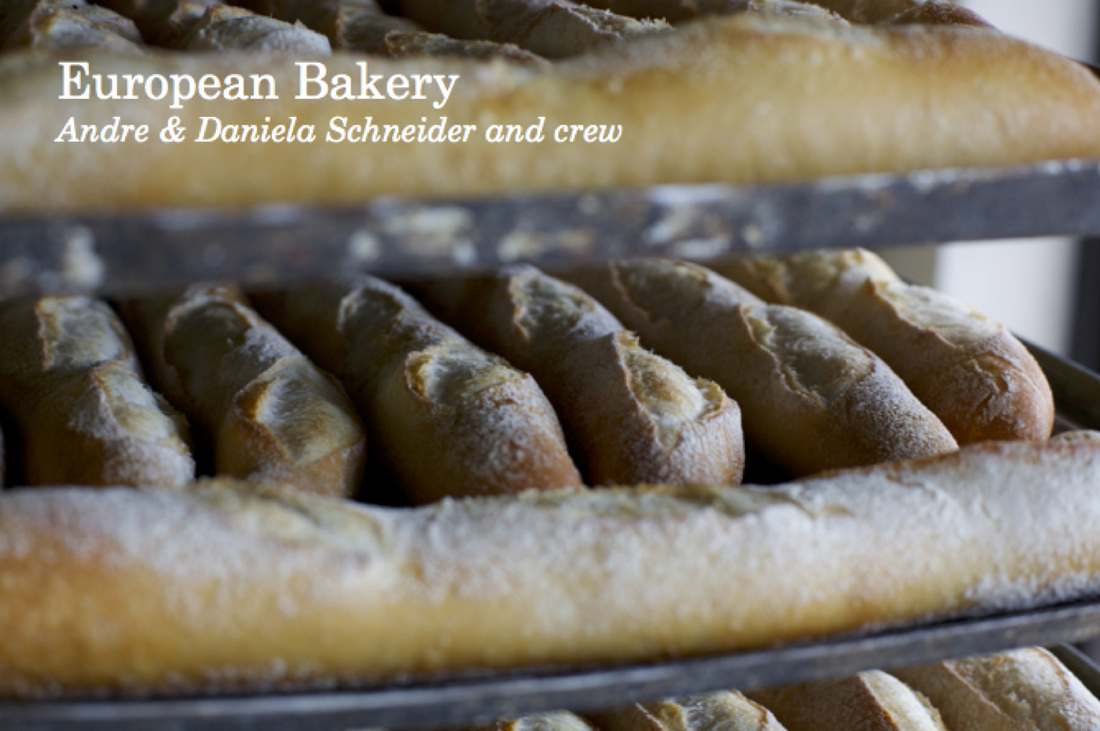 (2020 update: Last year the Scheider’s sold the European Bakery to Peter Price & Amanda O’Donoghue who are carrying on the tradition)
The cool thing about Andre and Daniela Schneider is that they’re in love. They love each other and the baking adventures they’ve been on together. They love the craft of making exceptional breads and sharing that with a public on the verge of a bread revolution. And they love raising their family in this uniquely beautiful region, where Andre is still blown away every time he drives through Twizel or goes fishing on Lake Wakatipu. All that love seems to make its way into the bread, which sounds kinda cheesy, until you you’ve taken your first bite of one of European Bakery’s ficelle white loaves. 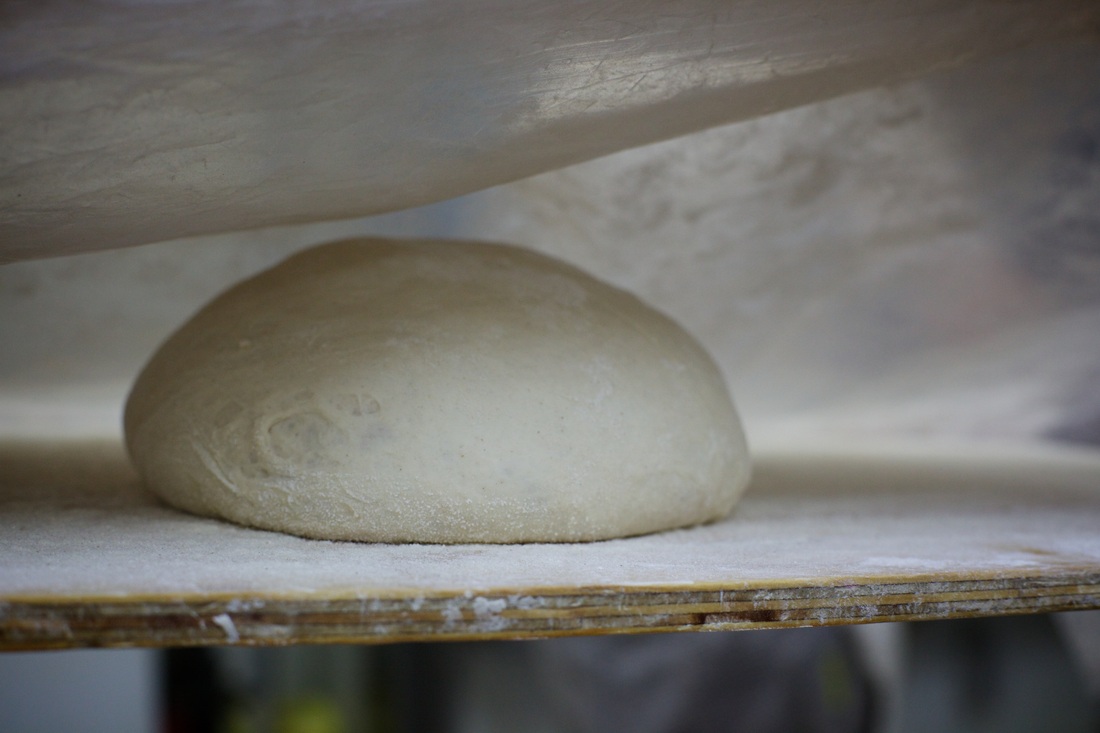 Andre and Daniela combine the best of old world bread making skills with an active imagination for the future. They bring an artisanal baking approach to Queenstown that seems to fit perfectly with the region’s growing demand for crusty ciabattas and sweet sourdoughs. As the Kiwi love of simple white loaves gives way to the more complex flavours of breads tasted on holiday in Europe, Andre and Daniela are poised – dark ryes and sourdough fruit loaves in hand – to put something fresh on the table.
It’s actually a real privilege to have the Schneider’s in town. They’re both classically trained in Europe (Lucern, Switzerland for Andre and Stuttgart, Germany for Daniela) and have and an impressive resumé of baking around the world. They started off by apprenticing at the famous Café Hanselmann in St. Moritz. This amazing bakery has a 115-year tradition, which both Andre and Daniela soaked up during their time in the gorgeous small Swiss town near the Italian border. From there, the couple went on to work with high end cruise lines and hotels around the world – until they heard about the many wonders of Queenstown from a friend while working in Toronto. 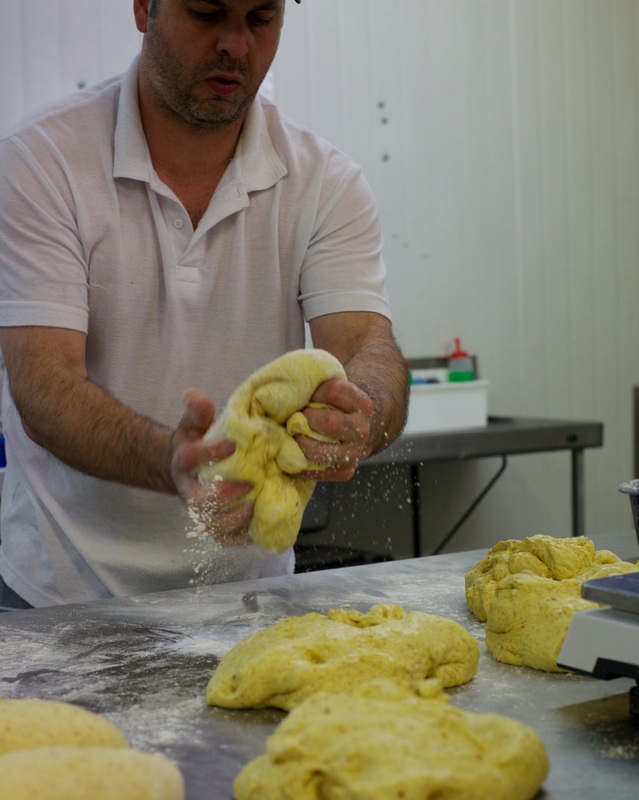 When Andre and Daniela first arrived here in the early ’90s, they felt right at home amongst the tall pines, dramatic alps and deep water lakes so reminiscent of Europe. Some of their early jobs in the region were both fulfilling and frustrating. They really appreciated their bosses at Avanti Restaurant (Chico, Bruce and Ralph) who helped them “settle on dry land” and made Queenstown feel like home. The real challenge though, was having to live with food which to their European taste buds, tasted like “plastic yellow cheese and wet socks white bread”. Not having old world breads in the area actually provided an opportunity which inspired the Schneiders to put a stake in the ground and start their own bakery. 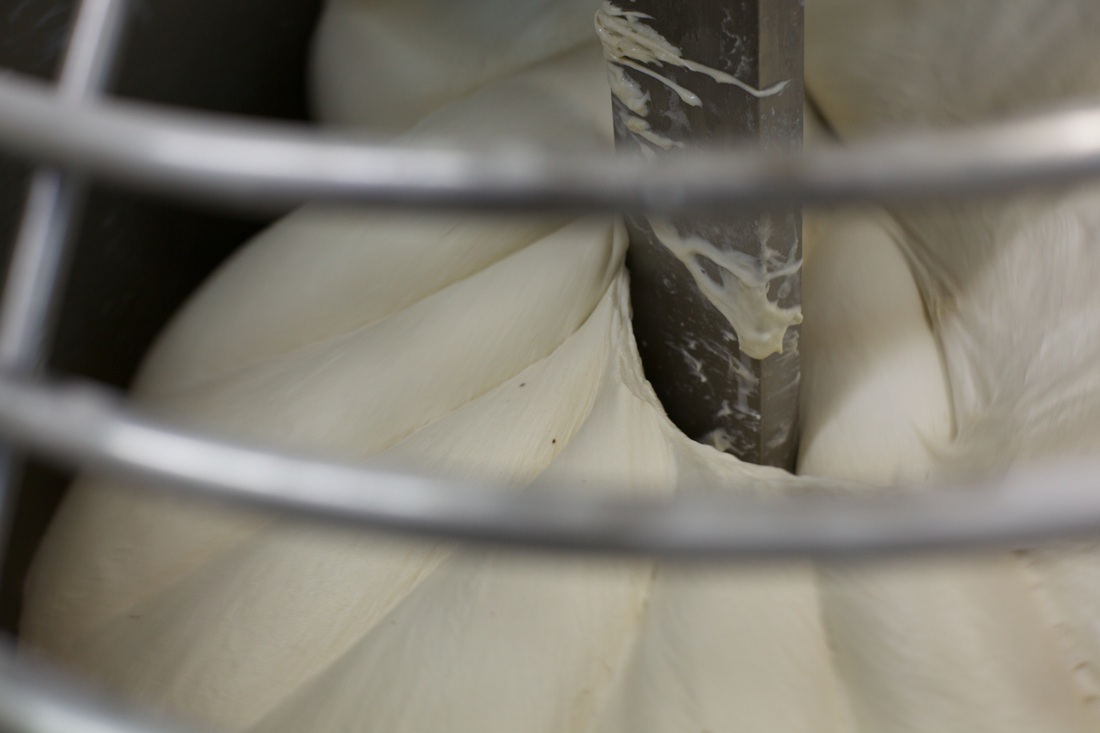 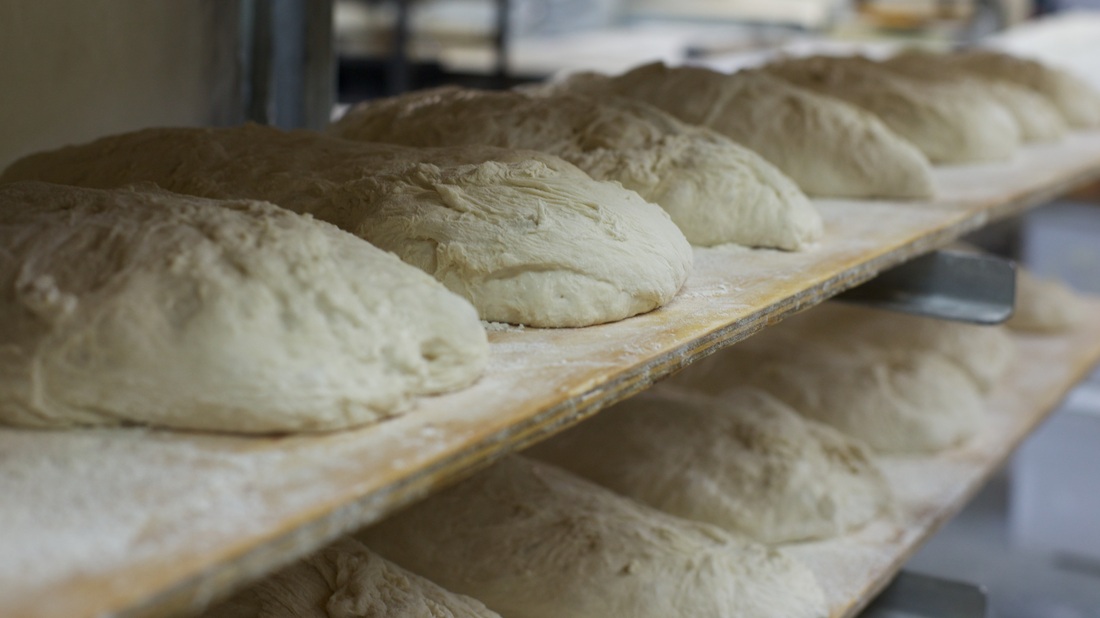 Andre had been looking for a premise for a few years before the owner of their present location called one night around 10pm, desperate, asking if they wanted to buy the bakery and start running it immediately. Daniela and Andre spent the next six months, working 20-hour days to whip the place into shape. While serving the bakeries previous customers, they worked non-stop to prepare the bakery for making the artisan bread they truly loved. 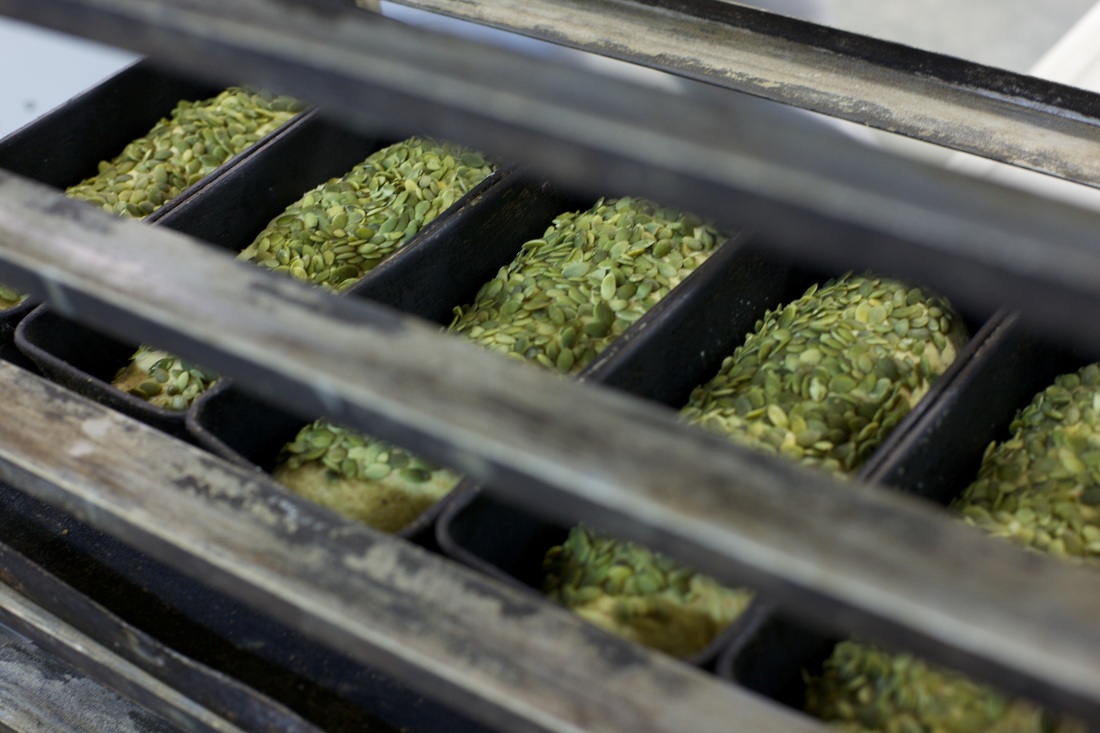 They started selling their new sourdoughs, long light baguettes and huge ciabattas at the Queenstown market and word began to spread. Angela saw what they were producing and asked them to sell their beautiful loaves at the Raeward Fresh. The Schneiders appreciated Angela’s eye for quality and the showcase for great food the store had become. European Bakery’s seven or eight bread varieties have been selling out each day at Raeward Fresh ever since.

It’s still a bit of a slog for Andre and Daniela to convince the average Kiwi that the crusty outside of their huge ciabatta is normal, and that you don’t even have to toast the bread to eat it. Daniela regularly tells her customers that their sourdough are actually really sweet and healthy – even for those with gluten issues – as the sourdough enzymes break down differently than in a typical white bread. Daniela’s often at the store, offering samples and sharing her deep knowledge of baking and health with ex-bread lovers who’d think bread is no longer healthy for them, which breaks Daniela’s heart. 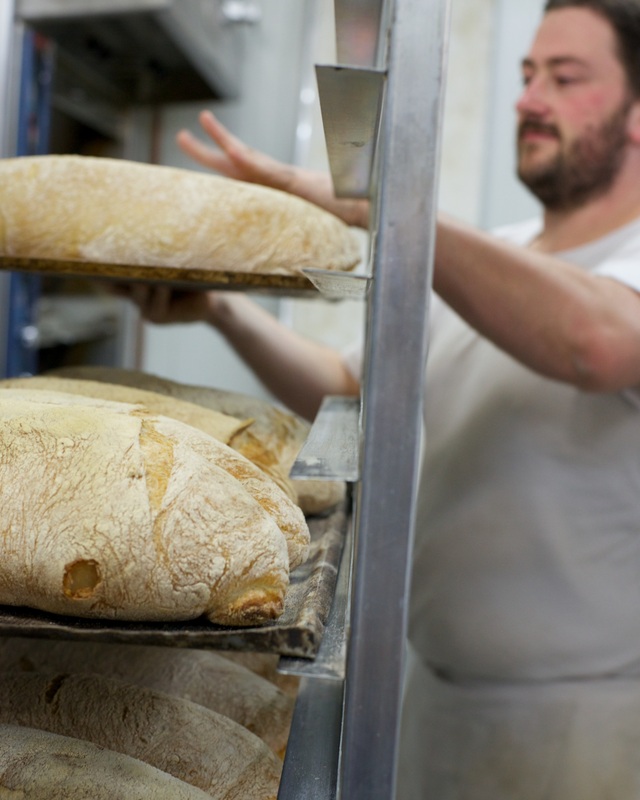 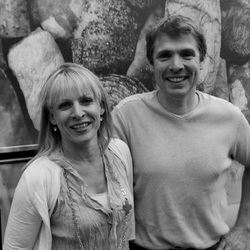 As for Andre, his heart is focused on quality and innovation. It’s not hard to make a great loaf of bread he tells me, the challenge is to make it great day after day. Andre makes his bread the old fashioned way, and that takes time. Time for the bread to be kneaded and form, time to proof and rise – giving it the artisan crumb and crust European Bakery is known for – and time for Andre to keep inventing. He’s always testing new recipes or improving on the old ones. For example, his sourdough starter (9 years old now) is now used in their fantastic fruit loaf which adds depth to the sweet brown bread packed with walnuts, figs, raisins and apricots. His marshmallow light ficelle white is the product of focused testing and hard work. And their punchy jalapeño bagel is born of the Schneider’s personal sense of whimsy. We’re all looking forward to what these two (and their crew) will come up with next. 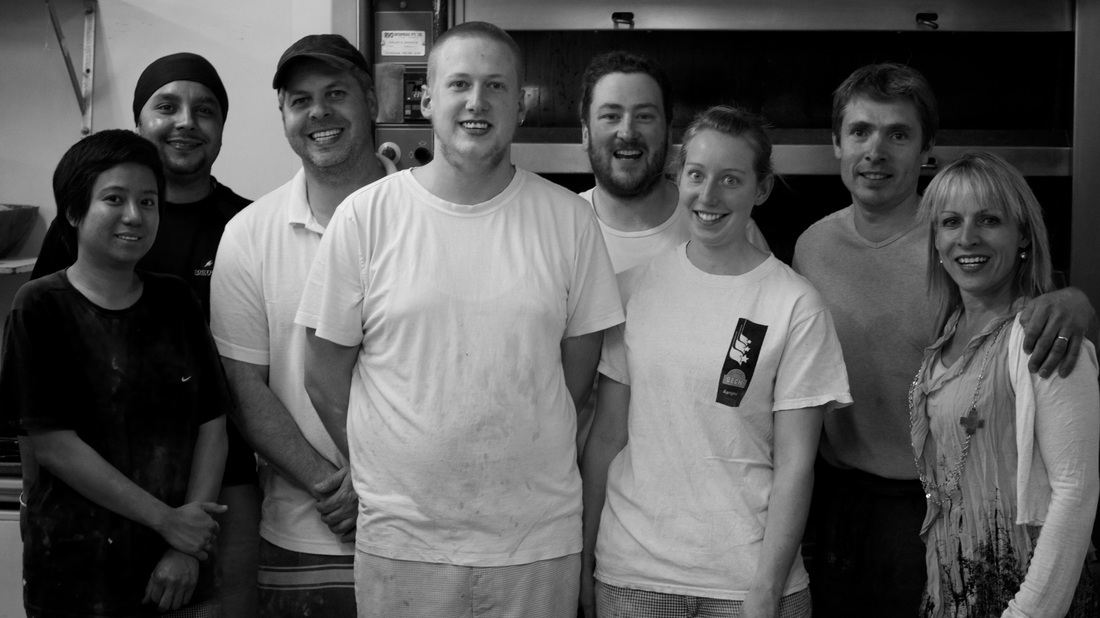 Nutritional advice from Kim Malcolm
The benefits of sourdough bread
When a Sourdough starter is used to ferment the flour over a of period of time, the complex carbohydrates in the flour get broken down into simple sugars meaning that the GI index is lower so the body absorbs the energy over a longer period.
The protein within the sourdough flour is broken down into 18 amino acids, which increases the nutrient density and makes it easier to digest. Sourdough bread also gives you the benefits of vitamin B, zinc, iron, selenium and magnesium.People with allergies to commercially made yeasted breads may not have the same sensitivities if they eat a naturally fermented sourdough bread. When wheat gluten is property fermented it becomes a lot more healthy for the system. When wheat bread is not properly fermented it can become one of the most allergenic foods we consume and perhaps a reason why so many people are now allergic to gluten… just a thought!