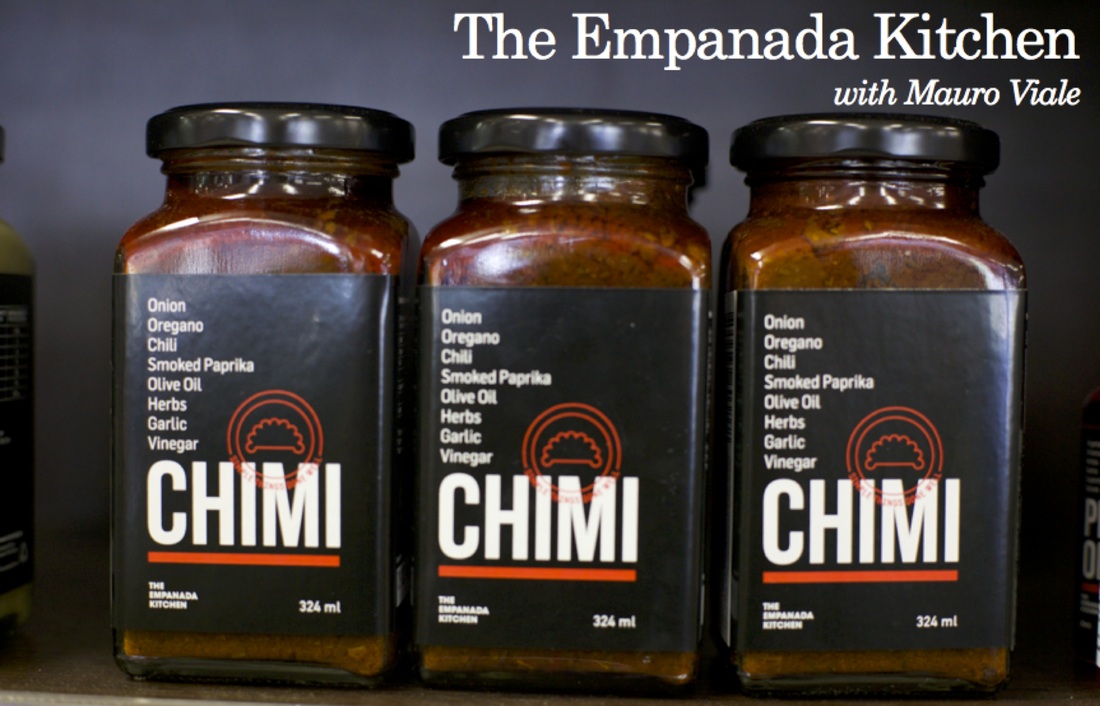 Mauro Viale grew up in Argentina with his Italian parents. He’s traveled and worked through the Basque Country of Northern Spain right through the hills of Northern Italy. He learned to cook Japanese food in Buenos Aires, Southern Italian food in Melbourne and is now making Spanish food in Central Otago. So, given the international background of many of Queenstown’s chefs, this makes Mauro a typical local. 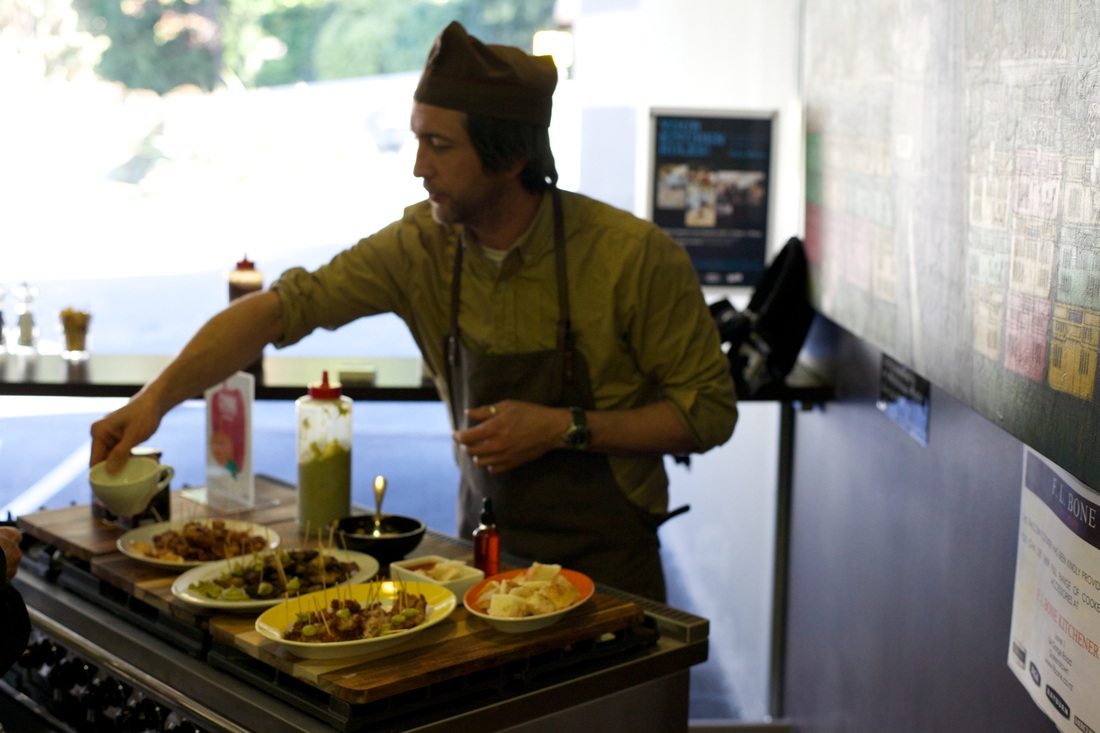 In closer conversation with Mauro during a recent Raeward Fresh tasting, I found found a complex mix of family tradition, deep cultural connections and an exposure to a super broad list of ingredients – all of which have now made their way into The Empanada Kitchen’s creations. To see the beauty of Mauro’s journey let’s take a closer look at the food he makes. 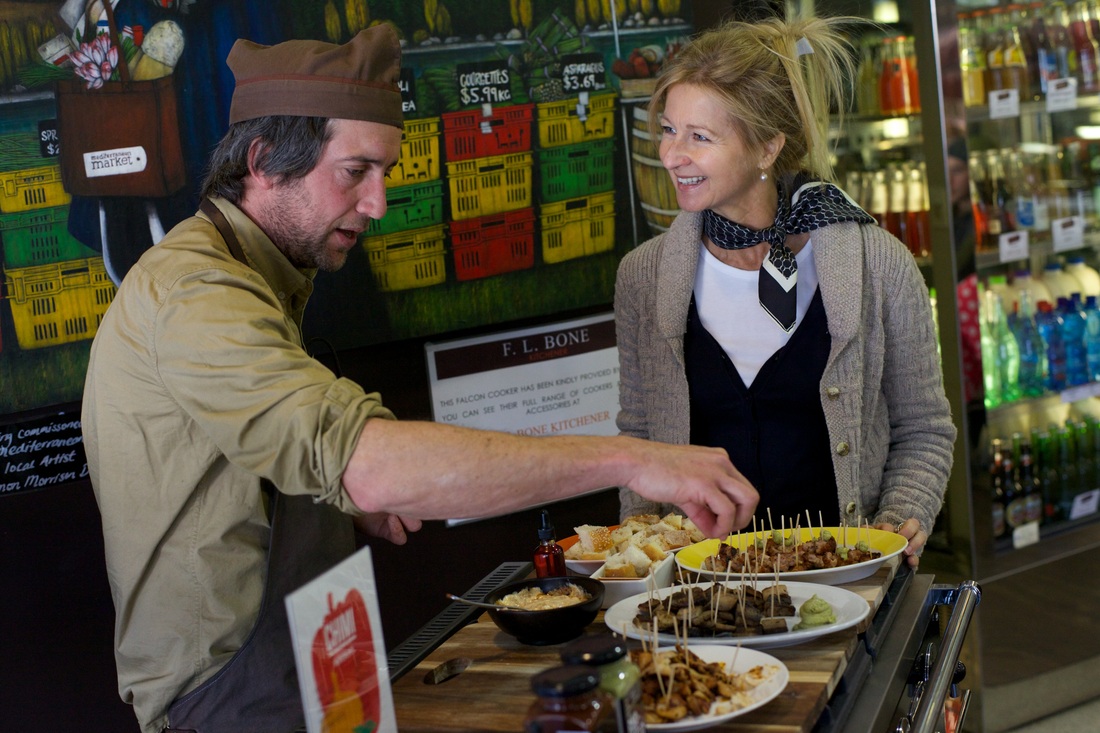 Firstly, and I guess this is where the action started, we have to look at Mauro’s Empanadas – which he describes as putting all of his international cooking experiences, into pastry. With empanada fillings such as fragrant braised lamb with toasted cumin and coriander seeds, or an angus beef cooked with stout and danish blue cheese, you can see fusion written all over it. Fusion cooking has always been interesting to Mauro who loves the food traditions he’s been raised with, but also enjoys adding to those traditions by cross-pollinating various cuisines from the many kitchens he’s cooked in. 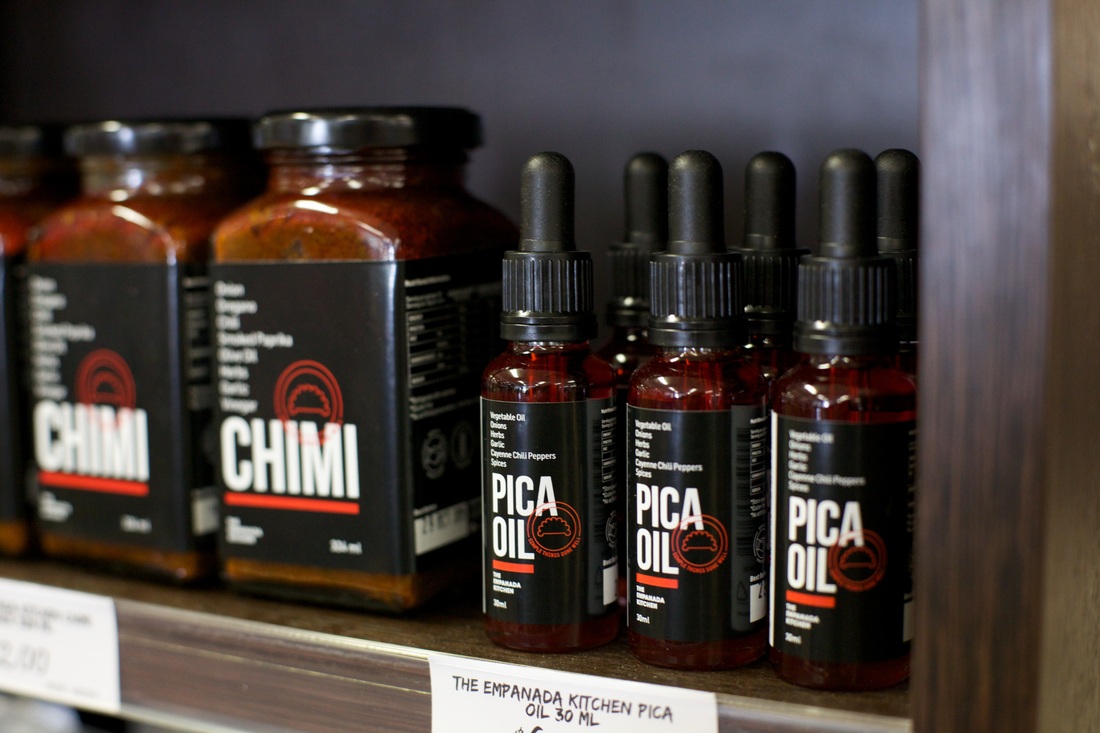 A good example of this is his Chimi sauce. Chimichurri is a traditional green (‘Verde’) parsley and garlic (among other things) marinade from Argentina. Mauro grew up eating this and knew it’s origins well enough to tamper with the rules. His red version now has over 16 ingredients and results in a unique ‘Chimi’ altogether. The same goes for his Bagnetto sauce. This herb and anchovy based green wonder-dip originated in the region of Italy that Mauro’s father grew up in – Piedmont. His grandmother produced the sauce so consistently that Mauro knows it in his bones. From that basis though, Mauro the inventor can push the flavour in new directions, which of course, he has. 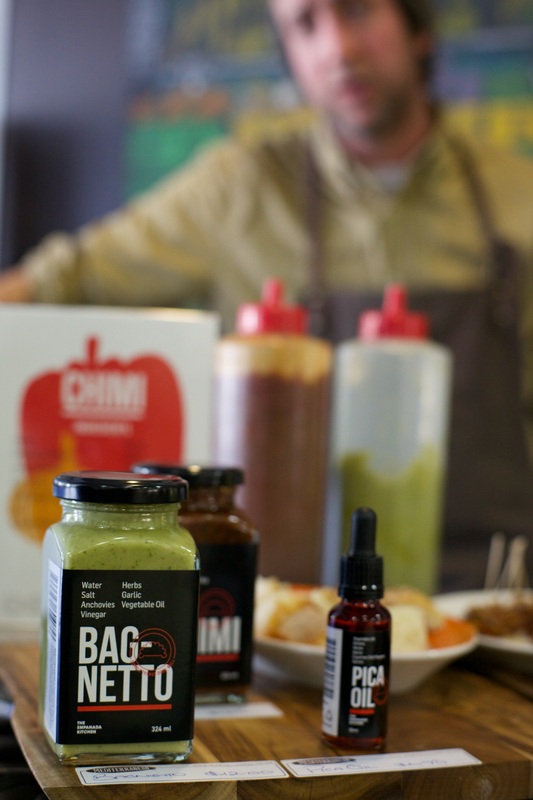 Finally, Mauro’s love of local ingredients has created a new Central Otago chili oil called Pica Oil. Made with locally grown cayenne peppers, which have a reduced Scoville heat index due to the milder summers here, Mauro adds another 8 ingredients to the chilis and cold fuses it all for around three months until the colour and flavour are both rich and complex. A nice nod to the colourful man himself. And while I’m nodding, Mauro’s brother and wife deserve credit for the tight design and branding they’ve created for the Empanada Kitchen and its sauces. Come over to Raeward Fresh when you have a chance and have a look and a taste. It’s pretty cool (in a spicy kind of way) stuff. 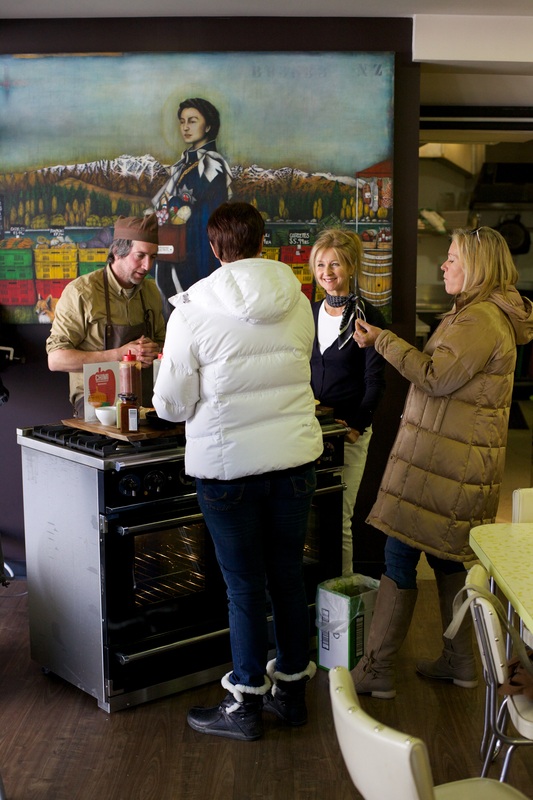 PS. Here’s a few things you can do with Mauro’s gear.
Chimi Sauce:

Chili Oil:
– wonderful in just about anything you want to spice up with a hit of cayenne
– perfect for creating a tortilla chip dip with a bit sour cream and a tbsp of chili oil
– really nice on toast with roasted garlic and some chimi or basel pesto
For other ideas, you can also visit The Empanada Kitchen in Queenstown and or stay in touch with The Empanada Kitchen’s Facebook page.