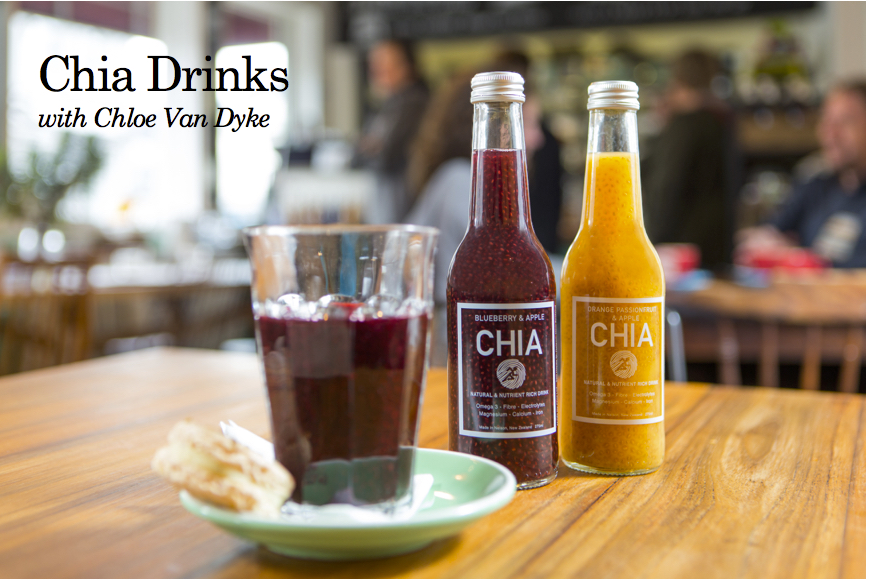 Chloe Van Dyke is an intelligent, active woman. After completing her Otago University BSC in neuroscience, a post grad focus on Alzheimers and a diploma in Herbal Medicine from the Waikato Centre of Herbal Medicine, she went off to India to trial the the benefits of a food relatively new to New Zealand. With a scientific brain and a desire to be out on the track Chloe wanted to know if the promises of chia seeds, especially hydrated, would prove to be true. During her studies, she was fascinated by the extensive nutritional properties of this tiny seed first farmed by the Aztecs, and wanted to unpack their potential for aiding modern life in NZ. And so, it was on the trail in the Himalayas, loaded with chia seeds and some black currant juice, that Chloe and Chia Drinks began their journey back to NZ. 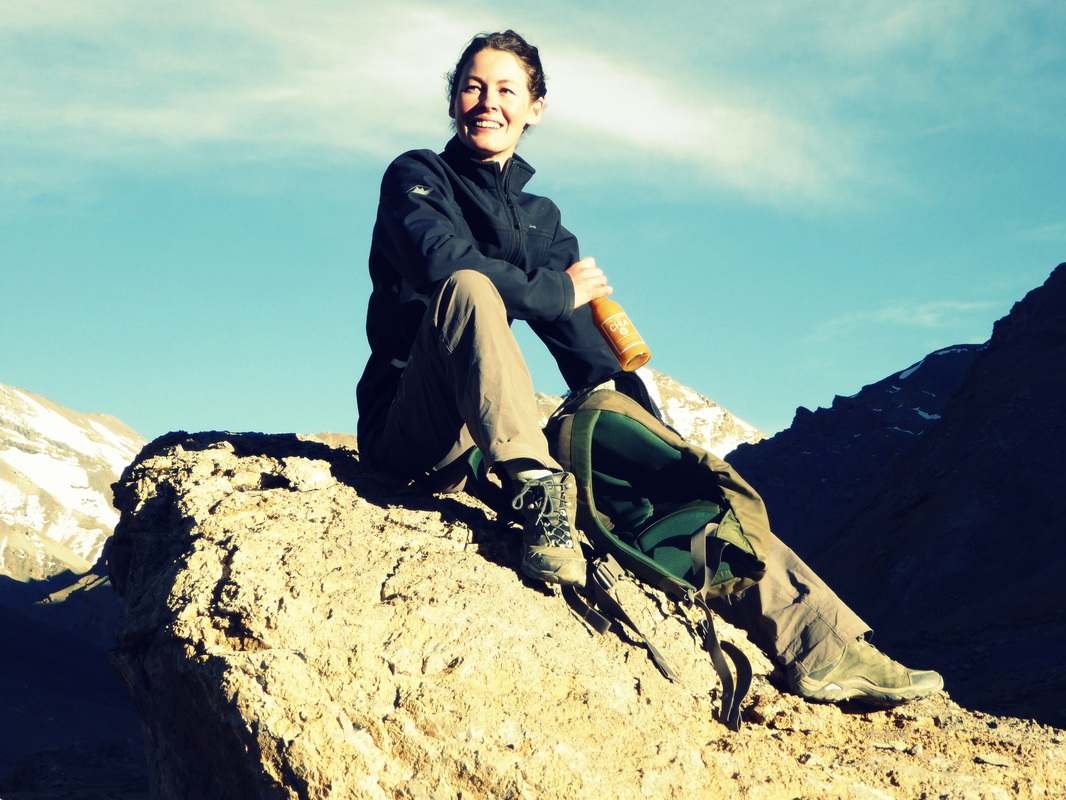 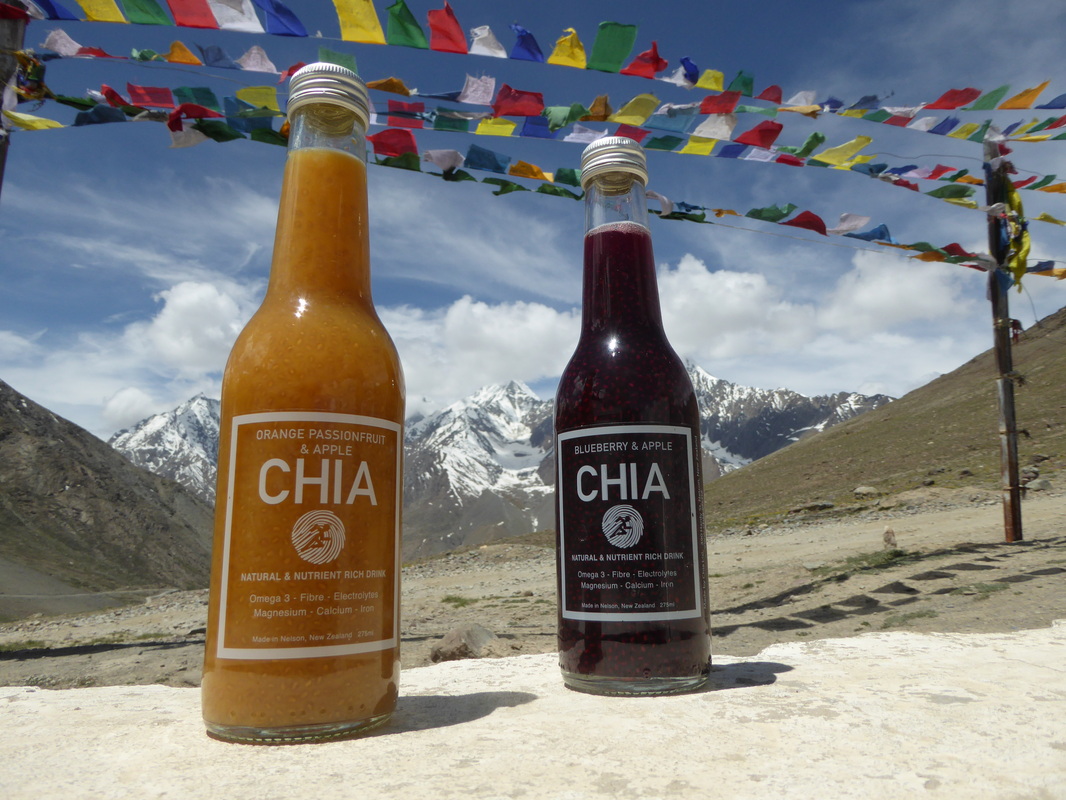 After India, Chloe’s father (a medalist swimmer) and sister (a triathlete) helped Chloe test the benefits of chia in their everyday activities, looking to see if hydrated chia really did help with endurance or balancing hydration and electrolytes. After becoming personally convinced that chia did have benefits across the board in health and endurance, the Van Dykes decided to start a business. With the help of a Nelson based food technologist, as well as the wonderful fruit crop of that region, Chloe found the right balance of flavours and juice-to-chia ratio to create a super balanced, superfood drink. I’ve had some chia drinks in the States that are so packed with chia that it’s kinda hard to drink (too slimy). Chloe, however, has managed to strike the perfect balance of rich flavours in her juices (like Blueberry & Apple or Orange Passionfruit & Apple or, her original idea, Black Currant & Apple) along with the right amount of chia for both enjoyment and health. 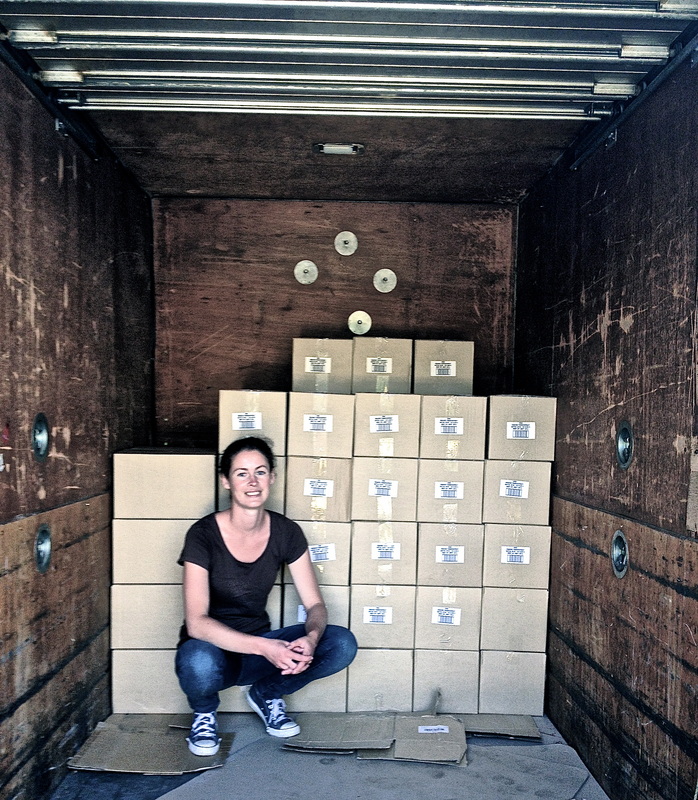 With some positive feedback from the locals in Nelson at some regional markets and stores, Chloe went to Wellington to see if the folks in the big city would appreciate her Nelson based hippy/supersmart drink. Health food stores snapped the stuff up (of course) but so did some hip cafes (an excellent alternative to having a coffee!). She also had success with some really great markets like Moore Wilsons. Chloe had always known she would run a business of some kind and it seemed now that she had brought a number of her gifts together to create a niche success for the NZ food scene. Like many others we have profiled in this blog, Chloe followed her intuition and ingenuity to create a beautifully unusual product. Admittedly, some people have to get their head and palette around Chia Drinks – but that’s the unusual beauty of it. If you haven’t tried it, Chloe’s Blueberry Chia arrives as a bottle filled with translucent orbs, defying gravity with their suspension in juicy nectar. It’s an unusual and invigorating experience to drink – or drink and chew the the succulent chia – but it’s fabulous all the same. Chloe’s ability to market this otherworldly culinary experience comes from her heart. It’s her gift in identifying people across the spectrum of activities (from sport to breast feeding) who could benefit from Chia in various ways, along with her scientific attention to detail, that have all come together to pack those bottles with an award winning product. 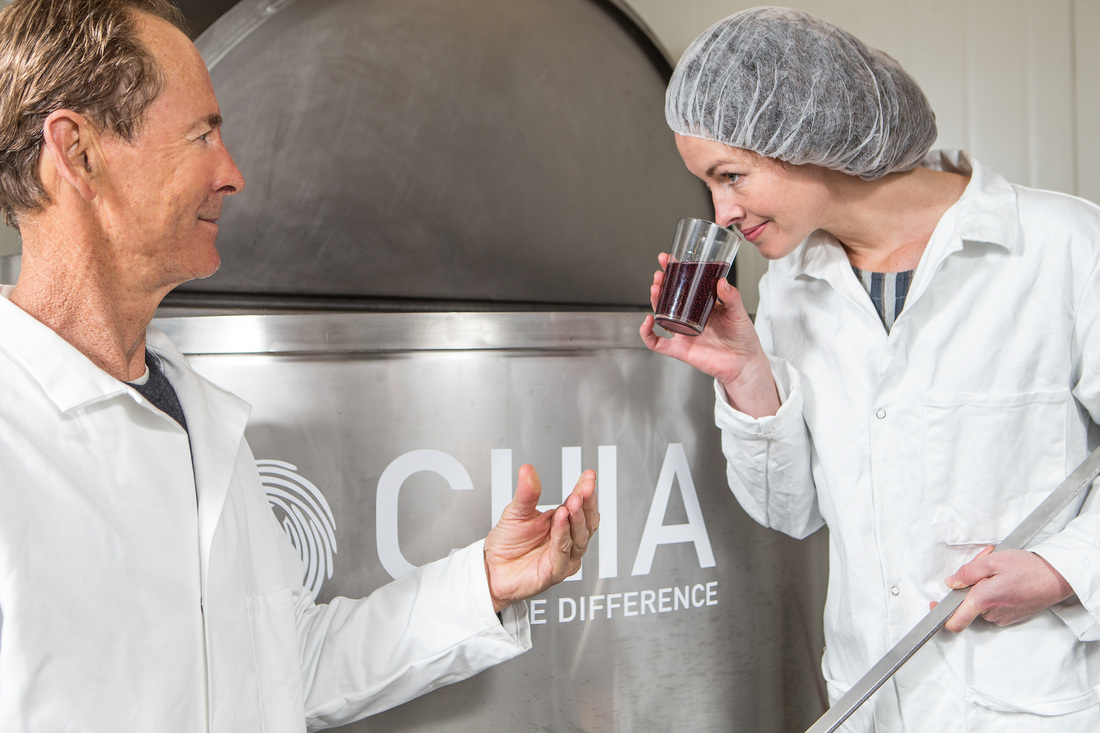 Chloe and her father taste test every batch that goes into production and continue to use the product in their own health regimes. And I mean health because gram for gram, Chia is one astonishing little seed. A page on the Chia Drinks site goes into some great detail about how the omegas in chia outweigh those in flax and other seeds. Fruit drinks, even the really fresh ones can be great for taste but often contain so much sugar (even if it’s just fructose) that you really can’t drink a lot of them without unhealthily upping your sugar intake. Chia Drinks, however, have chia seeds as their main ingredient which serves to lower the amount of sugar in each bottle in addition to the goodness packed into those tiny hydrated seeds.

Chloe is now busy sharing her broader story in classes at Massey Uni, and also through supporting Christchurch TED X conferences, mentoring business start-ups and sponsoring athletes in sporting communities around NZ. She likes talking about the fact that a lot of food communication has come down to what the food DOES NOT have in it, like sugars, fats or chemicals, whereas talking about a great food means focusing on what it DOES contain – such as its great taste and inherent nutritional profile (like chia’s omega 3’s, magnesium, iron, calcium, manganese, selenium, zinc, boron and potassium that take the place of needing vitamin supplements). She’s also evangelizing the larger Kiwi food scene, promoting the benefits of growing chia locally (the present source comes from Aussie), because we can and should diversify our crops with low impact super foods. She’s a natural at sharing from the heart and from her heart has come a lovely addition to food culture in New Zealand.