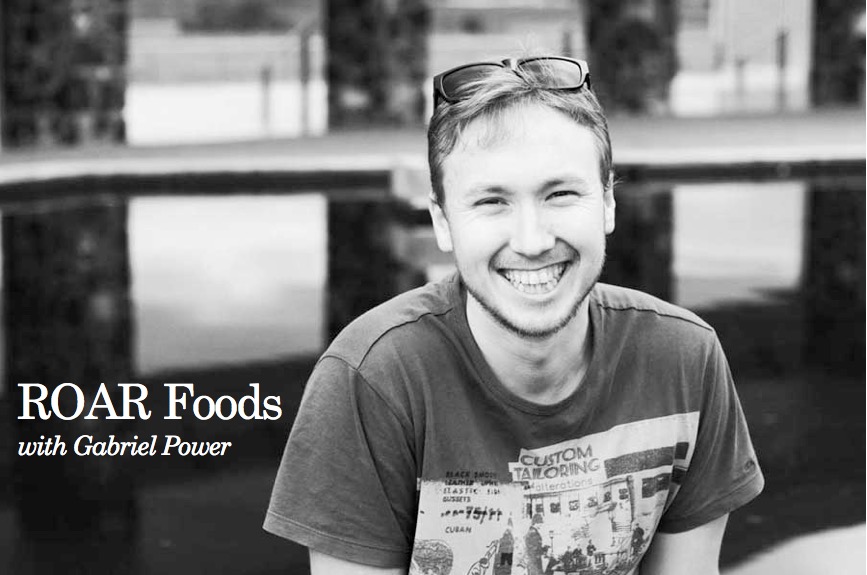 Gabriel Power. What a name. It conjures up images of MI 6 exploits in Istanbul or at least, a guy who really knows his super foods. Gabriel even looks like he could be up to some kind of international do-gooding – which would not have been the case if you knew him growing up. Instead, Gabriel was that kid eating crumbly rice crackers and drinking soy milk for lunch at school. He was that kid who’s mum called ahead for birthday parties prescribing the limited foods Gabriel could eat. Embarrassing. Gabriel was also that kid who’s health conscious parents were constantly self diagnosing potential allergies and food related pitfalls for the poor young lad. And if not for some cosmic twist of food fate, Gabriel would have been that kid who grew up to work in some dark corner of a science lab or evaporating the hours playing video games in his mums basement, eating kale chips of course. 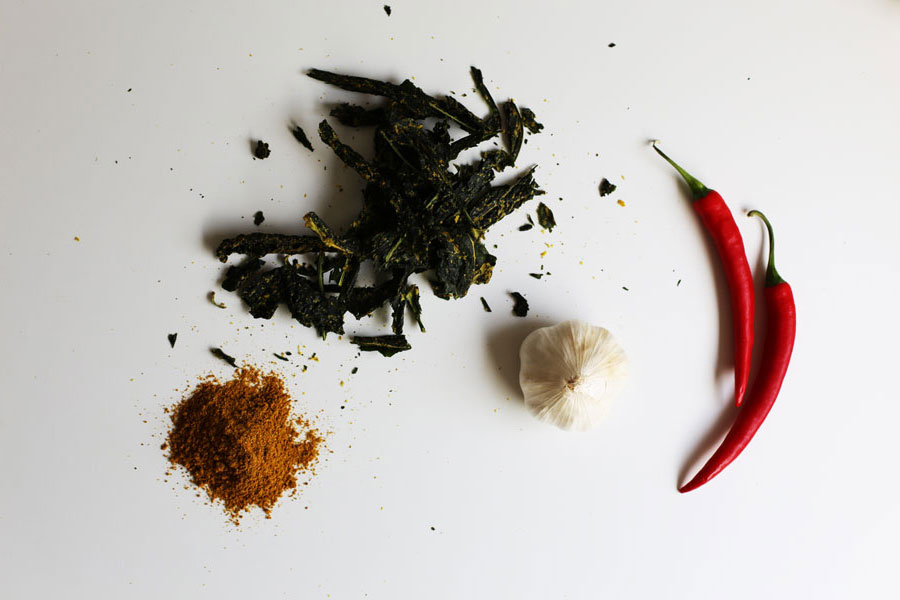 The twist for Gabriel however, was that as he grew up, he channeled his ‘organic’ food upbringing into a serious interest into how food actually works. He studied psychology and biology in school and gained his BSc in science. After an OE in Europe, Gabriel returned to NZ working with organic shops in Auckland and then in Melbourne where the serious work in raw foods was developing. During this time, Gabriel did some serious research into the many health claims and possibilities of raw food in particular, and in particular, how to get these organic concepts into some great tasting products. 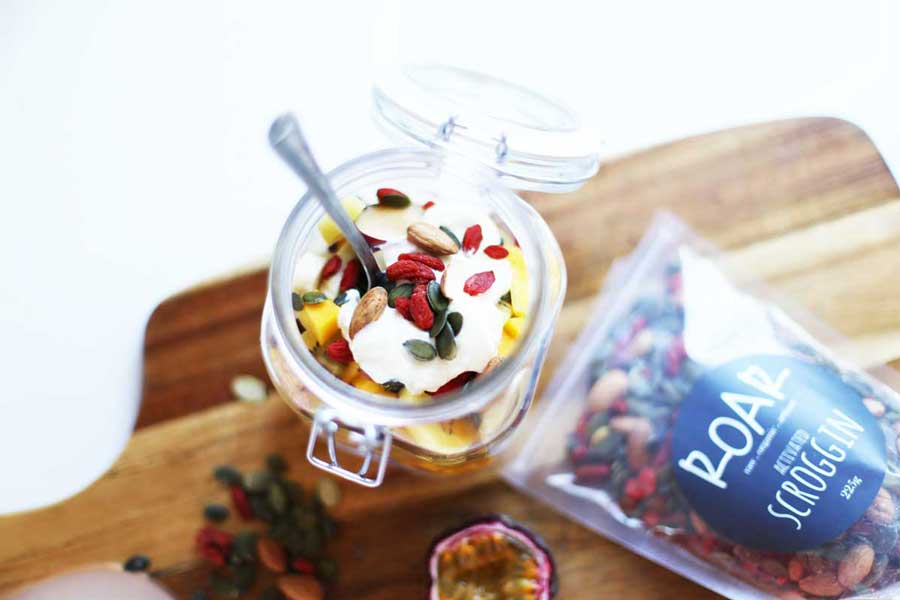 Returning to Auckland, Gabriel decided to put all his experiences and research to work in the form of a company he’s called ROAR Foods. The core idea is to make things that have outstanding flavour, extremely high health value and by happenstance, are raw. Not raw to be trendy, but because when Gabreil puts his super-food powers to work, he comes up with say, a scroggin, that has activated almonds, goji berries and raw cacao nibs. Or a line of snack nuts that have been properly soaked, dried and packaged to provide a great tasting Brazil nut or peacan. Or a creamed coconut butter that has all the benefits of coconut oils with the combined dietary fibre, proteins and minerals. 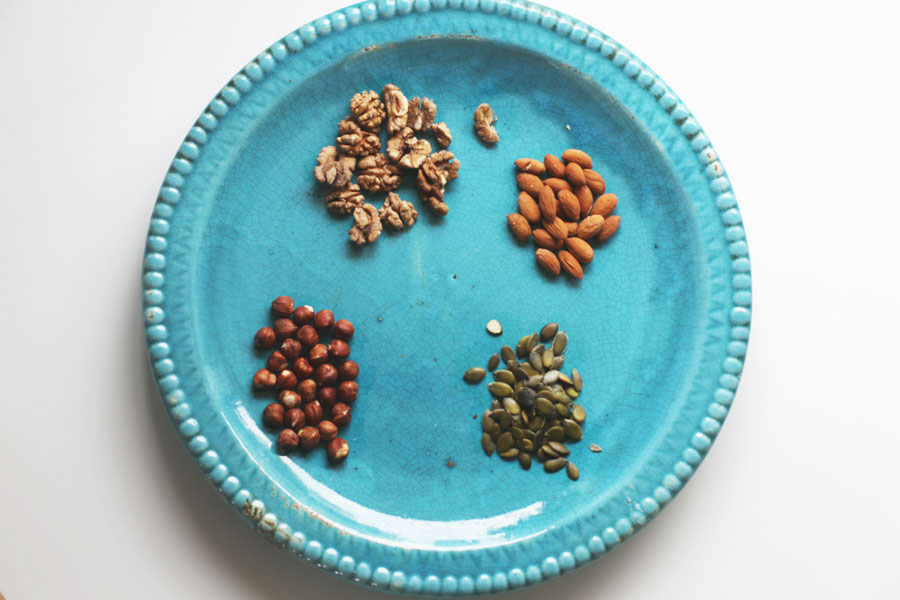 So far, you may think this is becoming par for the course, that a lot of people are packaging raw nuts or cacao nibs or making coconut oils… At ROAR though these products have been taken a few steps further. For instance, at ROAR, the raw nuts are soaked so as to strip the anti-nutrients they inherently have to avoid being eaten and ‘activate’ the sprouting properties of the nuts which is where all the really good healthy stuff lives. After Gabriel activates the almonds or Brazil nuts, he then dries them back out in such a way that they gain that all important crunch and flavour of a roasted nut, however without having lost their nutrients being cooked. 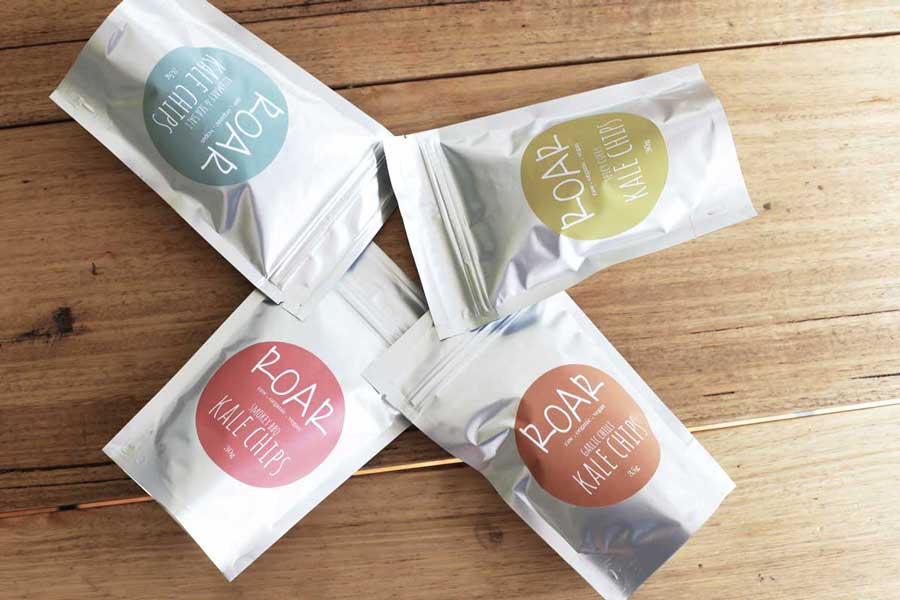 This kind of attention to the science and epicurean details of ingredients is applied across the board at ROAR. Gabriel has watched this field develop for a while now and has gone deep in both the application of smart principles in raw food development and also in a better kind of communication regarding the benefits. Talking with Gabriel about health claims for instance, you can see that he’s not only stripped the bitter tannins in the nuts, but also all the inaccuracies behind the certain health claims. Instead, Gabriel will break down the facts in say coconut sugar, and describe how their’s not really a lot of data to substantiate the low GI count. But as a scientist, he also knows the inulin in coconut sugar (which slows the sugars uptake in our metabolism) when properly tested, would indeed show a low GI and he clarifies this to his customers. 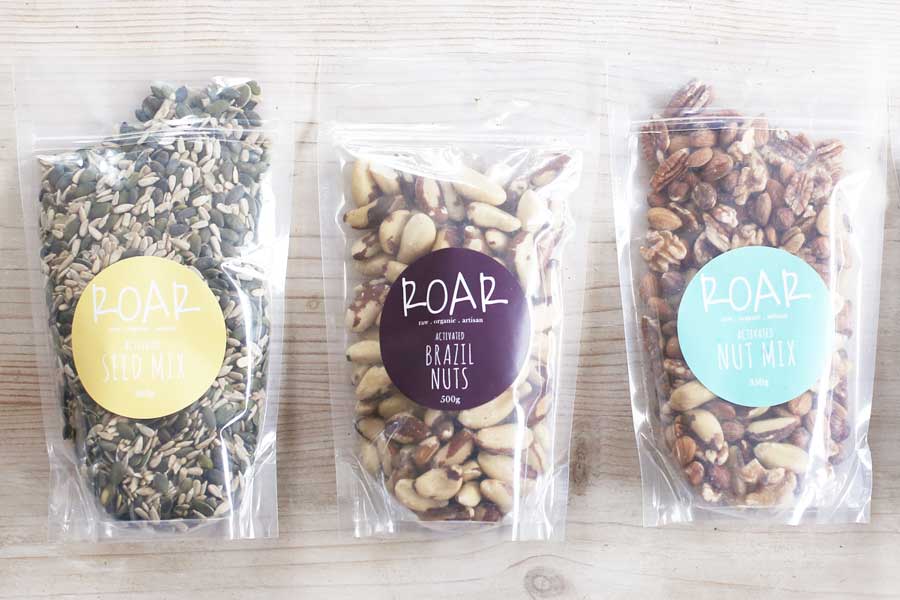 Reading through ROAR’s web site, you can find heaps of this rich level of detail. Even better, it’s not the nerdy approach Gabriel’s youth might have led him to. Instead, it’s got all kinds of accessible information on great tasting products and processes. Gabriel’s attention to food detail is matched with his commitment to great flavour and value. I highly recommend having a good peruse through these web pages to get a better understanding of what makes ROAR foods so great, and definitely worth the money. At Raeward Fresh stores around the country, we’re stoked to have Gabriel’s ROAR Foods on our shelves so that you, and maybe your kids, can have a seriously delicous food, including killer kale chips, that won’t get them beat up at school.
Recipe: Raw Christmas Cake 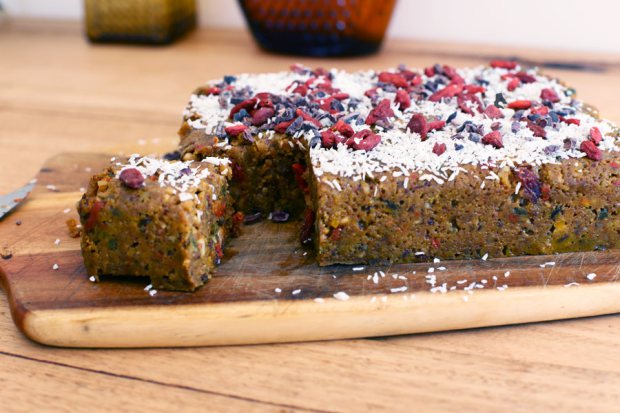 Gabriel has been kind enough to break out his chef skills this Christmas combining all these great nutritional tips with a seasonal and delicious culinary expression. Check it out!

*You can flambé the alcohol to burn it off or use 30ml vanilla extract (which contains a little alcohol) for a non-alcohol version.

Put all of the wet ingredients in a bowl together to soak.

Blend the dry ingredients in a food processor until they have reached a meal consistency. Ensure you do leave some nice big chunks for added textures so don’t over blend.

Your cake mixture should be moist and combined at this point. You may need to add a little extra water at this point but the less moisture you can get away with the less you will have to dehydrate out of it later so only do this if it isn’t combining in the food processor or look dry.

Put into the dehydrator for a minimum of 4 hours up to 24 hours (depending on the moisture content you added and how moist you want your cake). If you don’t have a dehydrator, just put your oven onto its lowest setting (usually 50°C) and wedge the door slightly open with a steel dish cloth or something. If all else fails you can just skip the dehydrating step and put into the fridge – your cake will be quite moist though.

Once the cake has finished dehydrating you will notice that some of the oil will have risen to the top. Poke some holes in the cake to let it soak back in and then smooth the hole over with a spoon.
Sprinkle over the garnishes.

Refrigerate the cake for at least half an hour before serving.
​
Merry Christmas everyone. I hope you all have a happy and healthy New Year : )